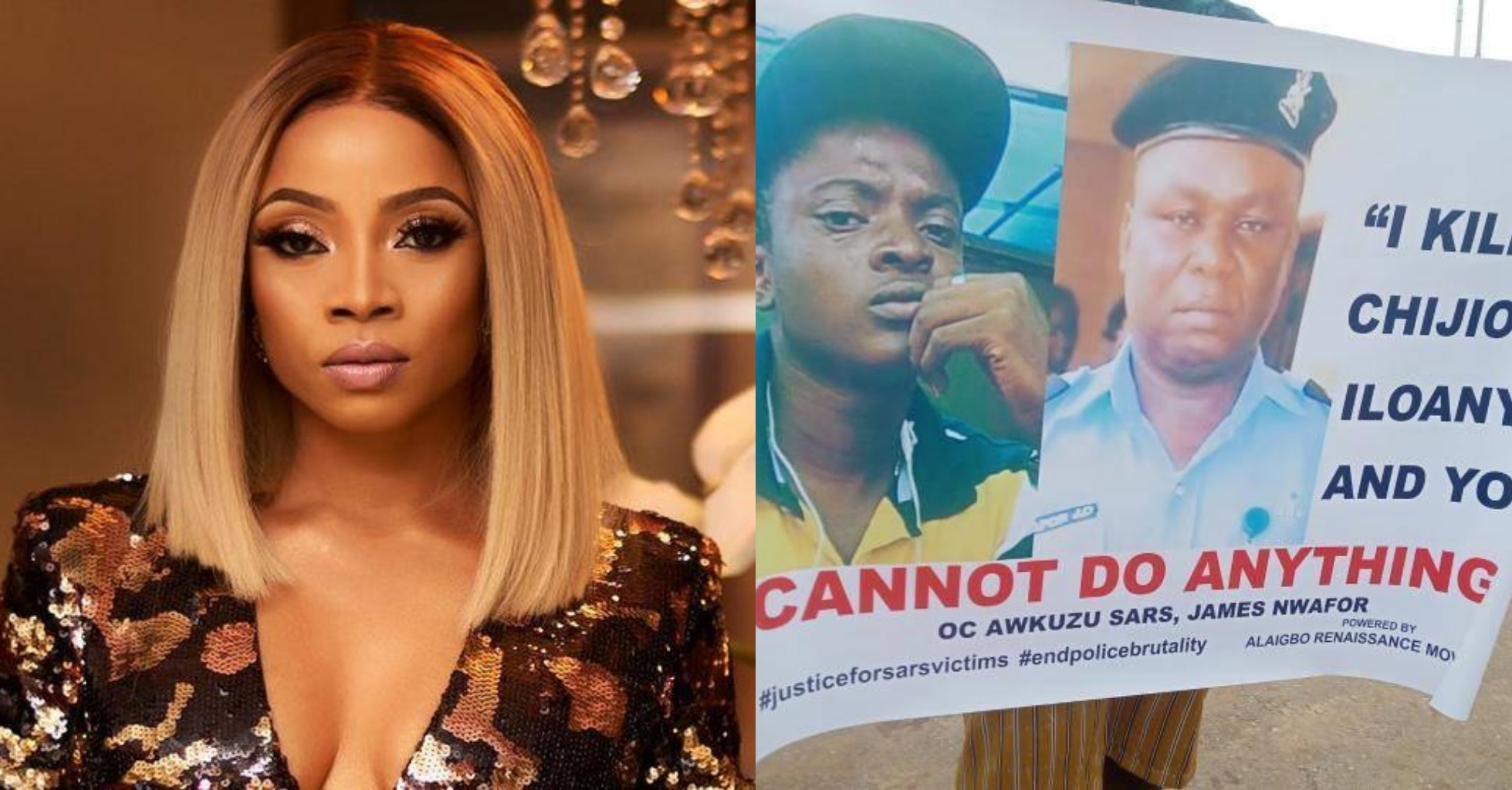 Popular Nigerian TV host, Toke Makinwa has called for the prosecution of SARs officer, Capt Nwafor, involved in the killing of one Chijioke Iloanya. 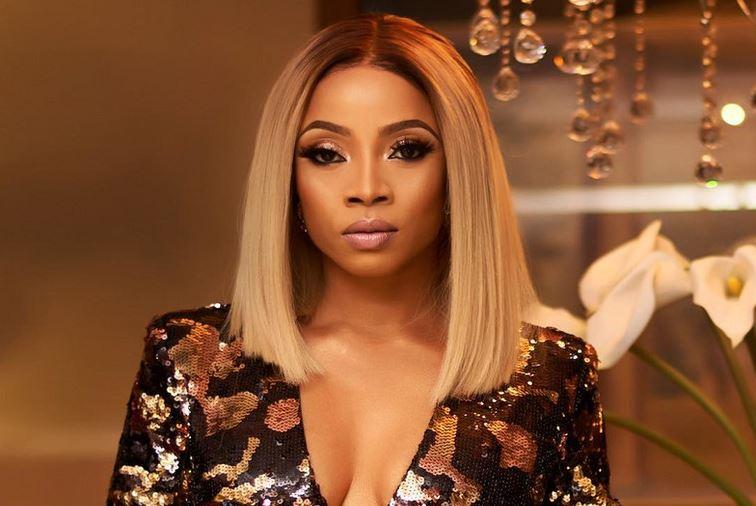 This is coming following a candle night held on Friday night by protesters of the ongoing EndSARs movement. At the event, the stories of different SARs victims were shared, one of which caught the attention of Toke Makinwa.

In reaction to the heartbreaking story, the vlogger wrote, “Hearing that story sent shock waves down my spine, what happened to humanity? That officer also has a family, he must be brought to justice, let us amplify our voices pls.”

She tweeted, adding, “If the VP wants to apologize he can start with prosecuting the officer in charge of Chijioke’s murder, he must watch that disturbing video and act now.” 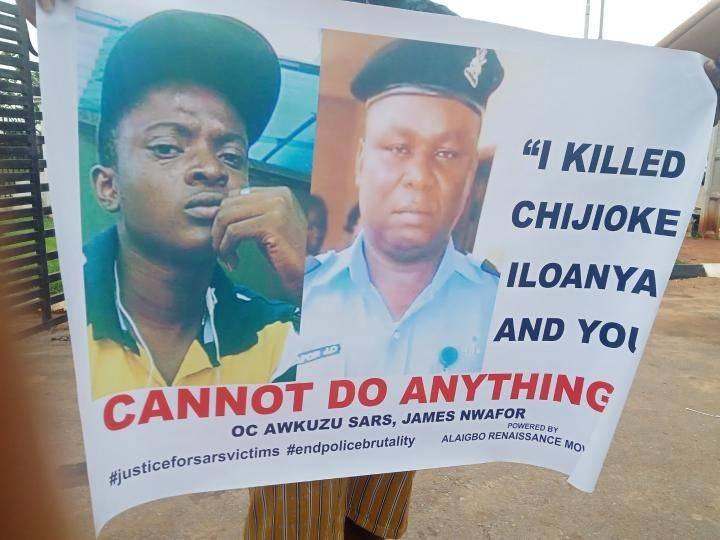 “Captain Nwafor must answer for his crime of not only murder but extortion, Mr VP sir, if you want us to answer your apology, your background is Law. You are a father and Pastor too. Get us Justice for Chijioke’s family @profosinbajo #Endsars retweet till he sees it.

“The IGP must produce Capt Nwafor to face justice or he should step down, all your meetings mean nothing to the families of the dead, your apology means nothing, you cannot compensate their families or bring them back @ProfOsinbajo #EndSARS.” 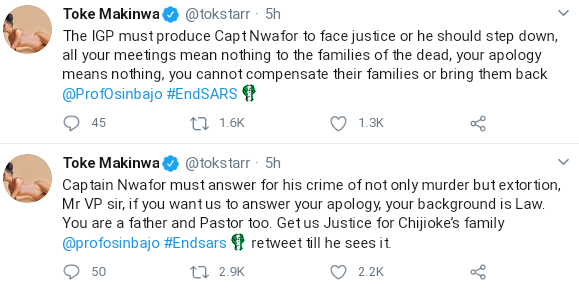