Rosie and Kachi, the maiden winners of the Ultimate Love TV show, are currently the topic of discussion on Twitter following reports that they have allegedly broken up.

This comes days after Kachi informed his fans that he has been battling with depression.

Reports making the rounds claim that Kachi had cheated on his fiancée, Rosie with his ex-girlfriend.

A screenshot containing messages allegedly from the mother of one has also been circulating online.

Although, neither of the couple have addressed the reports on social media, twitter users have begun expressing their grievances  and airing their opinions. 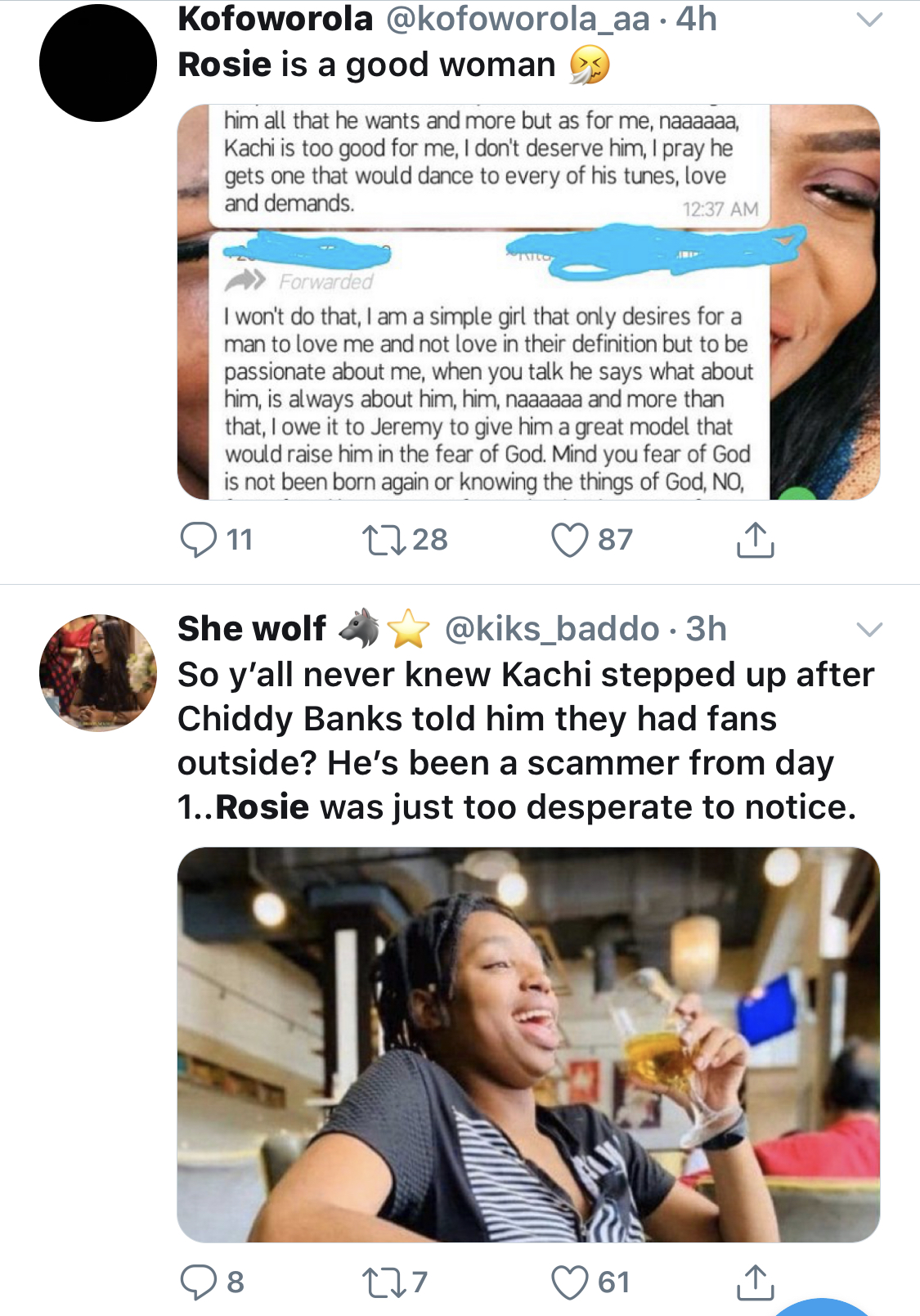 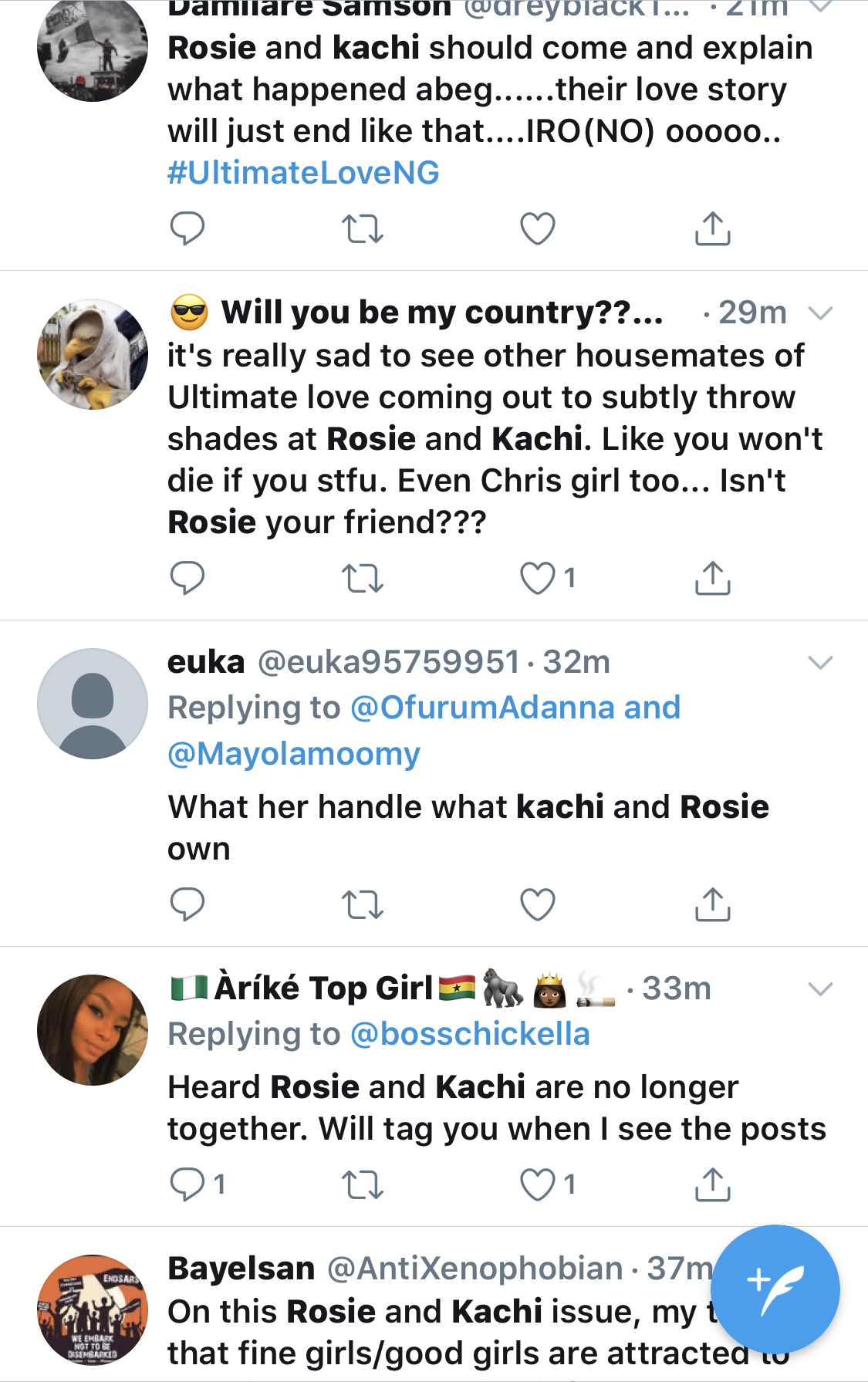 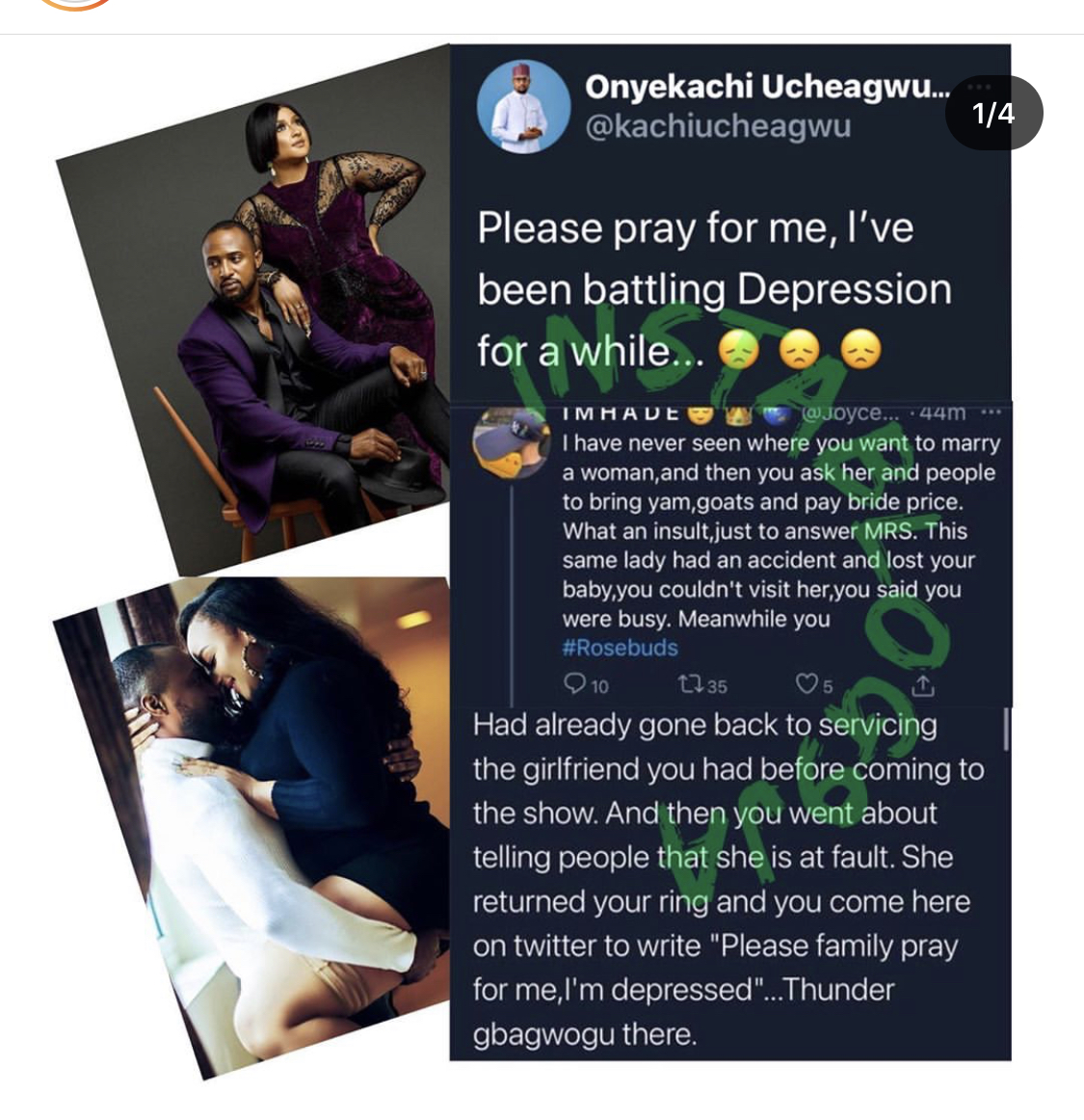 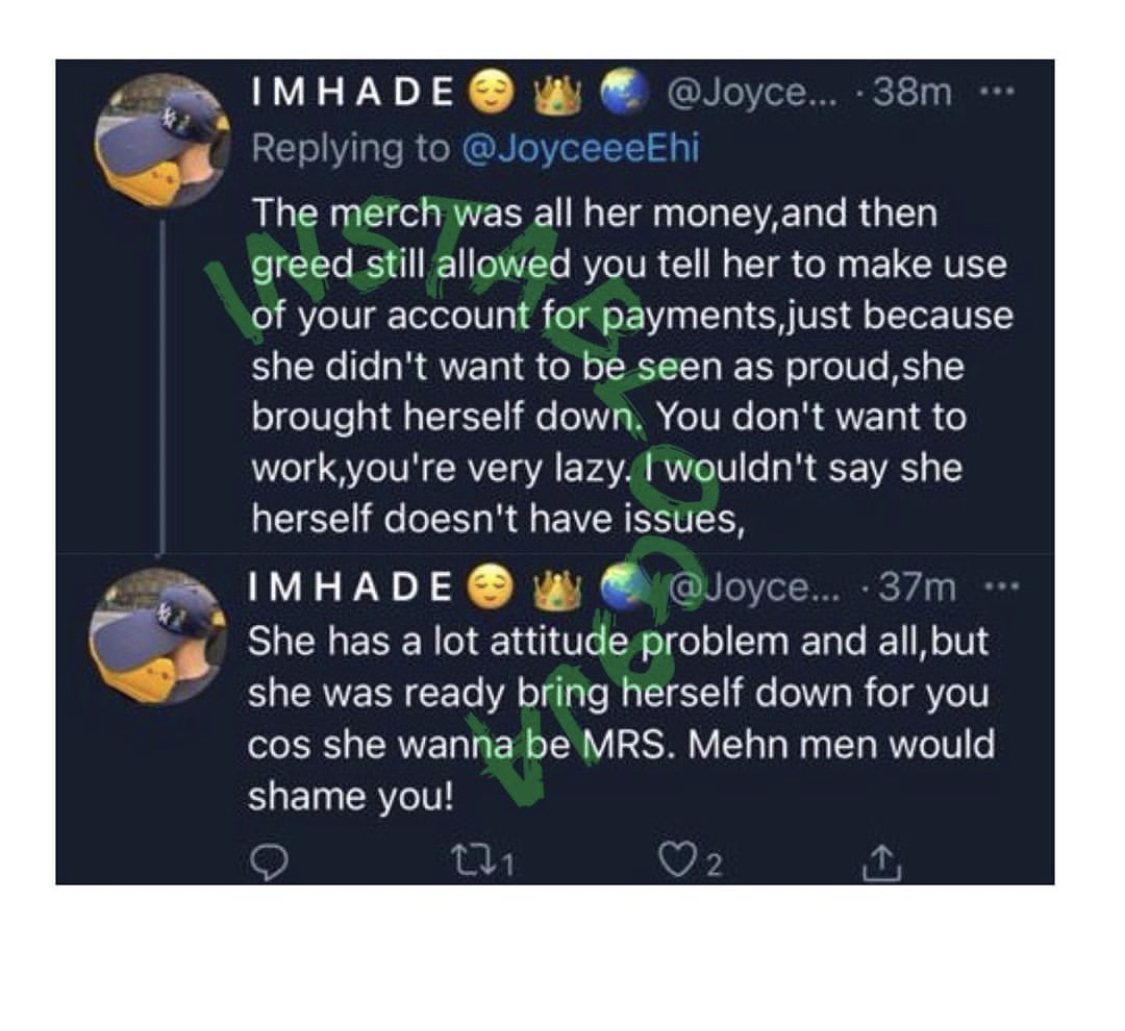