Popular Nigerian entertainer and one half of the defunct P-Square group, Peter Okoye, has reacted to the ban on #EndSARS protest in the Federal Capital Territory. 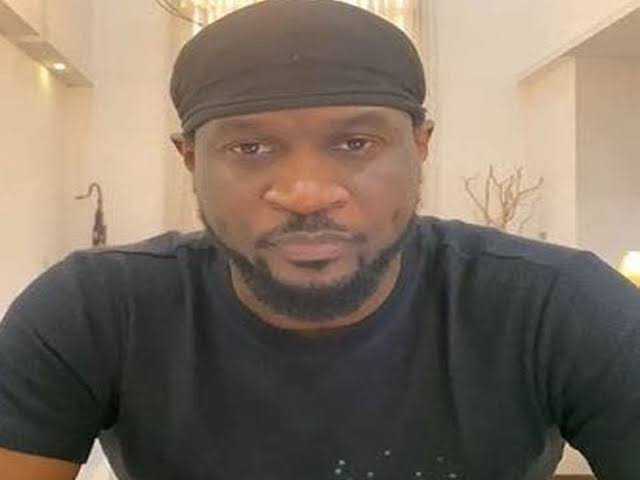 The singer who described those behind the ban as “clowns”, also queried them on what happened as politicians campaigned during the Edo and Ondo governorship election.

And what then happened during Edo and Ondo election campaign? Una Dey mad! Clowns 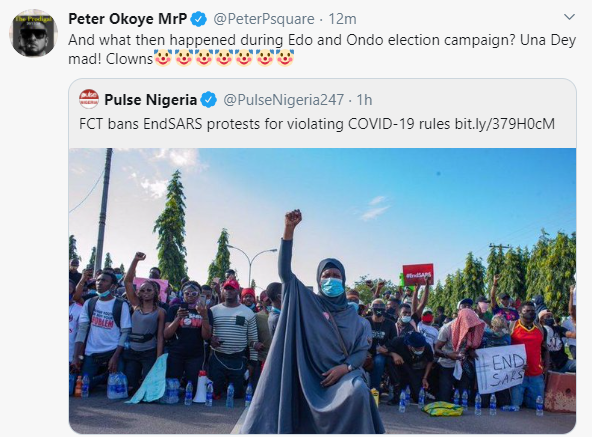