A group of Nigerian parents have challenged the disbandment of Special Anti-Robbery Squad, SARS by the Inspector General of police, Mohammed Adamu, saying it is not a welcome move. 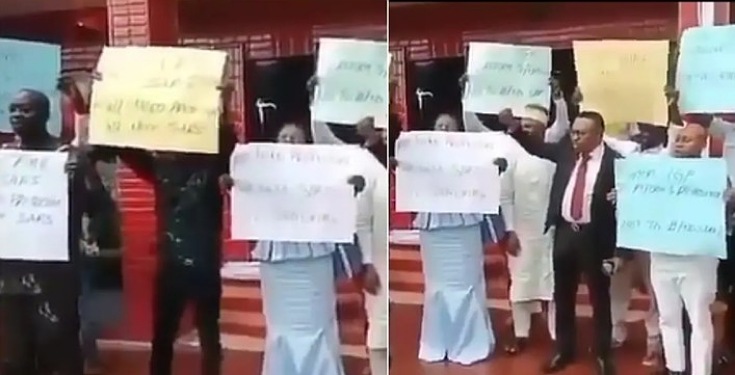 Recall that the IG of Police, on Sunday, October, 11, announced the dissolution of SARS following nationwide protests which has been on for the past five days.

The yet-to-be identified and disgruntled group who came out in their numbers, were spotted in a viral video speaking against the disbandment of SARS in all 36 states and the FCT.

In the video, the men and women which mostly comprises elderly people, were seen raising their placards, and demanding that SARS should not be disbanded.

However, Nigerians have blasted them for choosing to side with SARS who have assaulted, illegally detained, harassed and killed innocent youths incessantly.

They were accused of being insensitive to the feelings of the general public, adding that their sons and daughters may be the next victims.