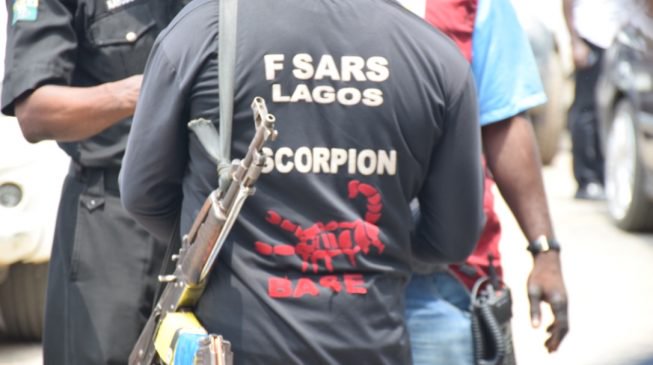 In the wake of nationwide protests against police brutality, the inspector-General of police, Mohammed Adamu announced the disbandment of Special Anti-Robbery Squad (SARS).

This decision was made after Nigerian Youths stormed the streets to take action and call for change. The Nigerian government had no other option than to yield to the demands of the people, who came out in their number to stage demonstrations and to request for the termination of the notorious police unit following reports that they were misusing their powers to inflict pains on innocent citizens.

The nationwide protests which gained momentum kicked off on October 8, after a video emerged showing SARS operatives allegedly shooting and killing a young man infront of Wetland hotel in Ughelli South local government of Delta State.

‘Young People’ are often being targeted as they are constantly harassed either because of their looks and the type of gadgets and vehicles they make use of. Hence, they decided to take charge of their lives because they are tired of being oppressed and abused by the same people meant to be protecting them.

The #EndSARS hashtag goes back to 2017, and it started off as a Twitter campaign used by people to narrate their experiences of police brutality. The campaign elicited responses from people who have suffered at the hands of the rogue police unit.

SARS was founded in 1992 by by former police commissioner, Simeon Danladi Midenda to combat armed robbery and other grievous crimes but these particular set of mischief makers are known for extorting, killing, raping, and committing all sort of crimes and atrocities with impunity.

Demonstrators have always insisted that they have no leader and they speaking with one voice despite the fact that some ‘people’ have tried to spin the narratives to cause a divide.

They divide you with religion, ethnicity, political parties, while they stay united, looting you dry, the only way they keep having their way is by disuniting you, impoverish you just so they can entice you with crumbs to do their bidding. WAKE UP NIGERIA #TheTimeIsNow #EndSARS

On October 11, the IGP revealed a new police unit known as Special Weapons And Tactics (SWAT) team has been set up in place of SARS.

This idea wasn’t well-received by Nigerians probably due to the fast timing and this raised eyebrows.

Five demands of the youths

People are skeptical about the new police unit due to the fact that the government in general has not given them enough reason to trust and believe them in past. Many still believe the government doesn’t have the best interest of the people at heart.

The accuracy of the mantra, ‘Police is your friend’ remains arguable and far from truth thanks to the activities of the Nigerian police force.

Nigerians are demanding for the total dissolution of every tactical unit and a reformation of the Nigerian police force.

Protesters have also submitted their five core demands to the government and these include; immediate release of all arrested protesters, justice for the victims of police brutality and appropriate compensation for their families, setting up  an independent body to oversee investigations into police brutality and prosecution of all reports of police misconduct, psychological evaluation and retraining of SARS officers before they are redeployed to other police units, and increase police salary so that they are adequately compensated for protecting lives and property of citizens. They are not accepting less and they also intend to tackle the bad governance and corruption in the country.

It didn’t take long before a photo of a man wearing the alleged SWAT Uniform began trending online despite the fact that people haven’t wholly accepted the unit.

According to the inspector general of police, Mohammed Adamu, former police officers from SARS will be part of the new unit but will undergo psychological and medical examinations to make sure they are fit.

“The officers are expected to undergo this process as a prelude to further training and reorientation before being redeployed into mainstream policing duties,” said Adamu.

Nigerians have stood their ground and have said ‘no’ to the creation of the new police unit.

People have also continued to agitate for an end to the tactical units.

Some Nigerians believe they are still the same set of people under the guise of a new name as they also cited how the government changed PHCN to NEPA but the issue of constant supply of light remained unresolved.

Guy it infuriates me when you say the FG said they ended Sars, we've heard this countless times, they were going to turn SARs officers to SWAT without proper orientation, that's like recycling the old fools into a new system. They didn't end Sars.

Efforts have been made to disrupt the peaceful protests. Is Nigeria truly a democratic nation if the people are deprived of their freedom to speak and be heard?

Protesters have said that they are tired of empty promises made by the government. The  Nigeria Police Force need to sit down and come up with a well-thought-out-approach that would bring relief to the citizens of the country.

Remember, these guys are still out there terrorizing youths, and brutalizing young intellectuals. We say no to SARS. We say no to SWAT. Prosecute the police officers that rough-handles those young ladies.

We are not tired. #EndSARS

The best thing General @MBuhari can do now is to tell us what he has done. Not what he will do.

Start by arresting and charging policemen who have killed Nigerians in the name of FSARS. That is better than rebranding from SARS to SWAT#SARSMUSTGO#EndSWAT#EndSARS#SARSMUSTEND

#SARS changed name to #SWAT only to continue hurting and taking lives of innocents.
As long as a murderous special police force exists #Anonymous will never stop striking back!

If you are able to understand the uselessness of SARS rebranding as SWAT, then you are able to identify the differences between abolition and reform, within a US context.

Whether you end SARS or you do not end SARS it does not change anything. SWAT or whatever you choose to call it would end up committing the same atrocities. A system is just a function of processes, sub processes and steps. Simple statistics… fix the root cause

We wanted SARS ended but they said no, instead they renamed them SWAT, released them to kill protesters, extort money from people, vandalizes shops and people's homes yet they are still blaming the youths. Hmmmm! Naija I hail oooooh!#EndSars

Implementation of SWAT without proper reforming of police institution is too early. I G shouldn't be much faster until everything is under control. The same SARS personals are being integrated to SWAT without even confirming the cry of the youths .it's quite unfortunate in fact.

It was too early to make such decision citizens sees it as if it’s a old wine in new bottle. The IGP should have been patient enough since der is nationwide protest on this particular unit dey don’t have adviser and see the result of lack of patient we all bear it together even the IGP is not safe this time around and his family inclusive. May God deliver us in this country.

For doing that shows their foolishness and insensitivity to the plight of their people. They think we are fools! No…!! Enough is a enough

There must not be vacuum at any security space, rather the need for more fortifications, most especially when a unit is disbanded as the case with defunct SARS, there is a swift need for replacement.

For me, I say kudos to IGP for been proactive.

However, they must take into cognisance the insensitivity of their past actions.

The swiftness in the change of SARS to SWAT means it’s just a change of name and that’s senseless.

It remains to be seen if replacing Federal Special Anti Robbery Squad, FSARS, with Special Weapon and Tactics, SWAT, will bring any positive difference.