Nigerian female superstar singers, Tiwa Savage and Yemi Alade, are not in a rivalry. This is clearly seen by their public display of love for each other.

Contrary to what many people think, both singers support each other’s career. Tiwa Savage, who released the visuals to her song featuring Naira Marley ‘Ole’ on Friday, received support from Yemi Alade on Twitter.

Also on Friday evening, Tiwa Savage returned the gesture when the self-proclaimed ‘Mama Africa’ announced her album is ready for release in November.

“Kill it sis and thanks for the love“, the singer fondly called ‘Mummy Jam Jam’ retweeted. 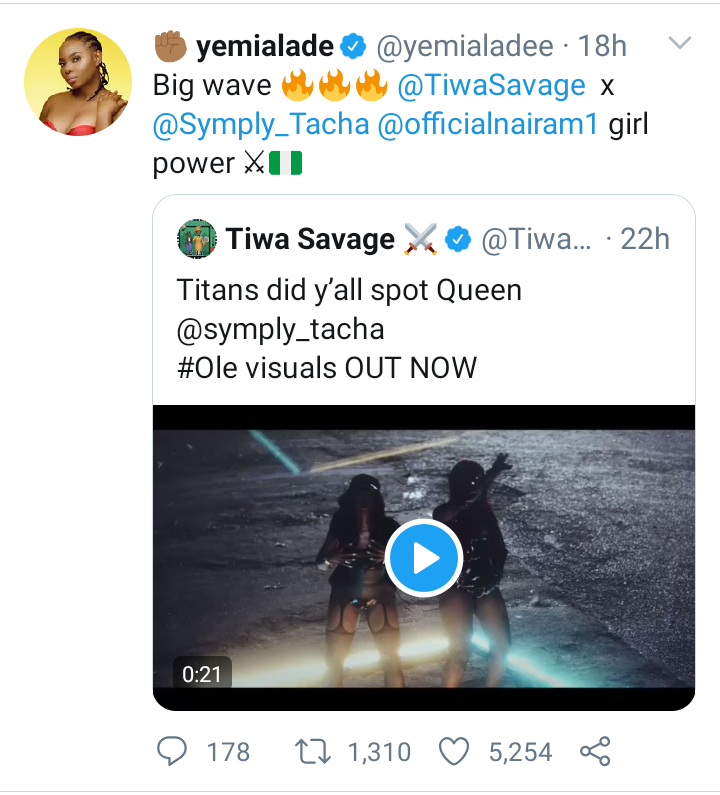 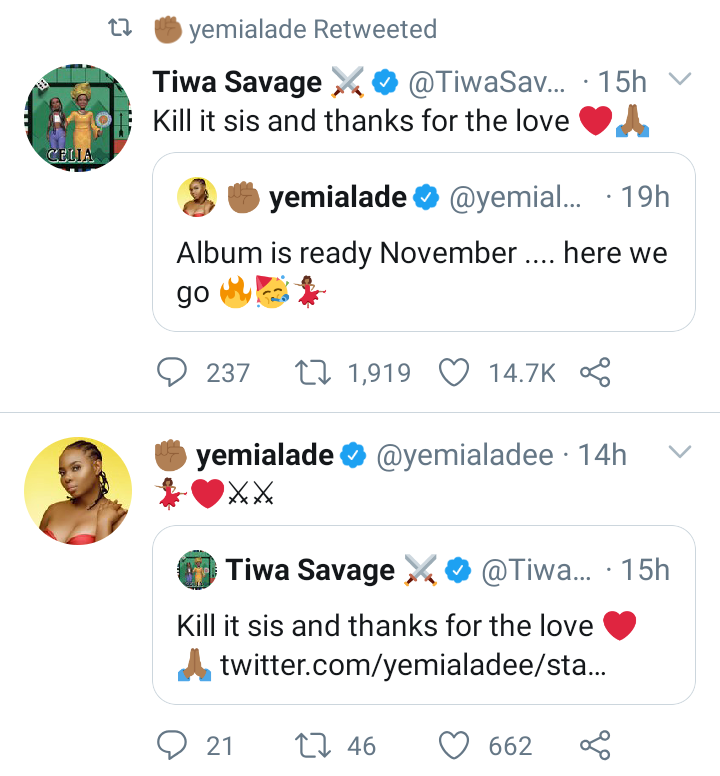