Aik Eke, brother to Nigerian actress, Chacha Eke has washed his hands of any issue involving his sister and her husband, Austin Faani.

Information Nigeria recalls Chacha claimed she has been diagnosed with bipolar disorder and she blamed her outburst on social media on the mental illness.

Taking to Instagram, Aik debunked the claim as he mentioned that she lied to defend husband who has been subjecting her to abuse.

Chacha, however, released a video in which she stated that she hasn’t seen her brother in two years and she warned him to stop getting involved in her marital affairs.

The actress also revealed she is pregnant and she is expecting her 5th child with her husband.

Aik Eke, in his response, shared a photo of them together taken in 2019, adding that he will not get involved in her case again because she doesn’t want to be saved.

“I believe those that said I should fight for my sis will chill now? You can’t save who does not want to be saved. You haven’t seen me for two years Wow! When next drama pops up, I will sit with the audience and enjoy the view, enjoy your bipolar”, he wrote. 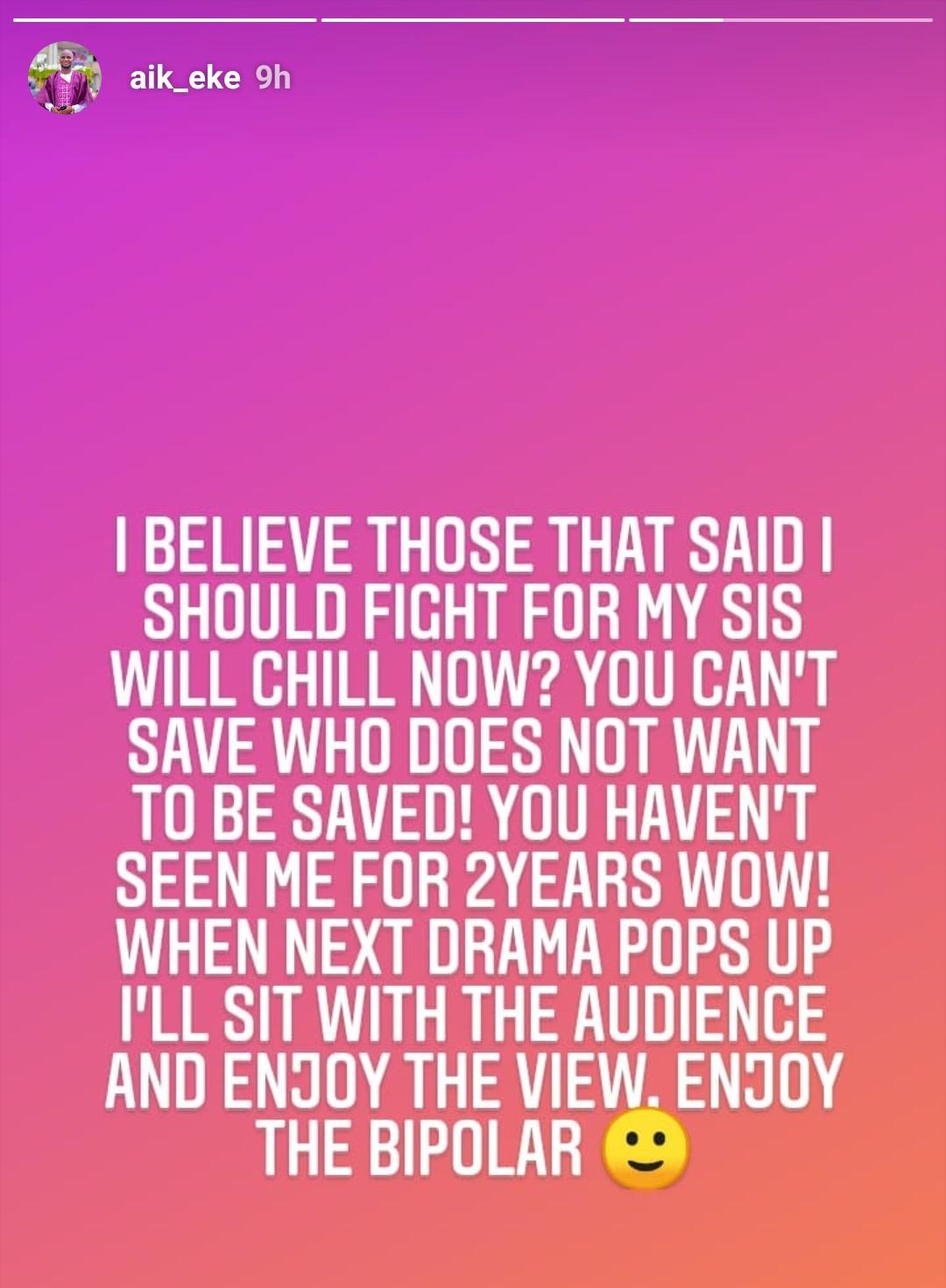 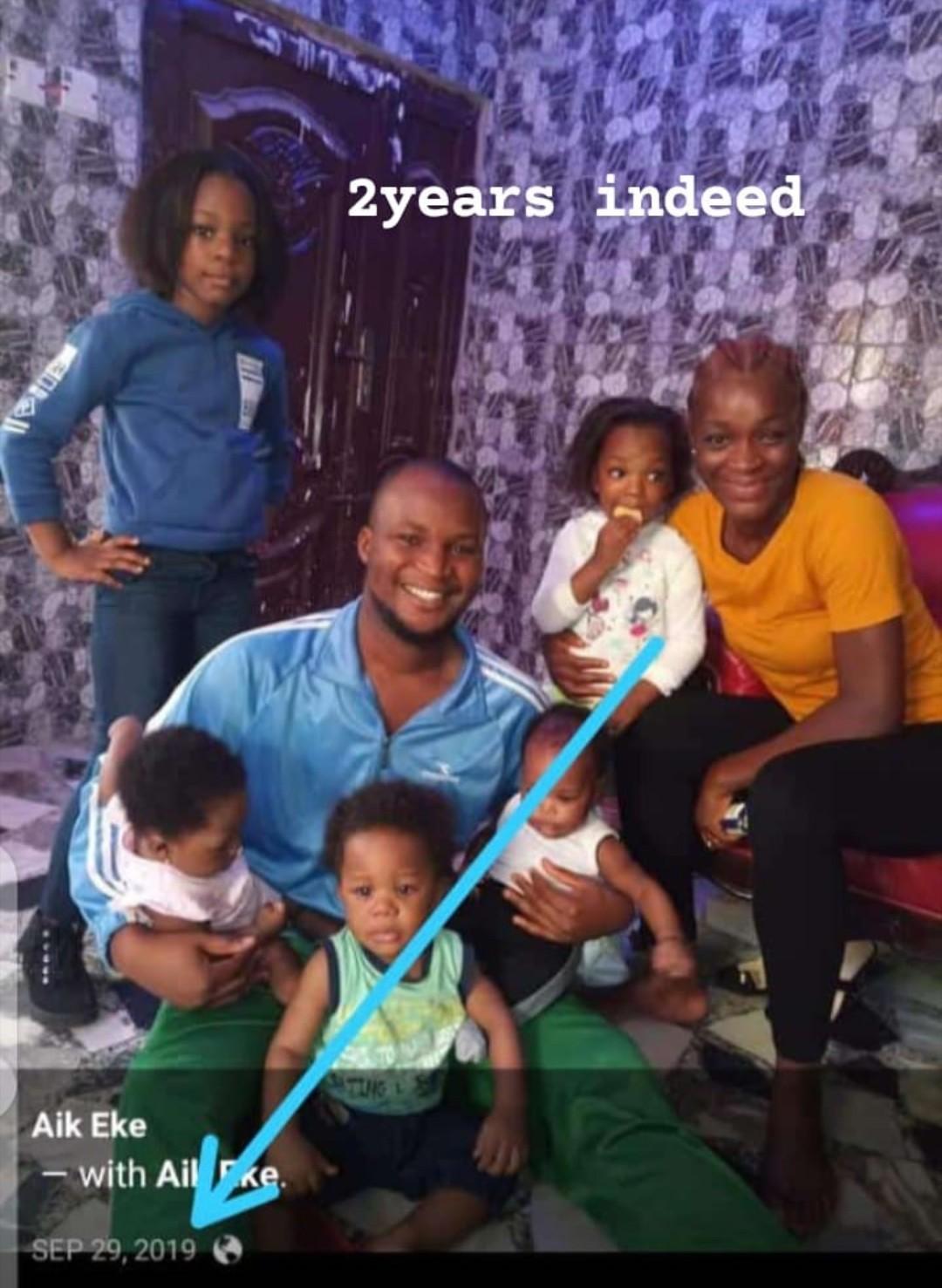