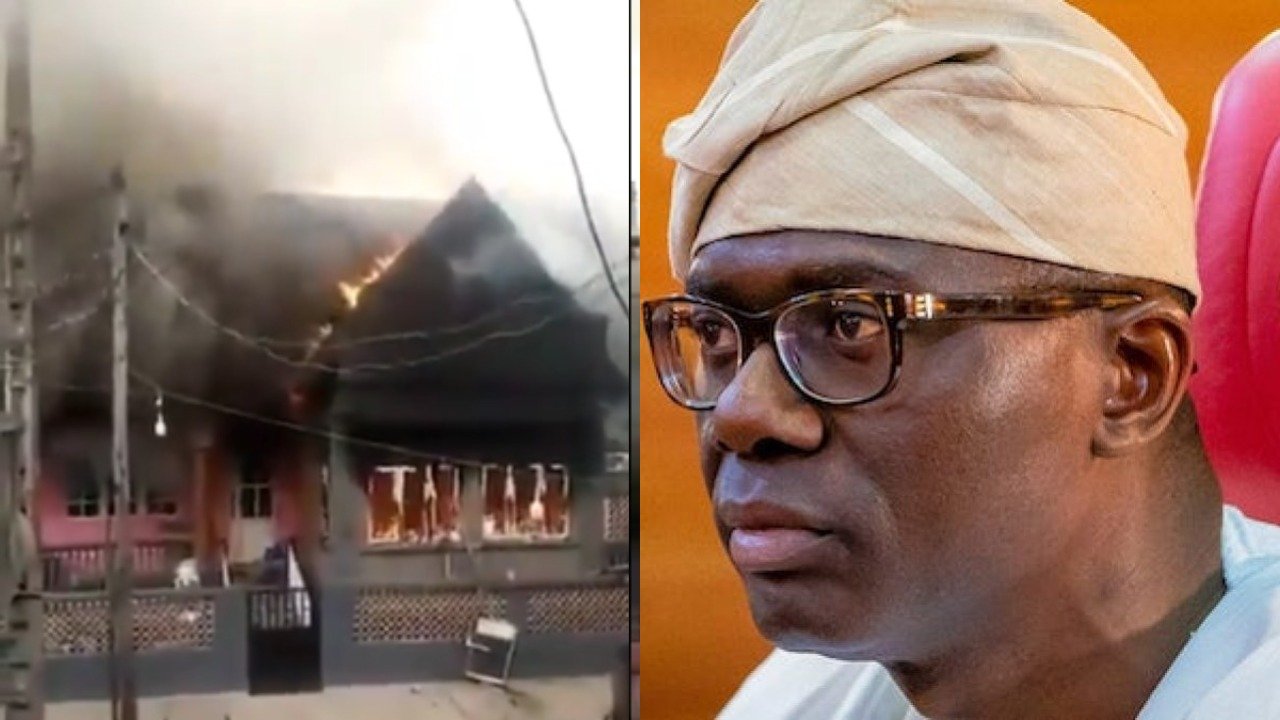 Lagos youths have set the family house of Governor Babajide Sanwo-Olu on fire.

This was after the Governor said that no nobody was killed during the shooting by soldiers at Lekki Toll Gate on Tuesday night.

Sanwo-Olu had debunked claims that the soldiers opened fire and killed some peaceful protesters.

Recall that men of the Nigerian Army reportedly opened fire on protesters following the declaration of 24 hours curfew by the Lagos State Governor, Babajide Sanwolu.

Voices in viral footage blamed the shootings on soldiers.

However, the angry youth attacked several important places such as Nigeria Port Authority, TVC News, and the family house of the Governor where his mother resides.