Movie producer, Chijioke Nneji has reacted after his’s ex-wife accused his fiancée, Eve Esin of destroying her home and seizing her kids.

In response to this, Nneji, defended fiancée as he shared screenshots of his chats with his ex-wife in which he advised her to move on.

The movie producer also noted that he is enjoying the so called ‘juju’ his fiancée used on him.

Sharing the screenshots, he wrote;

“Attn: Let it be known that I will NEVER call my kids bastards and this is the last time I will come out to discuss my personal/family issues on social media.”

Esin also responded to some comments made by her fans regarding the issue. 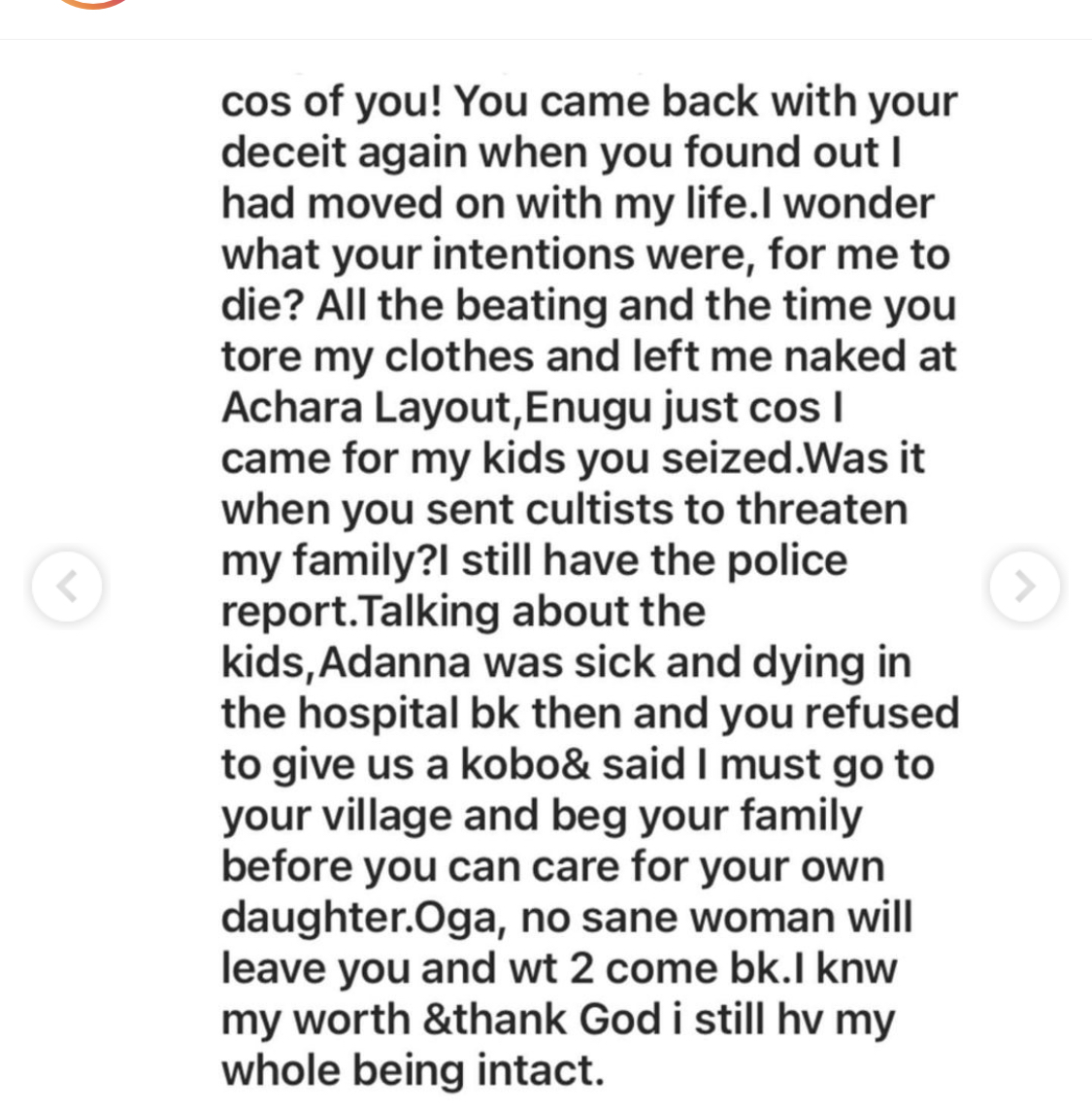