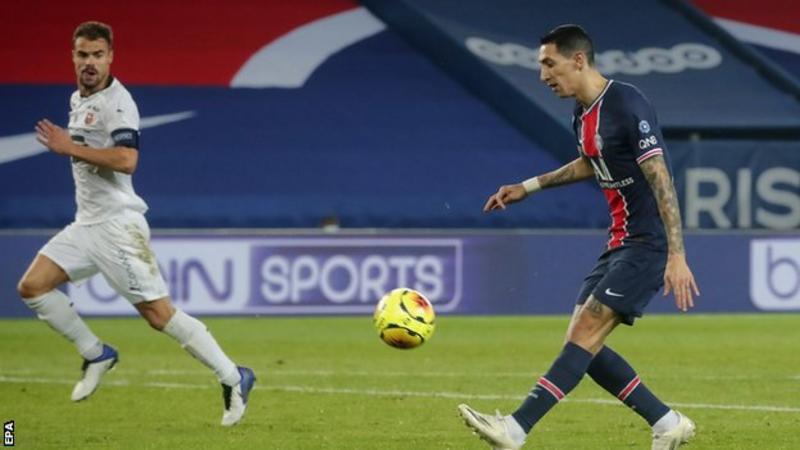 French Giant PSG picked all three points against Rennes last night all thanks to Angel Di Maria who scored a brace.

Moise Kean scored a goal as well which is his fifth goal in five games as Paris St-Germain moved five points clear at the top of Ligue 1.

They were able to do this without the duo of Kylian Mbappe and Neymar who are out on injuries.

PSG will however also have to worry about Kean, defender Thilo Kehrer and midfielder Idrissa Gueye, who all had to come off prematurely during the match yesterday.

The Argentina winger made it 3-0 with a low deflected shot in the 75th minute.

Julien Stephan’s side, making their Champions League debut this season, regularly threatened in the PSG area, but goalkeeper Keylor Navas was called into action only on a couple of occasions.

PSG coach Thomas Tuchel will be thankful for the upcoming international break as most of his key players are now on injury. Hopefully, they will be back after the break.