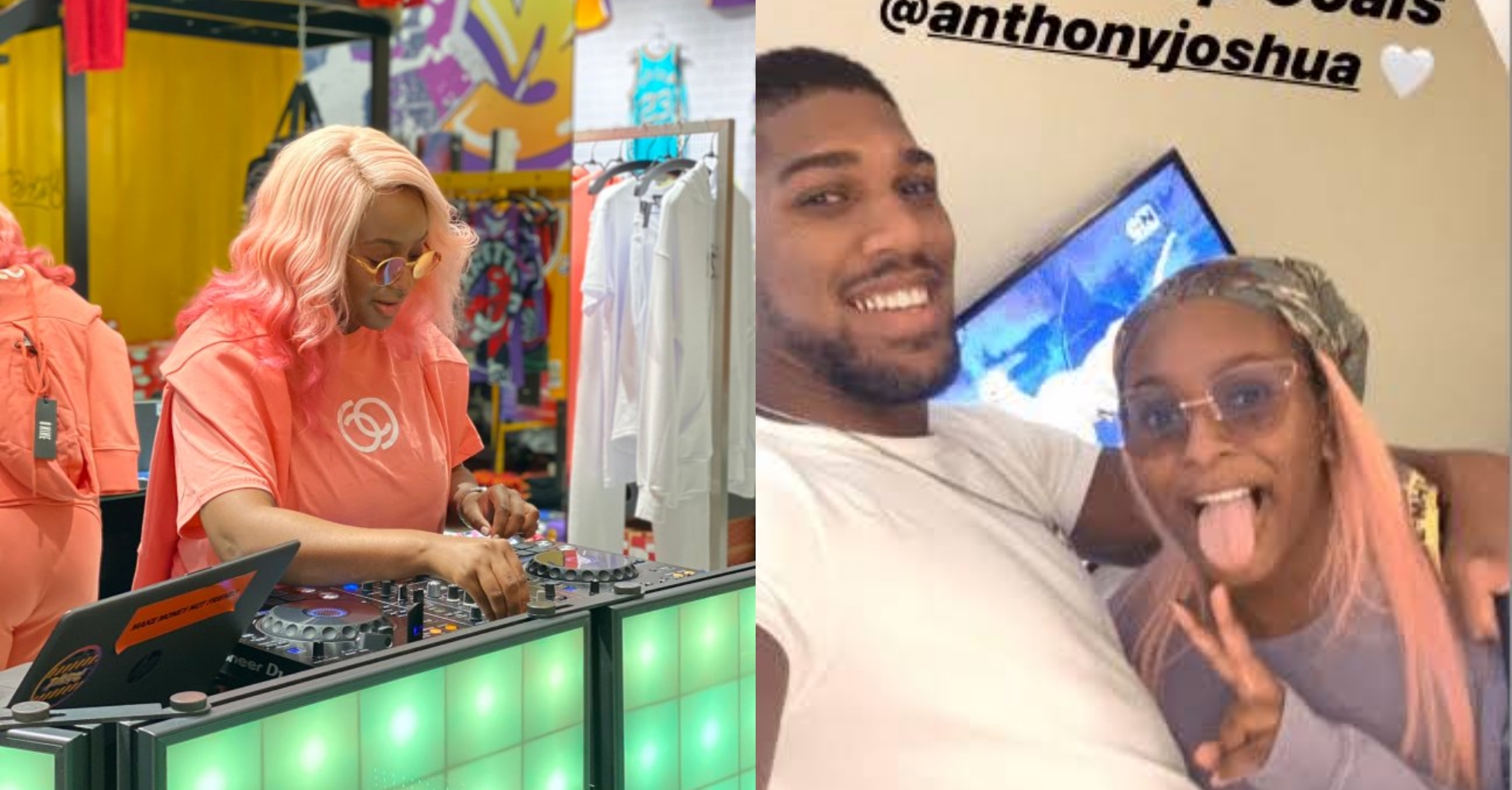 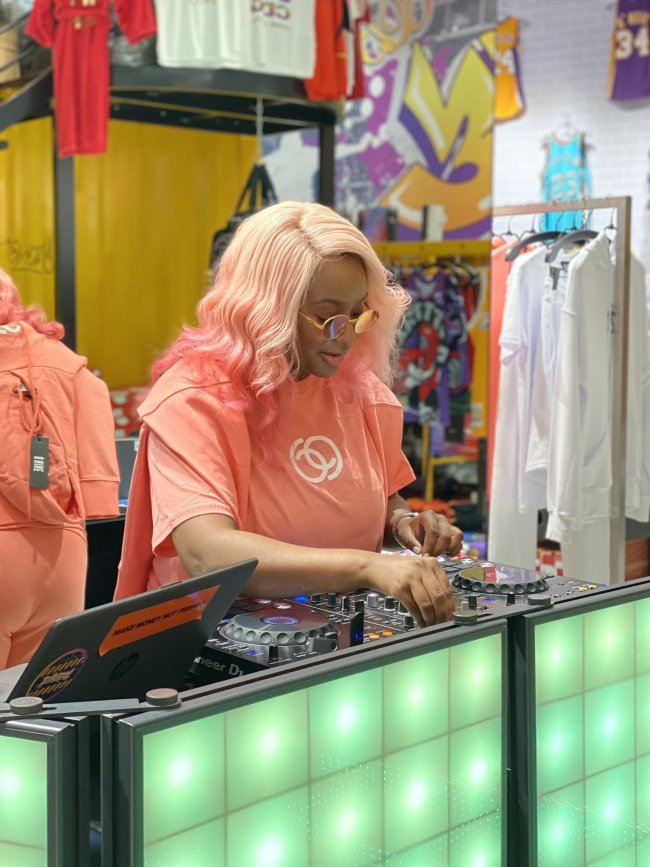 Cuppy stated that the WBA heavy weight champion would one day make a good husband when he eventually decides to settle down.

She also revealed that contrary to beliefs she may have a thing for Joshua or that she would want to marry him, the only relationship they have is just ‘good’ friendship. 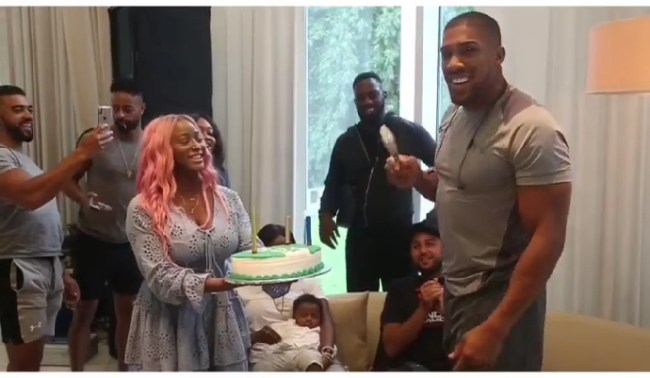 The music producer stated this during a question and answer session with some of her fans on Twitter.

“Who you wanna marry, AJ? #AskCuppyAnything”

“Well,@anthonyfjoshua and I are just GOOD friends, but he would make a GREAT husband one day!” 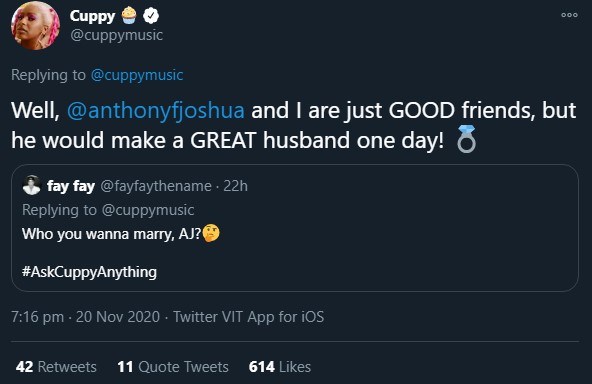