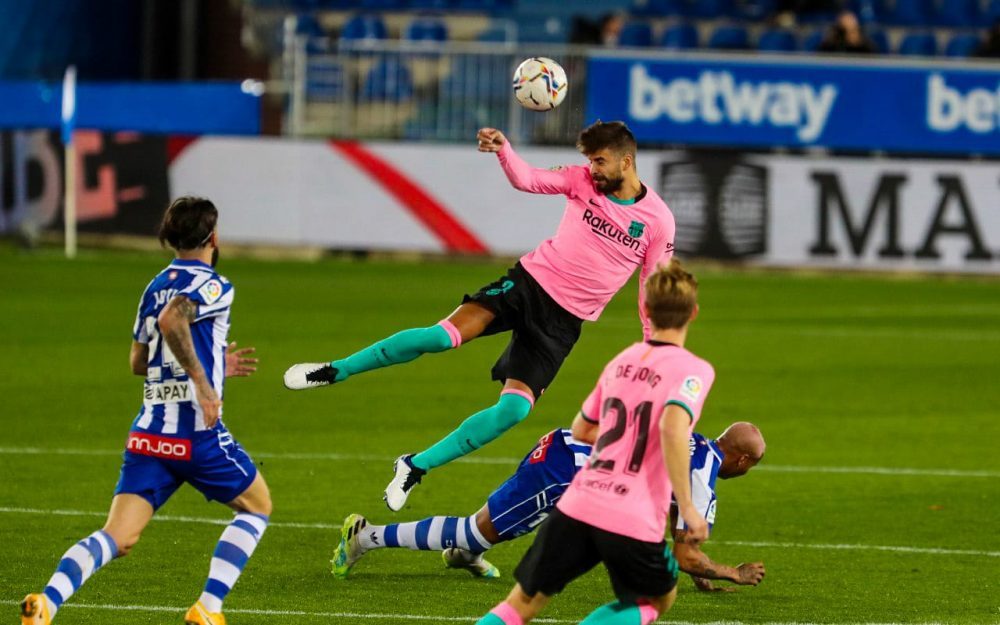 Spanish giant, Barcelona suffered yet another woe yesterday after they were left frustrated and unable to secure a win against Alaves.

Alaves refused to give the Catalans any chance of getting 3 points off them as the match ended 1-1.

The match saw Alaves having the lead in the first half as they found the net in the 31st minute thanks to a Luis Rioja effort.

However, Ronald Koeman’s men pulled in the leveler in the 63rd minute with Antoine Griezmann scoring the goal.

Barcelona star forward, Lionel Messi came close to getting the winner in stoppage time following a trademark run across goal and he went for the far corner but went just wide.

With this latest result, Barcelona are at the 12th spot on the LaLiga table as they have only picked two points from their last four league matches.

The Catalans are now far behind league leaders and rival, Real Madrid.

Barcelona’s poor performance is worrying this season and is part of what led to Josep Maria Bartomeu stepping down as the club’s president.