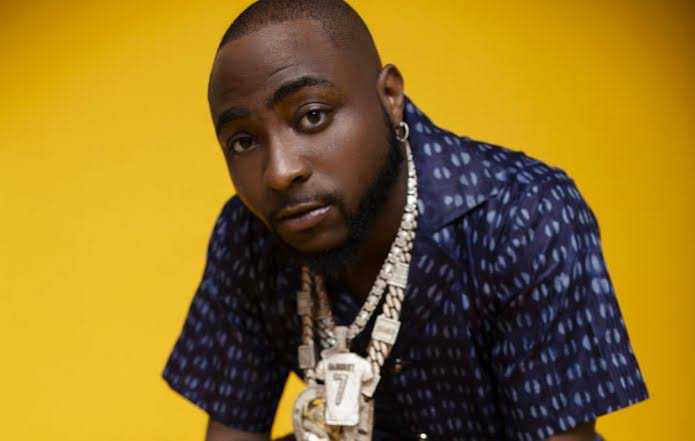 Don Jazzy took to Twitter and asked the award winning singer to organize a giveaway for his fans on social media.

Donjazzy requested for an iPhone 12 pro, and Davido in his response, said he can only do infinix give away because he’s their brand ambassador. 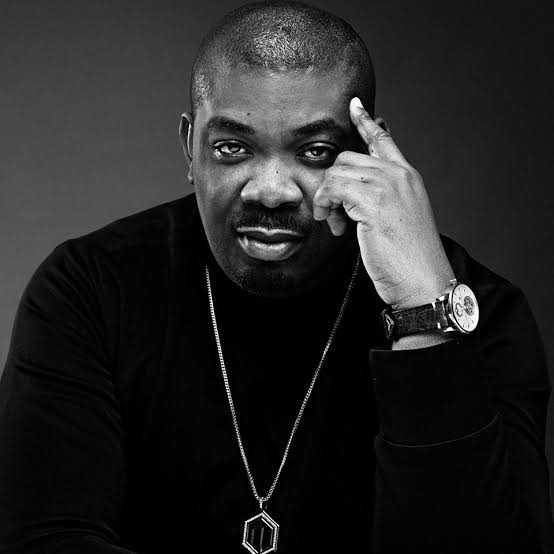 This has caused an uproar on Twitter as many fans are now demanding for an infinix phone from the Fem crooner. 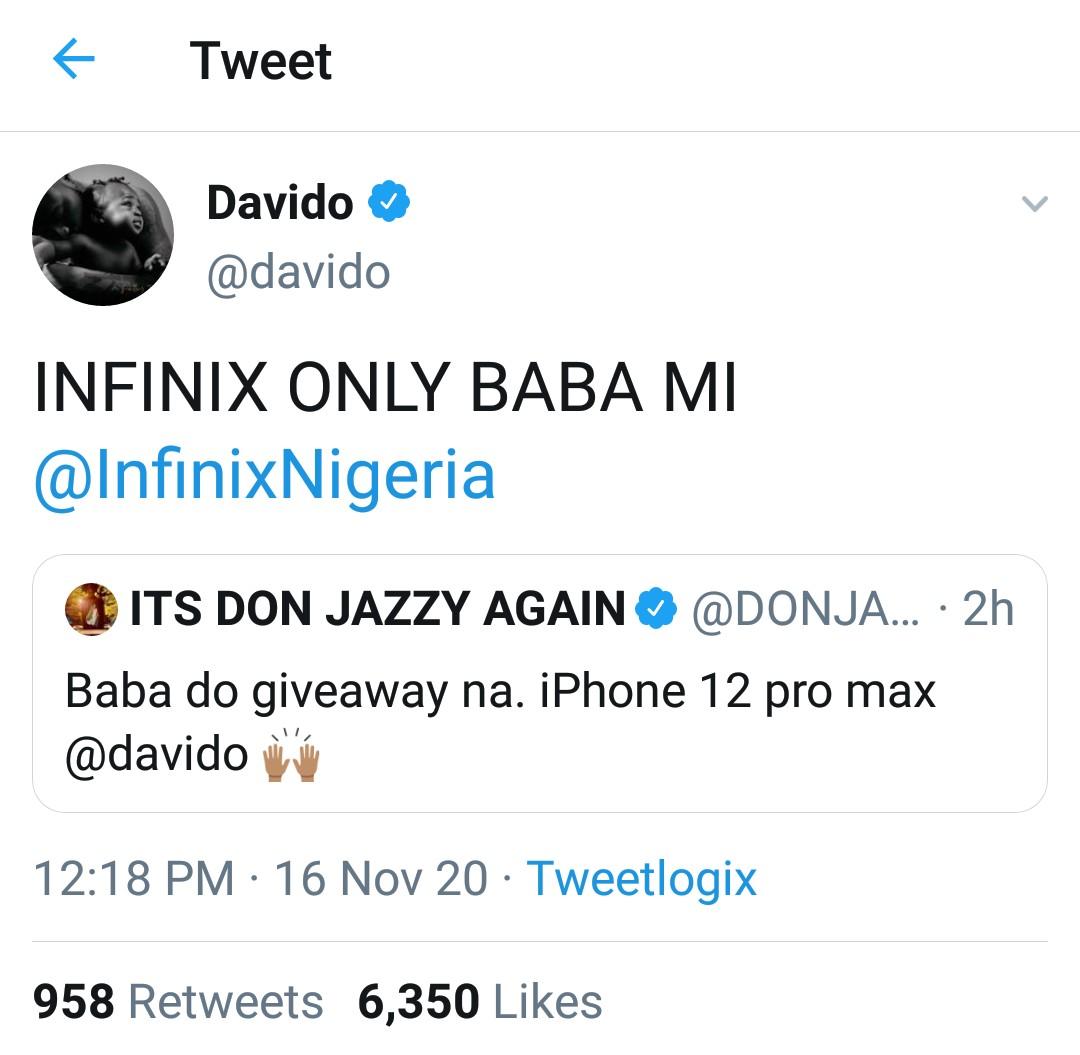