The two models, who used to be close friends, clashed on Twitter on Thursday over allegations of stalking and jealousy.

One of the ladies, Kenza revealed how she allegedly escorted Eva Apio during her trip to  to Myokojos in Greece with popular singer, Davido despite the fact that they were aware that his fiancée, Chioma Rowland was pregnant for him at the time.

“Are we going to talk about the time Eva asked me to come to Mykonos with her as a plus one with Davido and I was made to look like the “escort” whole time I was the plus one and she knew he had a pregnant baby mum. I was just there for a free trip lol but I’m the crazy one…” 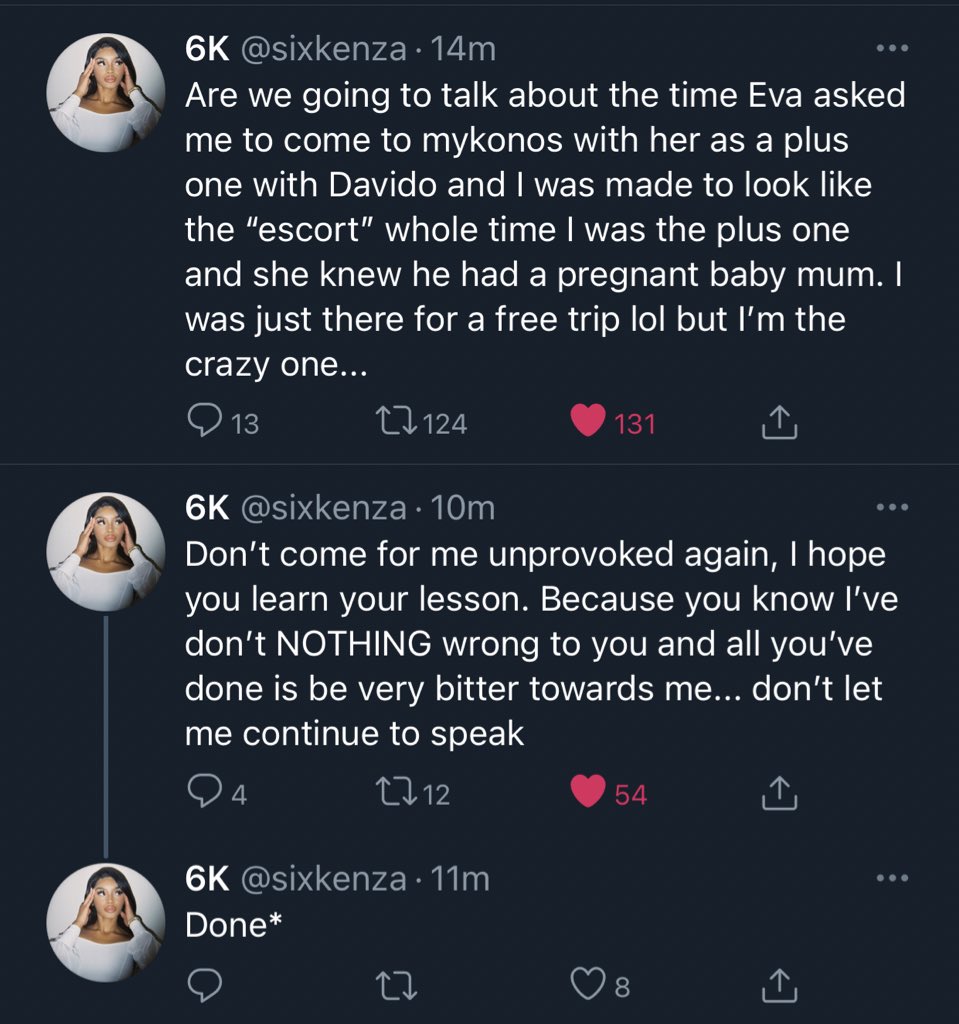 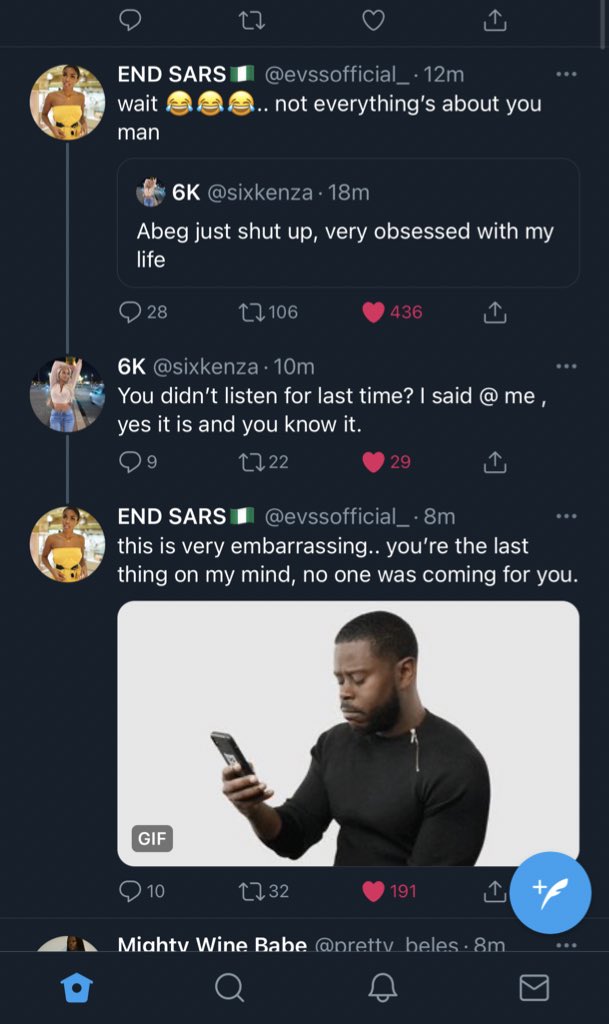 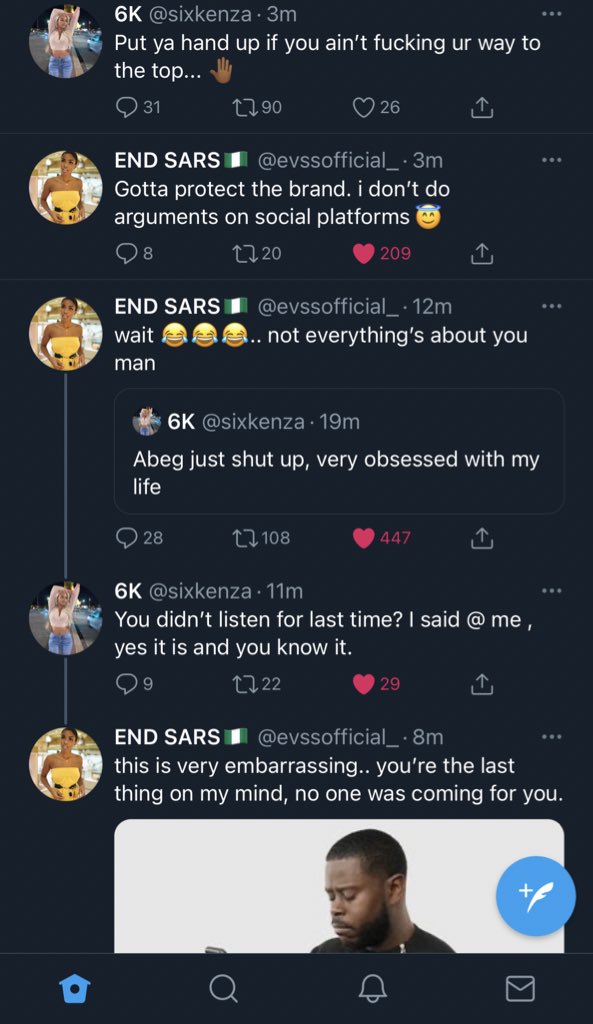 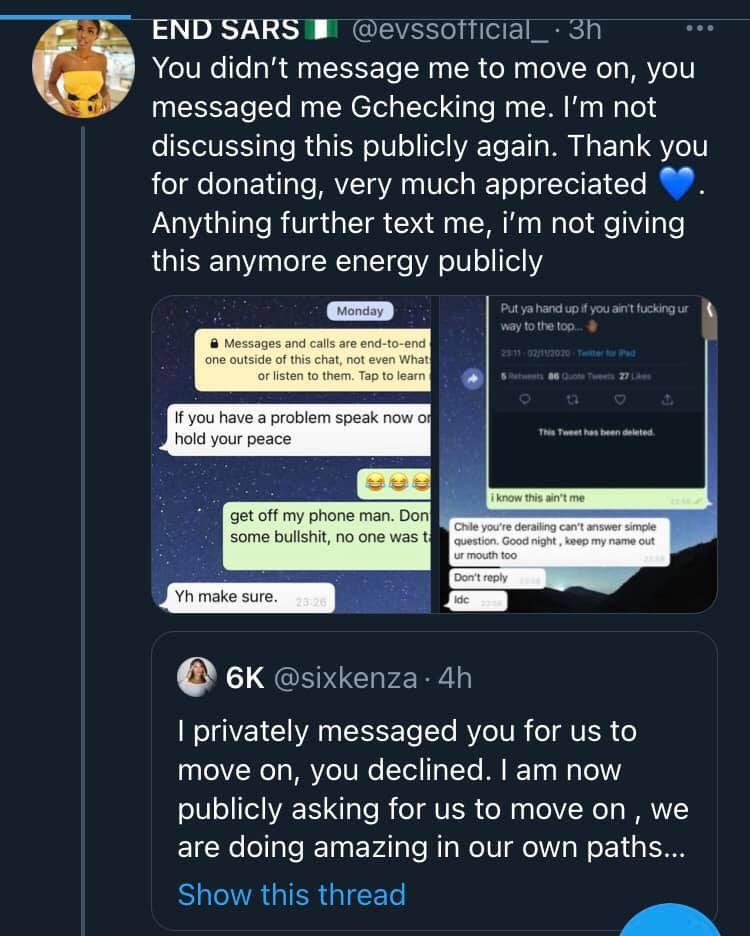