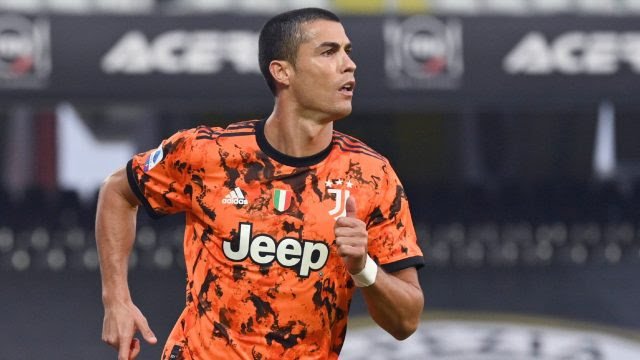 Lazio today hosted Juventus in the Italian Seria A League.

With the return of Cristiano Ronaldo, fans had expected the Old Ladies to pick all points.

Ronaldo’s early goal, which is his 6th this season was believed to be enough to secure Juventus’ win but just as he did against Torino, Caicedo cut the dream short.

Felipe Caicedo did it again for Lazio after he gave them a late equalizer.

The result leaves Andrea Pirlo’s men third in the Serie A table on 13 points, while Lazio are now joint fifth, though they have just two wins in their last six matches.

Juventus took the lead through Ronaldo just 15 minutes into the game when Juan Cuadrado got to the goal line and crossed for the No.7 who played it into an empty net from close range.

The game went on with each side struggling to create goal chances which didn’t yield result and it looked like Juventus were set for three points, however, during the additional minutes, Caicedo collected a Correa pass in the box, turned Leonardo Bonucci, and fired into the net.