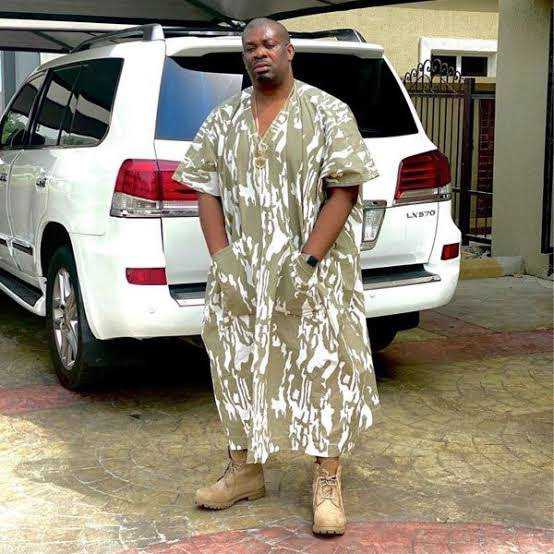 The Maestro music producer who turned 38 on Wednesday, November 26 revealed this to Chijekwu Michael, a Punch Newspaper correspondent while talking about the highlights of his career and life in a recent interview held over the weekend.

According to him, he prefers putting on robes and big clothes generally because they help hide his “boobs”. 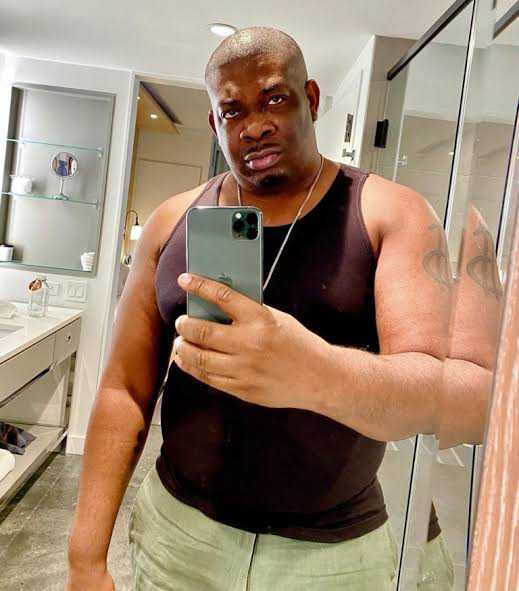 “You seem to like free-flowing robes. What influences that fashion choice?”, the interviewer asked him.

Don Jazzy replied, “Absolutely nothing. I go for anything that is available. Different fashion designers that want to work with me give me clothes to wear or I buy them. I am not a fashionista; I don’t know anything about fashion. I wear anything that looks good on me. However, I prefer clothes that don’t show my ‘boobs’.

However, when asked what his take on the current state of the music industry is, Don Jazzy said;

“It is getting more structured now than it was when we were coming up. There is hope and something to look forward to. It looks great.”

Meanwhile, in same interview, Don Jazzy disclosed that he is very happy even without a wife and children.