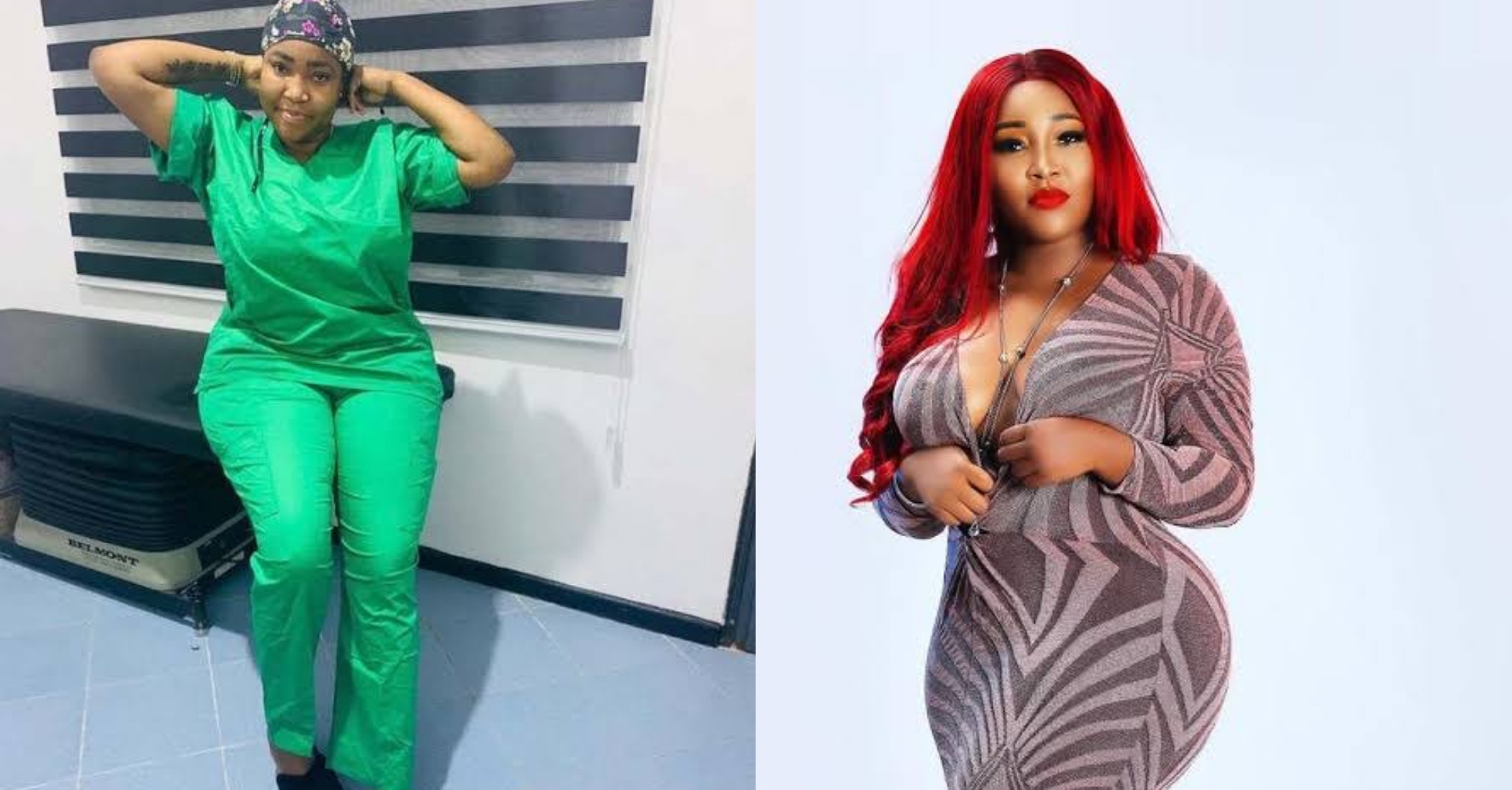 Dr. Anu Adepoju of Med Contour has reportedly been suspended from practising by the Nigerian Medical and Dental board. 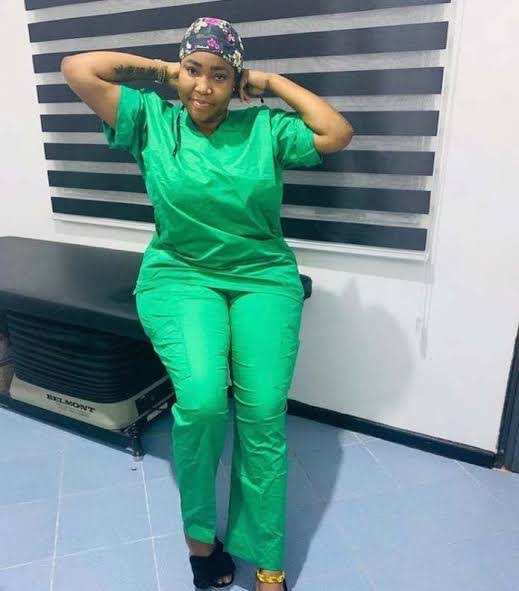 Twitter influencer and doctor, Dr. olufunmilayo shared the new via his Twitter page, noting that the board reached its decision after an investigation into the death of one of her patients as well as another who had complications from surgery. 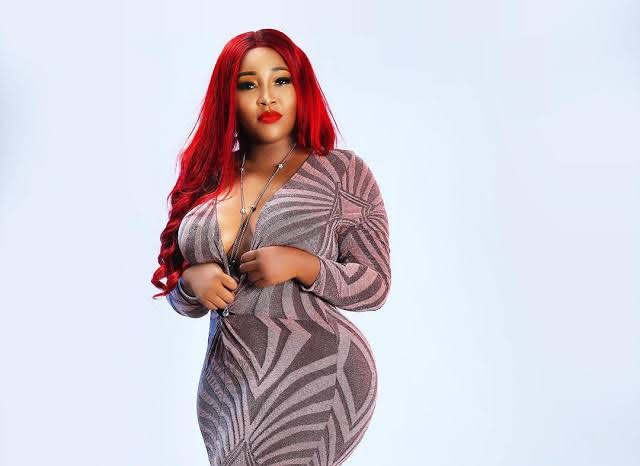 Recall that an Instagram Influencer, Omohtee called out Dr Anu Adepoju earlier in the year for ruining her buttocks after suffering complications from a surgical procedure despite paying the sum of 1.5 million naira for a Brazilian butt lift.

Anu Adepoju was also alleged to have killed a beauty queen in 2018, the result of a failed procedure.

According to Dr. Olufunmilayo, Anu graduated from College of Medicine, Unilag in 2017 and performed plastic surgery on a patient in December 2018 when she was a House Officer. 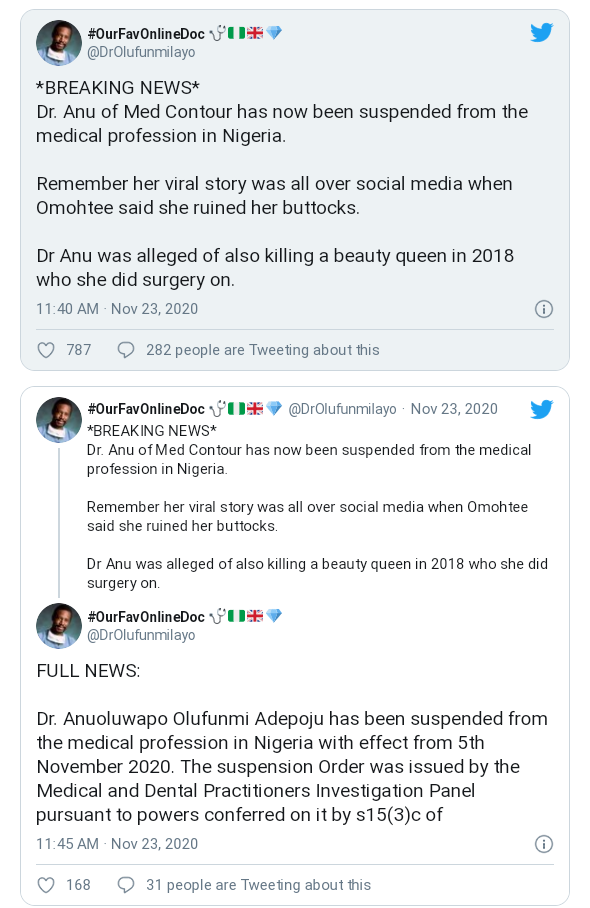 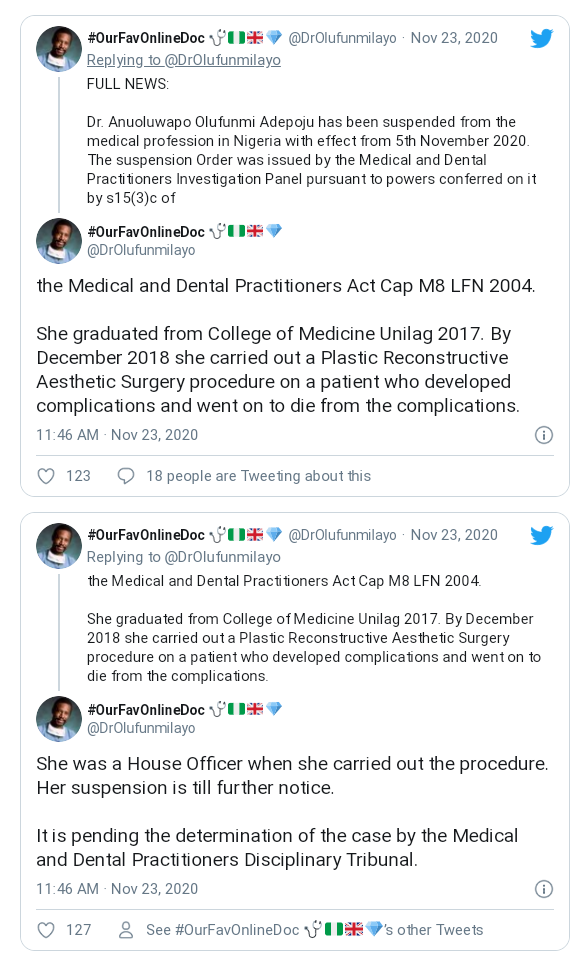