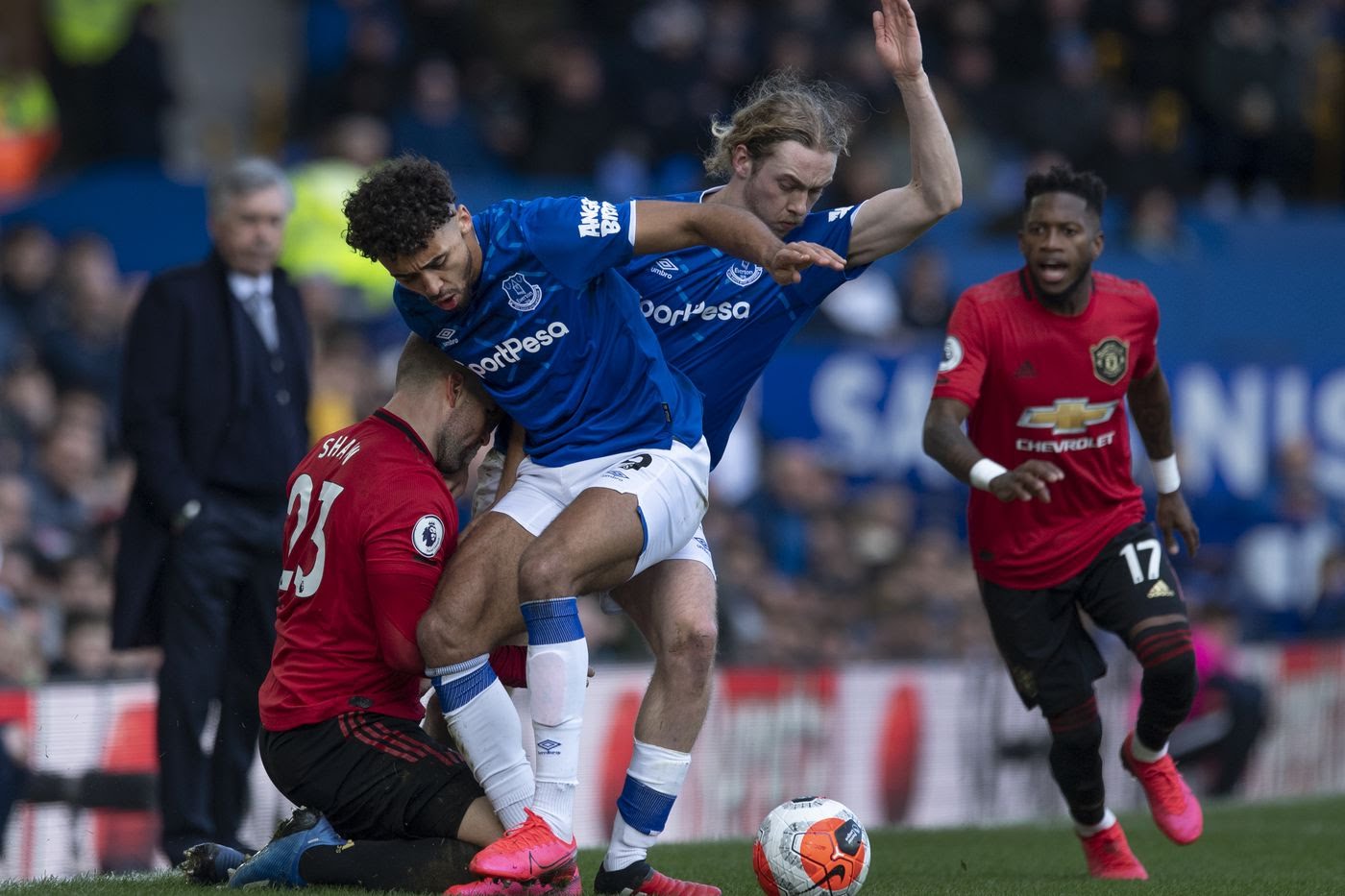 Manchester United will today move to Goodison Park to face Everton in the Premier League.

The Red Devils who are under pressure to perform will hope to pick all three points today else it could be the end of Ole Solskjaer’s reign as coach.

United have only won one game from their last three visits to Everton, which means it will take a lot of effort to win today.

Everton will look to capitalise on United’s poor form, hopefully, Ole Solskjaer will be able to work out ways to improve his team’s weakness.

See also; Ole Solskjaer Insists His Job Is Not Under Threat At Man Utd

The Red Devils would be without Jones and Bailly owing to injuries.

Pogba could get a start once again in the midfield despite his costly mistake against Arsenal last weekend.

Below is Man Utd Predicted line-up

Michael Owen predicts the match to end in a draw.

“United are enduring a miserable spell. They have had little time to prepare for this having just returned home from an embarrassing away defeat in Istanbul,” Owen said in a statement with Bet Victor.

“Ole Gunnar Solkjaer will demand nothing more than 3 points here and needs a big performance from his players. It must be noted that United have won their last 6 away Premier League matches. That said, there’s not much between these two right now, and I think they pair both have to settle for a draw.”