It is not new that ex-BBNaija housemate Ozoemena Chukwu likes to wear skimpy shorts – the kind of clothing items called bum shorts that are mostly worn by ladies.

Throughout the BBNaija show, Ozo was often seen wearing those kind of shorts, sometimes pulling them further up himself to reveal his light-skinned thighs. 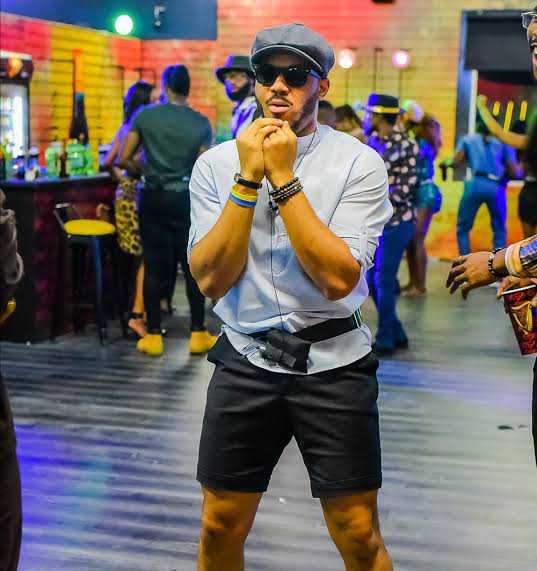 Ozo’s choice of outfit lately makes him trend and at the same time, his getting backlash from his fans for what he is wearing.

The light skin big brother Naija ex housemate doesn’t look bothered, as he keeps wearing what he feels comfortable in. 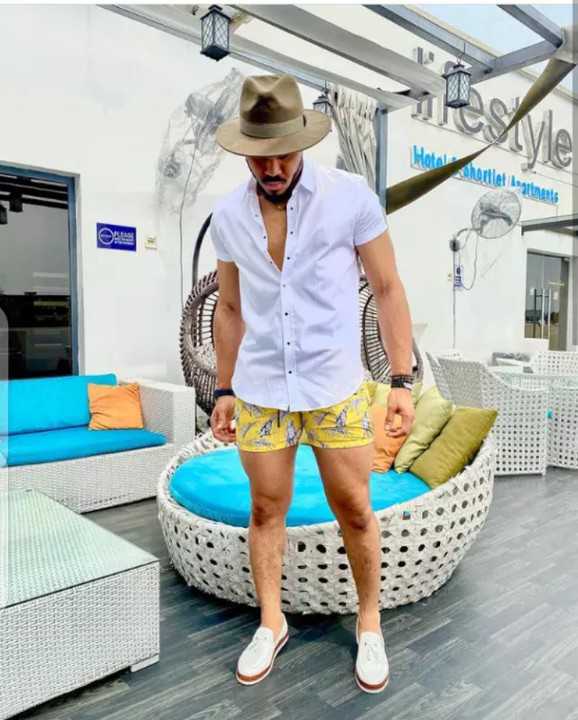 The picture above was what Ozo was seen wearing that got him a lot of backlash as he decided to wear something more longer but still the trolling didn’t stop.

@enna said “if I catch my man wearing a leggings like that, we are done”

@alpha said “what is this guy wearing”

@enioluwa said “what kind of trouser is this guy always wearing” 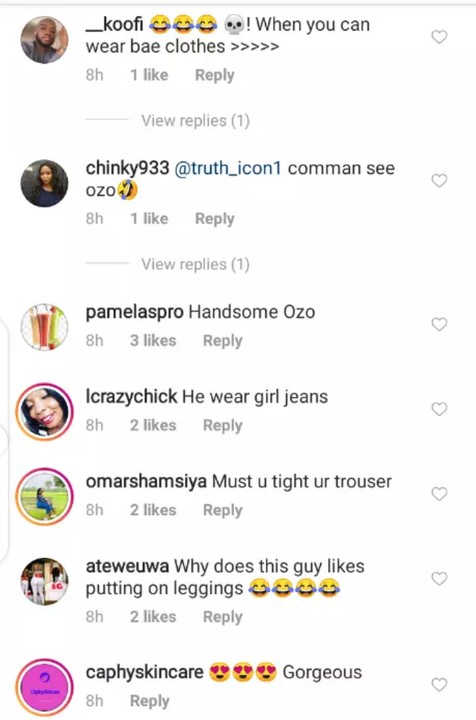 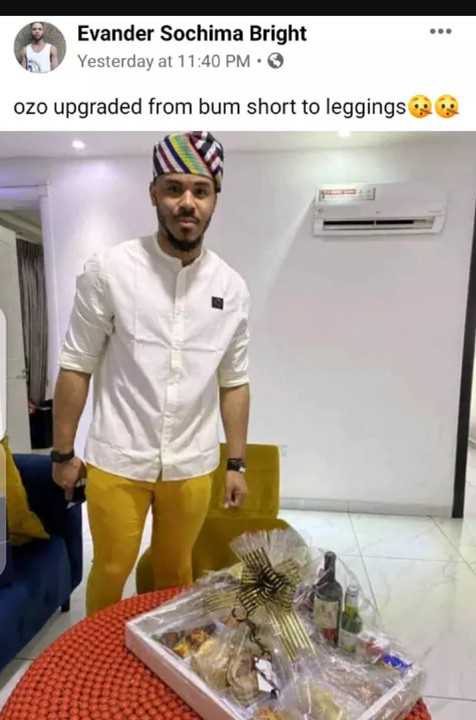