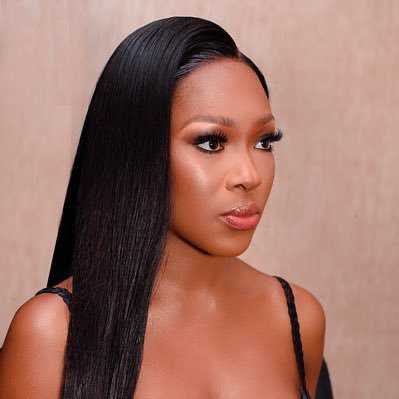 Former BBNaija Lockdown finalist, Victoria Adeyele, popularly known as Vee, has revealed that she creates a lot of songs in the shower.

The reality TV star made this known via her official Twitter page. Taking to Twitter on Friday, the 23-year-old musician writes:

“The amount of songs I’ve created in the shower? Whewwww. Might as well move my bed there”

Information Nigeria recalls that the former London-based housemate explained why she is adamant about not signing endorsement deals with skin bleaching brands.

Read Also: Vee Reacts After She Was Mocked For Signing Endorsement Deal With Brand That Allegedly Sells Bleaching Cream

She emphasized that doing so goes against her personal ideals and values, adding that she wants to set a good example to young ladies looking up to her. 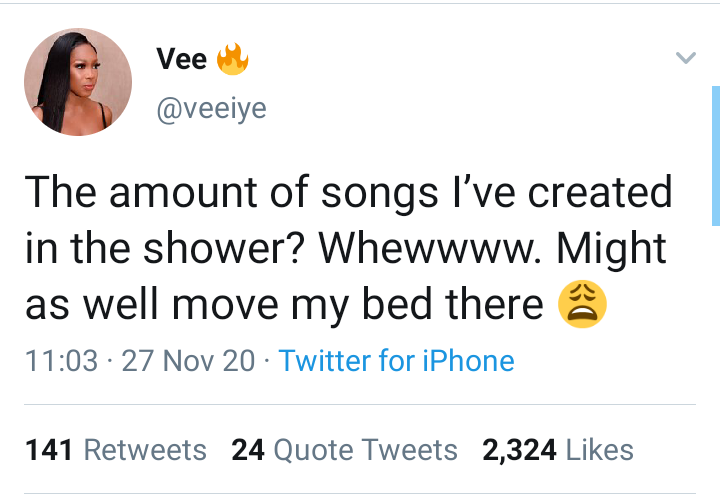