Nigerian actress, singer and songwriter, Muma Gee has opened up about her failed marriage to actor and father of her three children, Prince Eke. 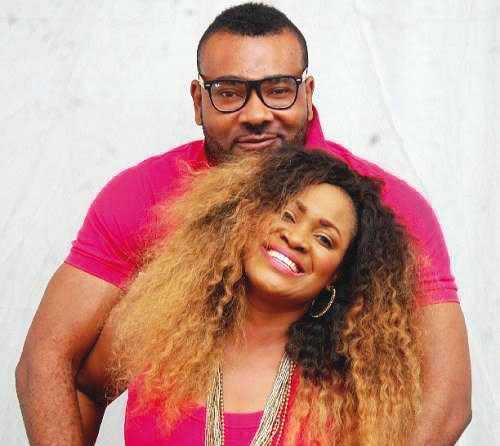 Information Nigeria recalls Muma Gee and Prince Eke got married in 2011 left the union in 2016 over allegations of infidelity.

In an exclusive interview with The Sun, Muma Gee opened up on how her marriage to the actor failed. She hinted that her estranged husband woke up one morning and decided to walk out of their marriage. She said it is a big disgrace that their marriage failed but that God knows she did her best and that the fault wasn’t hers.

While responding to a question on how she took time off from the music scene to get married, the singer said 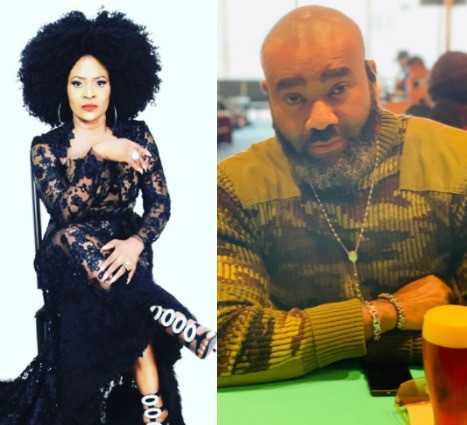 ‘‘Yeah, I did actually, but I am a deep person and as such, I have a deep understanding of my responsibility as a woman. I believe that one of the duties I have to fulfill here on earth is motherhood, and that includes getting married and building a family with a partner. In fact, where I come from, we do not believe in divorce or separation. Coupled with my Christian background, it was a huge disgrace that my marriage failed; but God in heaven knows I did my best and the fault wasn’t from me.

If you have two partners and one wasn’t ready to settle down; and per adventure, you get involved and are willing to sacrifice everything to make sure the family works, but this partner just picks his bag and says, ‘I am done with this stage of my life, I am going kids or no kids!’ I was so shocked I called it the 8th wonder of the world.

I never dreamed or imagined a situation where I, who has been so committed, was being treated so shabbily. And the most devastating part of it was to have built a career for years which I put on hold just to kick-start something, and this person wakes up one day and says look ‘I can’t go on with this’. Then I got the shocker of my life when I read in the news that I was frolicking with different men. That was the ultimate bullshit! Tony, you are an attractive man, and you knew me when I was younger, and per adventure you could have made a pass at me if I was such a person or I could have made a pass at you. I have always been a reserved person. I may look crazy and wild on the outside, but for a man to come up with such lies is outrageous!

I have never drunk alcohol nor prostituted since I was born, and even as a single woman, I never messed around with men. I have always been a focused person, and then suddenly someone is saying all these lies against me? It was a campaign of calumny. He did not just say that, he went online and posted it just to dent the image I had built over the years. It was crazy! But trust me, as a woman who understands how God functions and the spiritual gifts God has bestowed upon me, I have the understanding that whatever happens to me is not by accident, and trust me, I have no regrets whatsoever. Why? I have these three lovely children. When you see them, you will know that the grace of God is truly upon my life. I give God the glory and I maintain a cordial relationship with their dad. When you see my ex and I (hanging) out for dinner or something, you would think he is my boyfriend. However, I have closed that chapter of being that close to him. No, we can never be (that close) again.”

When asked if she will give marriage another chance, she said.

People say ‘never say never’ but the black dungeon that that ex put me through made me go blank for men. For years, I lost it for men. It is difficult even though I am trying to revive myself; but you know what I say always, the grace of God is upon my life and I am learning again to see how I can give love a chance and how I can forgive men again. One guy made me hate men, and trust me, because of my spiritual belief and because I am on a spiritual mission on earth, God will always direct my steps; and if He says I should remarry, I will remarry. If He says I am not going to remarry, I am cool with that. Marriage for me was bondage; it is supposed to be a thing of joy, but I saw hell!

In fact, as a tourist, the worst place I have ever been to was the London Dungeon. My marriage experience was worse than the London Dungeon, so just imagine me going back there. I am working on myself. I wish that I had a psychologist to work with. I see my kids growing everyday and they teach me a lot; and I am like a child again growing with them especially when I help with their homework. It is fun to me. We go swimming together. My only regret is that just one man made me hate the male folk.

I am sorry to say that, but by the grace of God, I shall overcome and flourish and maybe, fall in love again and experience happy married life. I look forward to that because my dream about marriage had been to grow old with my spouse. And if God says yes, He will make that man available. But meanwhile, going back there will be like drilling a six-inch nail through my head.” she said

The singer also revealed she is a victim of Female Genital mutilation and gave an account of how it grossly affected her sex life.

”I am a victim of Female Genital Mutilation (FGM) and it has had emotional and psychological effects on me. I spoke to BBC about it and they asked if I was willing to speak as a celebrity about being circumcised and I am like why not? I have been keeping quiet about it based on ignorance. I must confess that, until I grew into a girl, I never knew that it had a big implication; but I just knew I grew up not chasing men. And no matter how ‘beautiful’ a man is, you can’t seduce me. Never! Unless I choose to get laid, no man can get me laid, even if it is rape! If you like, be Goliath, you won’t succeed!

I remember growing up and my friends shared their feelings like, ‘I wish my boyfriend is around and he could just feel me’. I don’t feel that bullshit around me, and in my imagination I am like ‘are these girls okay?’ I did not know that these were natural things women experience, but was not happening to me. Now, the question would be ‘was I not having boyfriends before I got married and when I got married, how did I survive it?’ That is why I said that unless I am moved by a man’s affection for me, there is no way he could get me in bed. That feeling of being loved must radiate in me before I submit to a man.

Asides that, I am not crazy about ‘man matter’ and I am not a lesbian either; I am a Christian and my upbringing will not allow that, but circumcision took its toll on me. Ironically, at first, it was working for me as a young girl because I wasn’t messing around. The only messing around I did was being too passionate about music. Back in secondary school, I was always involved in music and when I got back home, there were shows and I always wanted to showcase my talent, and my family felt I was going out to sleep with men. I don’t give a hoot about men. In fact, I don’t feel sexual urge. It is so difficult for me and I consider it a waste of time.

Before I got married, I knew the duty of a woman was to satisfy her husband sexually and otherwise, so there was need to do that and have kids. In my culture, a woman cannot be barren; it is your duty to have kids. It took like three years after my marriage for me to have a baby. Those three years were spent on getting acquainted to the new system I was going into because I was not used to it. I won’t say I was a virgin at the time.

By the time I got married and my marriage went sour, I chose to be celibate. Men just don’t matter to me when it comes to sex because I am circumcised. It may be negative in some way, but in some other way it has helped my life. So, I am a victim of what the girl child goes through because female genital mutilation is painful. Though, the practice is dying out, it is still being secretly practiced. These and more are the issues the Muma Gee Foundation will tackle.” she said