Fans of BBNaija star and rapper, Laycon, and singer, Omah Lay have drawn a battle line for the Next Rated Artist award category on Twitter. 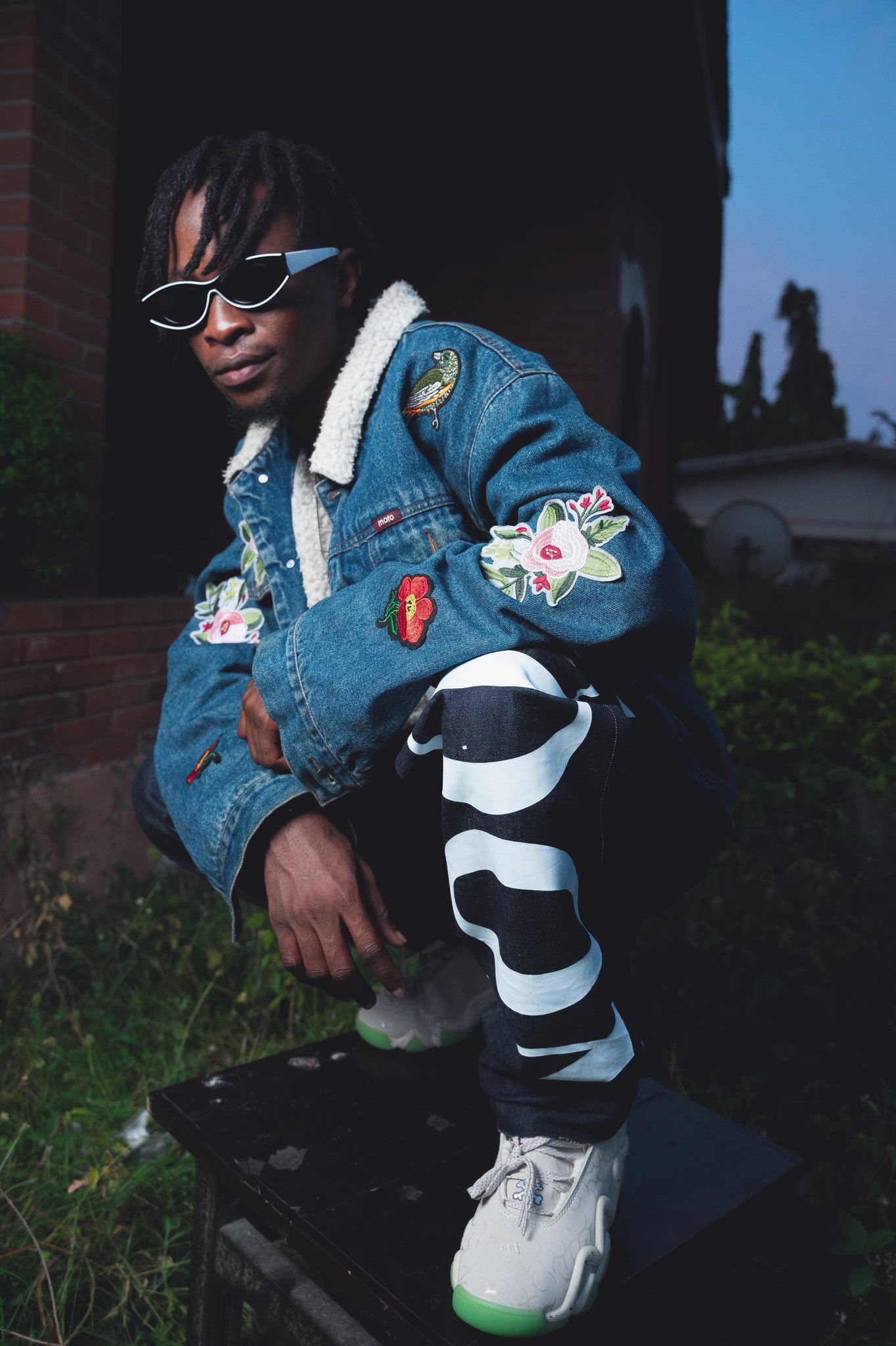 This is coming after Headies opened up her doors for nominations and also called on artistes to submit their works ahead of the 14th edition of her award event for 2020.

This year will mark the fourteenth edition of the Awards, and we have opened our doors once again for the submission of all music works released between July 2019 and September 2020, the year-in-review. pic.twitter.com/sMIO59ZOA1

Sequel to this, fans of BBNaija season 5 winner and rapper, Laycon, and fast rising singer, Omah Lay have drawn a battle line for the Next Rated Artist award category on Twitter.

While icons are pushing the agenda that Laycon deserves to brng home the Net Rated category award as his EP “Who Is Laycon” has garnered over a million streams across music platforms, fans of Omah Lay insist that it will be a “disrespect” to compare him with the BBNaija star. 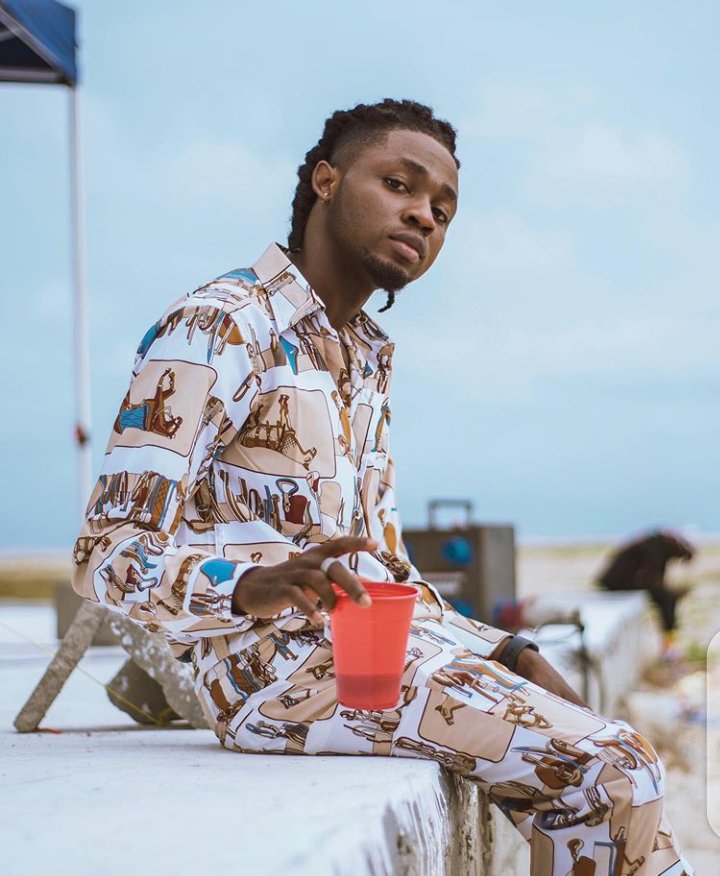 Fans and lovers of Omah Lay are also of the opinion that he has more hit songs and features in the year under review than Laycon.

Following the debate on Twitter, some entertainment and music lovers have continued to argue that Headies is not a reality TV show and that comparing Laycon to Omah Lay is a disrespect in itself.

Although no nomination list has been published yet by the award organization, it appears these two artistes (Omah Lay and Laycon) are the center of attention for now.

Check out reactions from fans of both artistes below; 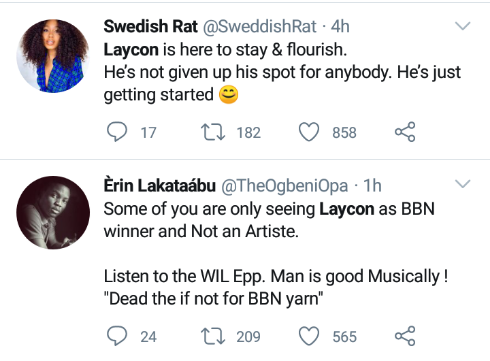 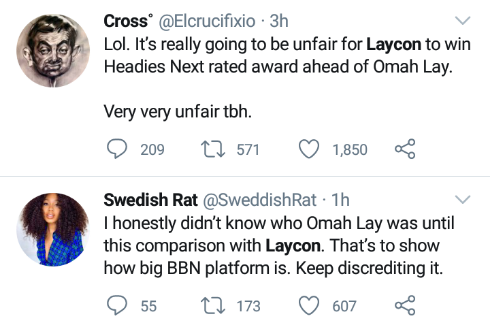 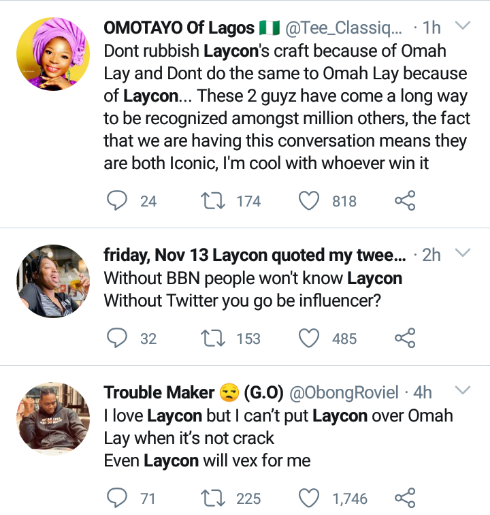