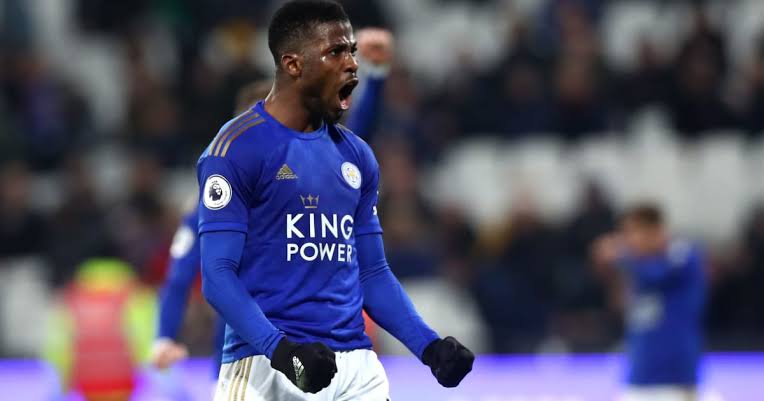 EPL side, Leicester City on Thursday night return to the Europa League where they clashed with Sporting Braga.

The Foxes dominated the match and won with 4 goals to nothing.

Iheanacho opened the scoring midway through the first half when he prodded in after playing a one-two with Maddison.

The two combined again before the break to almost score a second but this time Braga goalkeeper Matheus made a superb diving save to deny Maddison.

But Iheanacho got his and Leicester’s second soon after the restart when his shot from the edge of the area took a heavy deflection to land in the back of the net.

That prompted a dominant spell for the hosts, with Iheanacho going close to completing his hat-trick, but his shot was kept out by Matheus.

A third for Leicester duly arrived with Iheanacho this time turning provider, squaring a pass for substitute Dennis Praet to tap in, and Maddison wrapped up a brilliant win when he forced his way through the defence before finishing.

It was a comfortable night for the Foxes against a Braga side that are experienced European campaigners and had won their six previous games in all competitions.

The victory continued Leicester’s own good form, with five wins from their last five games having propelled them to second in the Premier League, and top of Europa League Group G with nine points from nine.

Leicester boss Brendan Rodgers said: “We had to work for it and in the end we were very good. In the second half we were very dynamic and created a number of chances.

“There are no selection headaches, the players that have come in have been absolutely outstanding. It is a long season and we need them all.”