Lagos state Governor, Babajide Sanwo-Olu shades CNN as he appeals to Lagosians not to allow external forces destroy the well-being and security of the state. 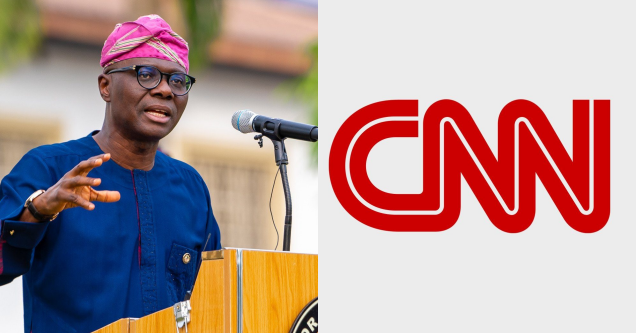 This is coming after CNN released a footage of what happened at the Lekki Toll Gate on Tuesday, October 20, 2020.

Sanwo-Olu made the appeal on Tuesday during a stakeholders’ interaction at the Adeyemi Bero Auditorium, Alausa titled, ‘Internal Security and Conflict Resolution in Lagos State.’

The meeting, was also attended by the Minister of Interior, Rauf Aregbesola; Minister of Police Affairs, Maigari Dingyadi; human rights lawyer, Femi Falana, among others.

The governor said the coordinated arson and destruction that trailed the #EndSARS protest in October was a wake-up call to all citizens and security agencies to be vigilant and move against actions that could affect the well-being and security of the country.

He pleaded with residents of the state to allow the peace be fully restored, while also stressing the need to re-establish communication links between the government and the people.

“We have to reignite the communication link between government and the people so that fifth columnists or conspiracy theorists will not be able to infiltrate and spread disinformation and misinformation that would jeopardise the future of our country or the opportunities available for our youths to contribute to the greatness of our country.”

The stakeholders engagement later moved into an executive session where discussions were held on ways out of the current situation.