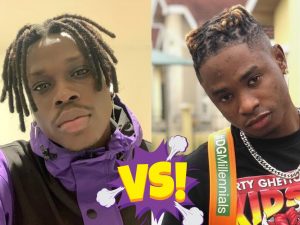 Popular Nigerian artists, Lil Kesh and Fireboy DML have shown that there is no bad blood between them despite the fact that the former is no longer a member of YBNL.

Lil Kesh, whose real name is Keshinro Ololade, took to Twitter to appreciate the ‘New York City Girl’ crooner for collaborating with him on a new song.

“Me and @fireboydml made a classic on #ecstacy he’s too damn talented! Big love brodi and thank you!“, Kesh’s tweet reads.

Read Also: ‘My Fans Are Too Loyal’ – Rapper Lil Kesh

Their joint song is a track on Lil Kesh’s upcoming EP, ‘Ecstacy’.