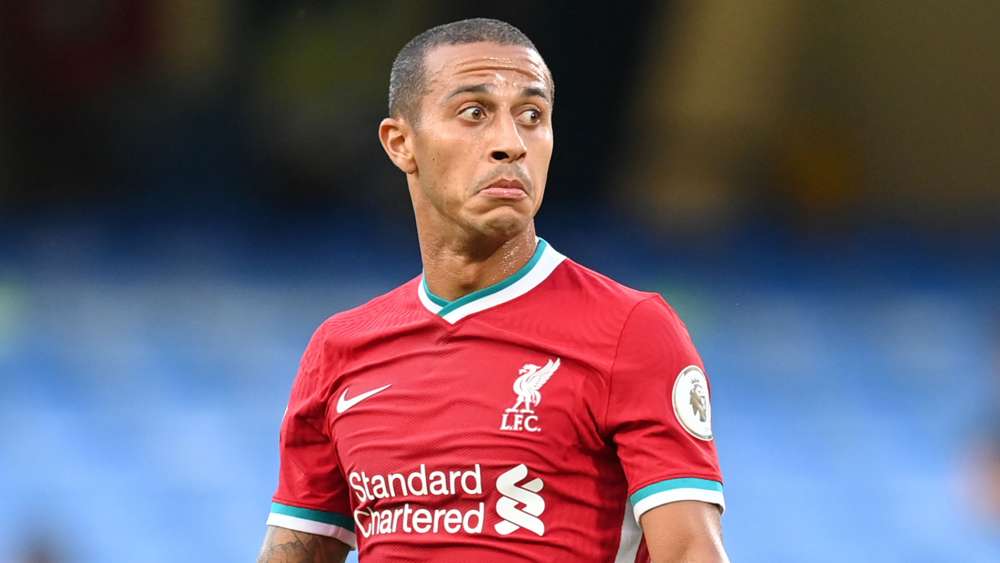 Liverpool will be without midfielder Thiago Alcantara when they head to Etihad for Sunday’s Premier League clash with Manchester City.

Jurgen Klopp confirmed that the Spain international, who was left out of his national team’s squad for the November internationals, remains unavailable for selection ahead of the meeting with Pep Guardiola’s side at the Etihad Stadium.

Thiago has been absent ever since Richarlison’s crunching tackle in the Merseyside derby that led to a straight red card for the Brazilian.

The knee injury has meant that he’s missed all three of the Reds’ Champions League matches thus far, as well as the Premier League victories over Sheffield United and West Ham.

Indeed, the signs looked ominous with the former Bayern Munich star having not trained at Melwood on Thursday and Klopp has now revealed that the game with City comes too soon for the 29-year-old.

Klopp told reporters: “There was no surgery needed, but it was still an injury. The longer he is out, the longer he has to train before we consider him as a starting line-up player. Thiago will not be available for Sunday.”