Popular media personality, Uti Nwachukwu, has stated that Nigerians need to learn social interaction. The TV host and actor took to his Twitter page to share his thoughts.

“Africans, especially Nigerians have so much to learn socially. Be very careful how you vehemently criticise and disassociate yourself from groups of people based on their Race, Sexuality, Tribe, Flaws and Religion. No go stifle your own growth and ask God why. 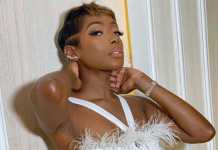