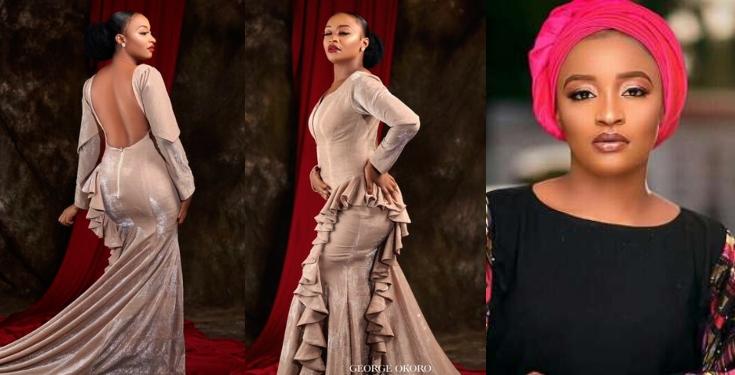 Kannywood actress, Rahama Sadau has been suspended by Northern filmmakers over a backless dress she wore on social media.

According to Vanguard, the body in a statement disclosed that the post by the actress resulted to blasphemous comments against the Holy Prophet of Islam on social media.

Although, the film star has earlier posted a video on IG where she was crying and begging Muslims to forgive her over the controversy that trailed the dress.