Home Sports Football They Did Not Have The Balls To Re-sign Me’- Dani Alves calls...
Facebook
Twitter
WhatsApp 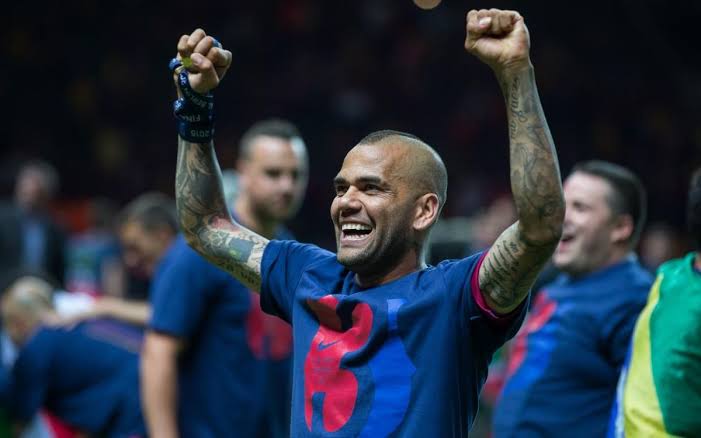 Ex-Barcelona defender, Dani Alves in a recent statement has lashed out at the Spanish club claiming that they “didn’t have the balls” to re-sign him.

Alves who is popularly regarded to be the best right-back in the game was at Camp Nou between 2008 and 2016, where he contributed 21 goals and 101 assists in 391 games.

The Brazilian was a serial winner at the Catalan club, helping the Blaugrana win 23 trophies in total, including six La Liga titles and three Champions League crowns.

He, however, left the club as a free agent in 2016 and joined Juventus on a two-year deal. The 37-year-old has now revealed that he offered himself to Barca upon leaving Juve in 2017.

“I offered myself to Barca to come back. I went to Juve to prove I was still at a good level,” the veteran defender told RAC 1.

“I wanted to return to Barca and they needed me, but they didn’t have the balls to admit that they were wrong with me. If they had treated me as I thought I deserved, today I would still continue playing for Barca. I love this club ”

Aside Alves, another player who has called out Barcelona over their manner of handling players is Luis Suarez following his move to Atletico Madrid.