Nigeria’s President Muhammadu Buhari has been attacked on social media over the latest increase in petrol pump price.

Nigerians lamented on Friday that this is “next level hardship”. 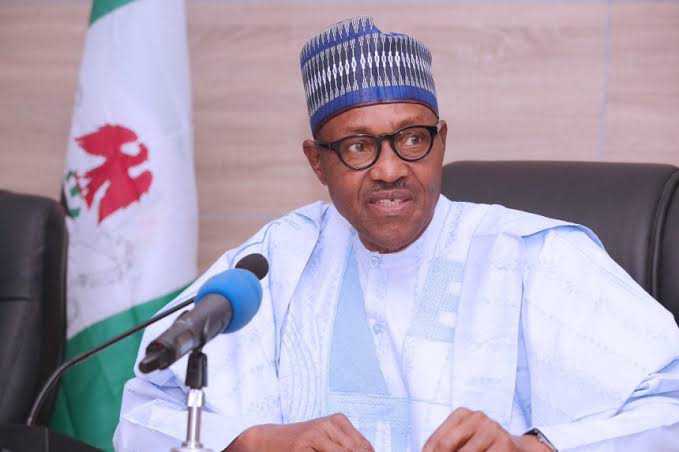 They took to the social media to criticise the President, Major General Muhammadu Buhari (retd.), and his All Progressives Congress party for bringing untold suffering on the masses through unpopular policies including steady fuel hike.

Recall that the Petroleum Products Marketing Company, a subsidiary of the Nigerian National Petroleum Corporation, increased the ex-depot price of petrol from N147.67 per litre to N155.17.

Following the announcement, the Independent Petroleum Marketers Association of Nigeria said the implication was that the pump price of petrol would range from N168 to N170 per litre.

Commenting on various social media platforms including Facebook, Twitter, and Instagram, Nigerians expressed total disappointment in the Buhari regime whose second-term campaign slogan was “Next Level”.

According to them, the steady increase in fuel prices since the beginning of 2020 is “next level hardship”, lamenting that it is causing unimaginable inflation and an increase in food prices.

“Welcome to next level hardship delivered as promised in his 2019 campaign,” Etietop Edem wrote on Facebook.

“Before Buhari leaves office in 2023, we will buy fuel for N200 per litre in this country. Come 2023, everybody should go get their voter cards ready to dislodge the APC,” Anointing Atakijenyo stated.

Princewill Chioma commented, “More hardship for the masses. How do we survive this government?”

Activist Deji Adeyanju tweeted, “This is the Next Level. Actions have consequences.”

@Moralevitaes wrote, “Federal Government, thank you for making life miserable for Nigerians. It will be on record that the government of Muhammadu Buhari was the most insensitive to Nigerians.”

@Mr_pharmphresh stated, “When Buhari was questioning why petrol is more expensive in Saudi Arabia than in Nigeria, we thought he was joking.”

On Instagram, kokzy_4064 said, “APC is really bent on destroying this country. I wonder what we’ve done to the party.”

vaamp8685 commented, “They have come again. Let this not bring another uprising in Nigeria and APC will say it is PDP that is the cause.”

The PUNCH reports that following the deregulation of petrol prices in September, marketers across the country adjusted their pump prices to between N158 and N162 per litre to reflect the increase in global oil prices.

The Minister of State for Petroleum Resources, Timipre Sylva, said in September that the government had stepped back in fixing the price of petrol, adding that market forces and crude oil price would continue to determine the cost of the product. 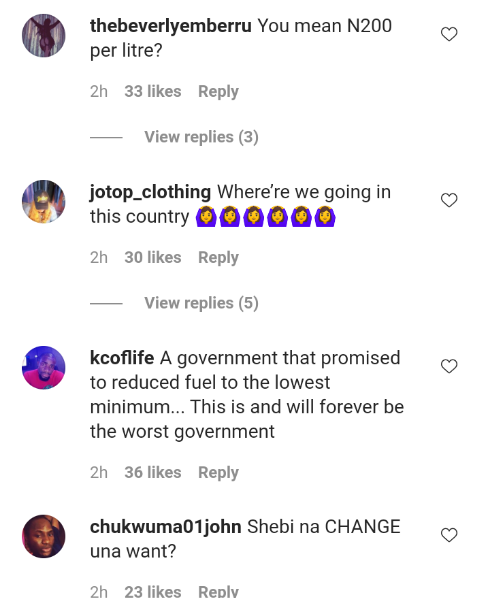 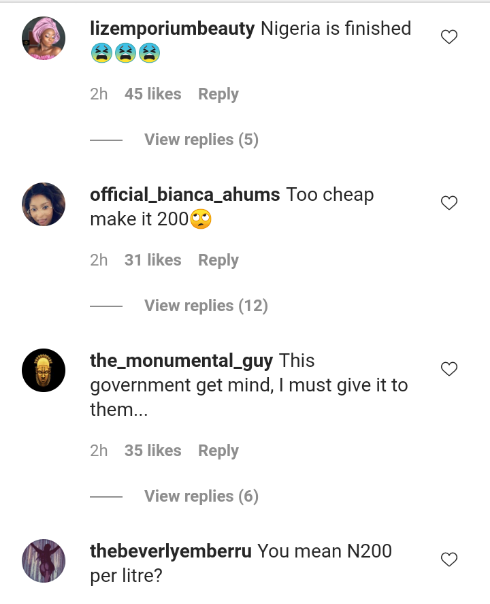 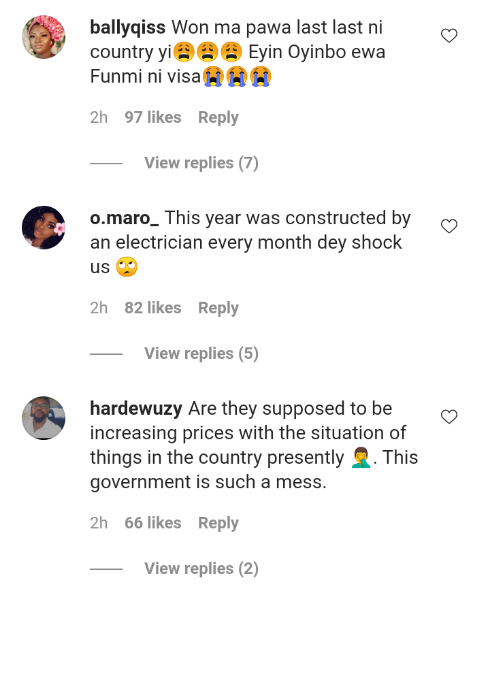 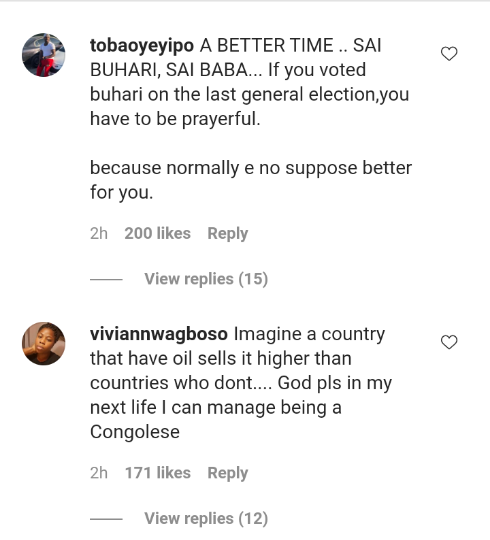