In the average Nigerian household, onion is an important food item. This is because it is the main ingredient in the preparation of virtually every Nigerian meal. It is also known for its healing abilities – particularly in the treatment of the common flu. The sudden spike in the price of onions has become a cause for concern because it is one of the most commonly consumed vegetables in the country.

Notwithstanding, there is still a rise in demand as consumers continue to purchase the vegetable due to the fact that it is needed in food preparation. Owing to its essential value, the sudden and inflated price increase has created discomfort for many Nigerians. In reaction to the recent development, consumers have taken to social media to express their dissatisfaction over the surging prices as well as the deteriorating quality of the kitchen staple.

From Twitter users developing novel hashtags and memes in an attempt to make light of the unfavourable situation to Facebook users creating posts on the pains of getting a good bargain at the market, it becomes necessary to shed more light on the reasons for the sudden increase in price and how Nigerians are adapting to the situation – especially considering the hike in other essential social amenities.

A biennial crop, onion cultivation is a large agricultural industry with its main production occurring in the North East and North West states such as Kano, Kaduna, Jigawa, Sokoto, Plateau, Bauchi, and Kebbi. This is why Nigeria, according to statistics, is the sixth highest-producer of green onion. As regards the production of dry onions, Nigeria sits at the eleventh spot.

The main varieties produced in Nigeria are the Red Creole (which is popularly called purple or wet onions among sellers and consumers); the White Creole (which is mainly used as an ingredient for Fried Rice); the Red Tropicana (which falls under the category commonly called dry onions); the Bombay Red (which is another variety commonly known as dry onions); and the Green Bunching (the spring onion that doesn’t grow into a bulb-like its counterparts).

In Lagos state, these varieties are readily available for purchase at regular big and small open markets – large retail malls are equally not exempted. To find out why the prices have shot up, Information Nigeria journeyed down to Yaba market, Lagos state to carry out a market survey.

The steep increase in the prices, it was gathered, is as a result of high demand for the edible bulb, flooding in the farms and poor storage facilities. Flooding in the farmlands has led to crop damage and limited supply of onions in the market. Onion is considered as a semi perishable crop, yet it is a delicate product to store due to its high-water content. Thus, poor storage facilities have contributed to the loss of half of the total produce.

These conditions have translated into high prices for traders and distributors, who intend to reap their profits and cover the cost of buying the crops inadvertently affecting the end consumers as they are forced to dig into the pockets to be able to afford the edible bulbs.

A trader at the market seller said: “It’s not our fault too. We had to increase the retail price because the wholesale price was also increased by over 50%”, Idowu said. “A big bag that used to be N80,000 is now N150,000.

“This will definitely affect the retail price. Five bulbs of wet onions used to be N100; it’s now N300”, she added.

Another lady, Blessing, said that a big basket of onions cost N60,000, so she and another trader split it into two and pay for half which cost N30,000, so they are selling it in bits due to its limited supply. Blessing said the onions are imported from the north.

While some people have resolved to their fate, others have found alternatives to save money. With the continuous increase in the prices, people are not so generous with their servings of the edible bulb.

Mrs Adenuga, 35, was met with shock on visiting the stall of her usual seller in Yaba market as her budget could no longer purchase the usual quantity of onions. Information Nigeria met her haggling with the middle-aged female trader who could be heard saying that the prices of the dry onions (Adenuga’s favourite) had all gone up.

“I thought it was a joke when my colleague told me that onions are now gold. I decided to close early at work to come see things for myself. How do I cope now? This government doesn’t want us to eat at all.”

A ready answer met the question of why the wholesale price is now almost twice its previous.

“COVID-19 pandemic. It has affected everything, with onions not left out. The planting season was when there was a mandatory lockdown – I’m talking about the months of February, March, and April. So, what were we expecting? It’s not just onions, it’s tomatoes, pepper – everything.”

Ms Uche Nwabuzor could not purchase onions at the open market that same day. The exorbitant prices greatly displeased her. After haggling with almost five sellers, she gave up the pursuit. Information Nigeria asked her why she chose to forgo the perishable crop considering that the sellers all beckoned on passers-by with trite phrases like ‘my colour’, ‘come, I have what you want’.

“It’s not that I don’t want to buy. I can’t buy at that price rate. I know my budget. But even if I want to exceed it, it shouldn’t be at the current rate.”

Asked of an alternative, she replied: “I’ll try spring onions. And if I can’t get that, then I’ll try the big malls – I hear they sell it in bundles. A bundle should be fairly worth the price.”

Kayode Bello, when asked of alternatives he has found so far in the absence of the perishable vegetable, he said that: “the consumption of onions is common in this country, that makes it look there are no other alternatives. Onions can be substituted for garlic which is among shallot, having the same function.”

Madam Sola, the owner of Madam Sola’s local restaurant in Sabo said that: “I use onions to cook my meal despite the price increase but I reduce the portion of onions I use in each meal so that it can go round. And besides, not everybody enjoys onions.”

Miss Adenike, 24, said: “I no longer buy onions at the market because I can get it at a cheaper rate and in more quantity at the shopping mall. Imagine, how can I buy 3 small pieces of onions for N200?”

With the country still grappling with the coronavirus pandemic as well as the chaos and unrest which rocked the month of October, onions ought to be the least of all problems.

There is a dire need for the government to provide support to farmers in building more storage capacity and also offer more solutions to bridge the gap. 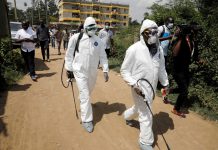 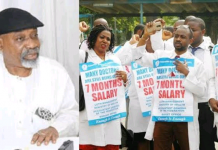 Resident Doctors Strike: Health Not A Priority To Our Leaders, Nigerians Groan 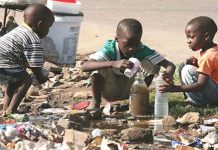