Investigative journalist Kemi Olunloyo has showered praises on singer Wizkid classifying him as the best Afrobeat singer after his live performances. 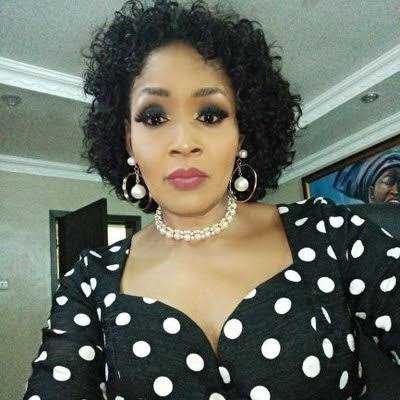 Kemi Olunloyo had posted on social media saying Wizkid is a better Afrobeat/Afropop artist than any other African artist would ever be and by knowing this one gets to know peace.

A Davido fan commenting on that savagely said whether she likes she should scream from now till eternity, Davido is still the artist he loves and will always stand. 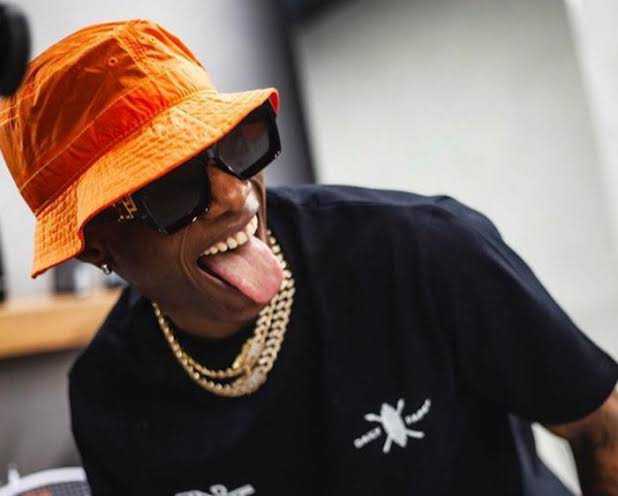 Kemi Olunloyo replying just made it worse claiming she’s not comparing Wizkid to anyone but he’s just the best and no one can change that, asking the fan to focus. 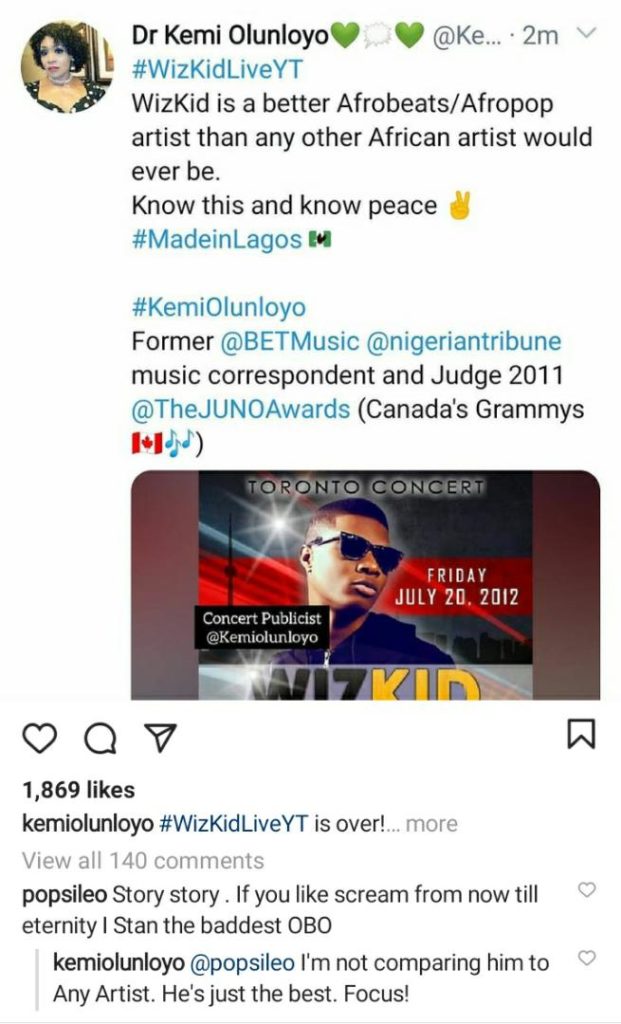