Home News Feed You Want To Use Me And Boost Your Slow Career – Speed...
Facebook
Twitter
WhatsApp 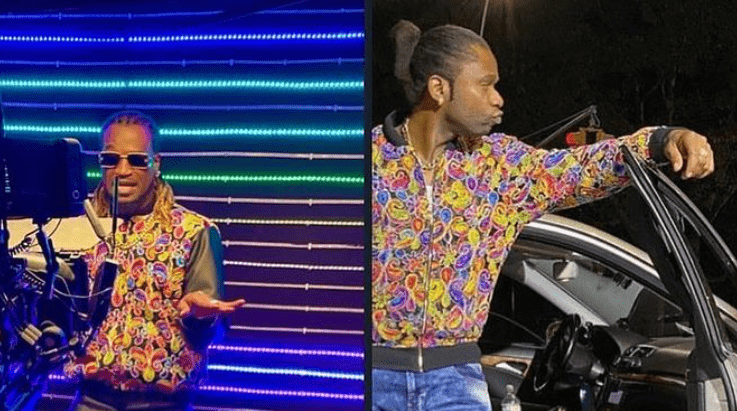 According to Speed Darlington, Paul Okoye copied his outfit.

Shortly after Paul posted a photo of himself wearing a multi-coloured jacket, Speed took the photo and made a collage with a photo of him wearing same jacket and claimed Paul copied from him.

“Copy copy Be original oh wait you think because we speak the same language I won’t mind? Or maybe everything is a plan, you probably know I talk a lot so copying me may trigger me to say something which boosts your slow career; who knows” 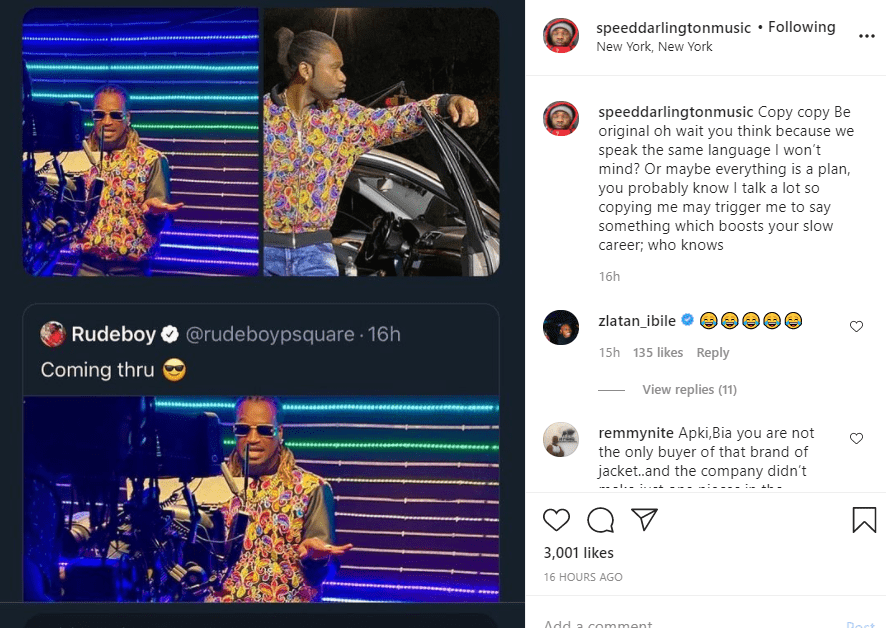