Home News Feed Lady breaks up with lover after he lost his leg while trying...
Facebook
Twitter
WhatsApp 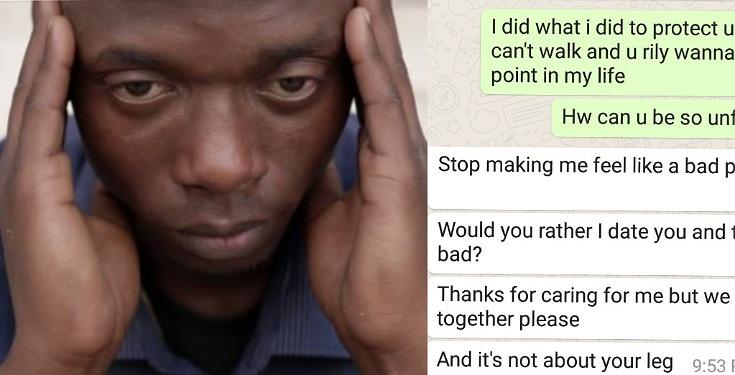 A heartbroken man has shared his chat with a girlfriend who broke up with him after he sacrificed his leg for her.

According to him, the drama started after robbers allegedly visited his girlfriend’s house while he was on a visit to her place.

He claimed that the robbers were trying to threaten his girlfriend, and in a bid to protect her, he got into a problem with the robbers and his leg paid the price.

However, following the incident, his girlfriend began to lose interest in him and finally sent him a message that she can’t continue the relationship. 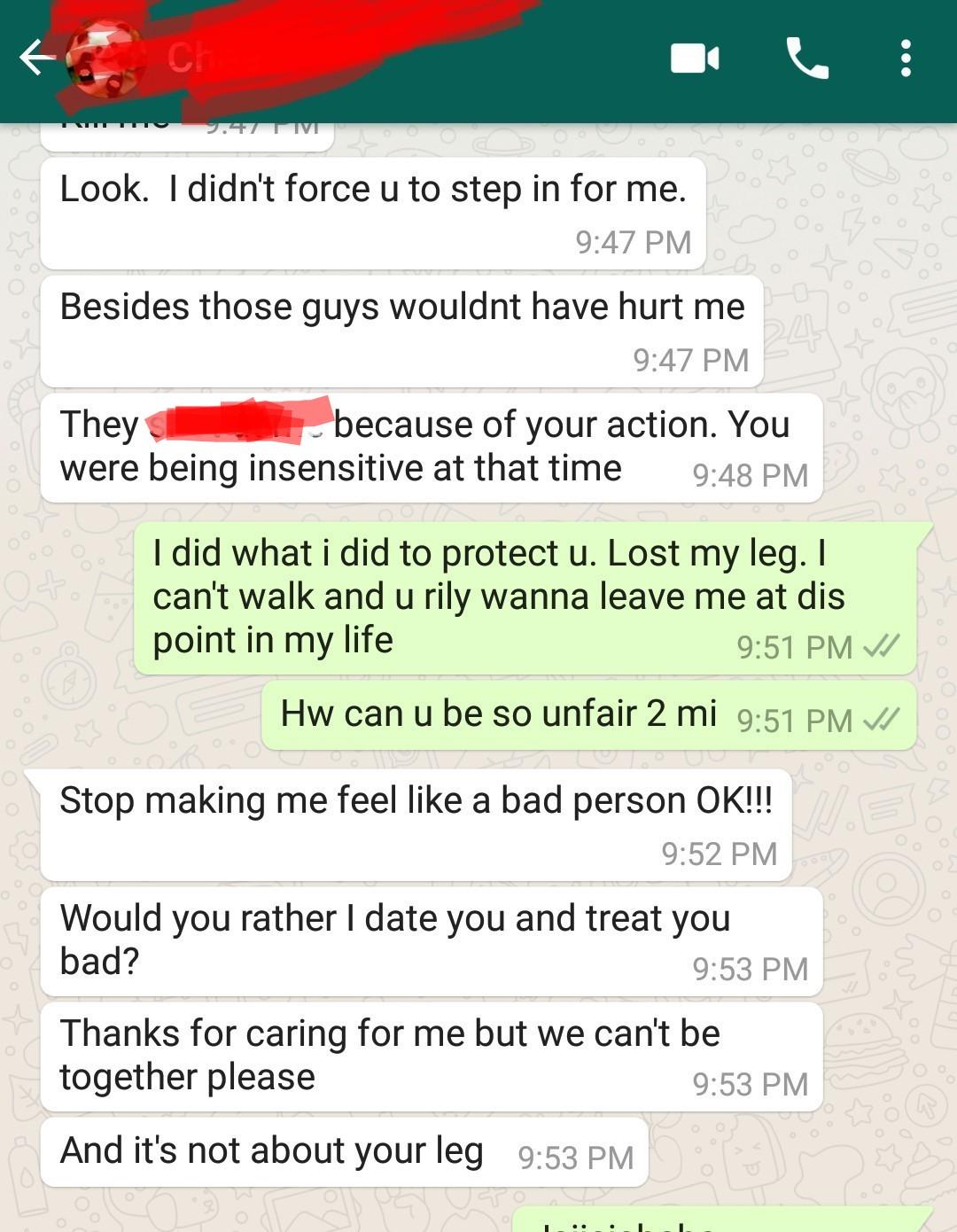