Home News Feed Youths give energy drink to suspected thief so they can ‘beat him...
Facebook
Twitter
WhatsApp

According to reports, some young men in Takoradi, Ghana gave an energy drink to a thief so he can regain himself to receive another round of beating. 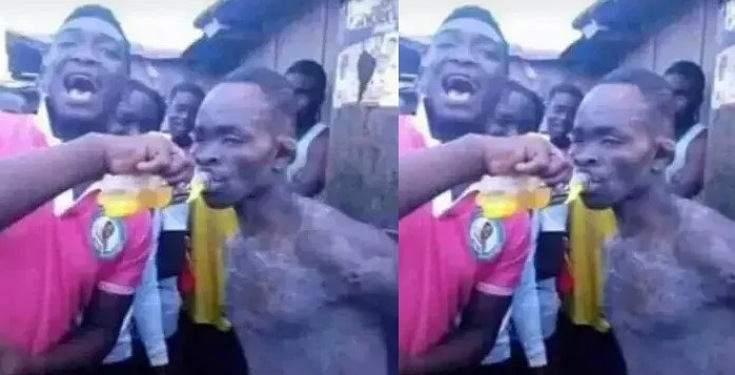 An eyewitness who shared the story online, said the hoodlum was caught right in the act of stealing.

Instead of handing him over to the Police, the area boys took the matter into their hands and gave him the beating of his life.

Noticing that he’s weak from the beatings, the thief was given Rush Energy for him to recover so that the beatings can resume.

The eyewitness posted a photo of the moment the alleged thief was seen taking the energy drink as youths surrounded him.

The picture had an inscription which read;

”Welcome to Takoradi Ghana, where subsequent to beating a criminal, we offer him a container of surge caffeinated drink so we can beat him once more. You perceive how kind we are. No spot like Taadi”. 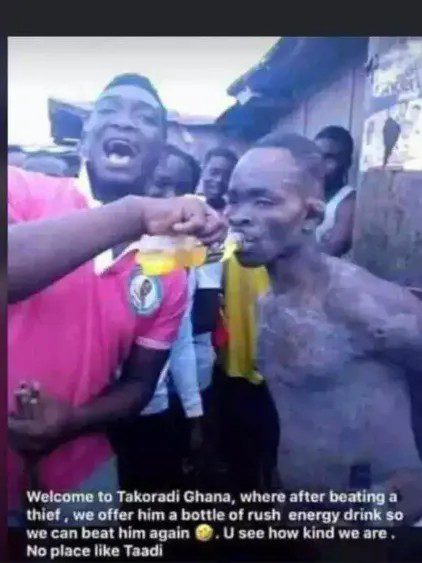