The former BBNaija ‘Double Wahala’ housemate took to her Twitter account to write a long thread detailing her near-death experience with SARS officers.

Read Also: Beauty Should Not Be About Looks – BBNaija Alex Unusual Says

“It’s actually very scary. When I was arrested after the shooting as I went to find a traumatized friend, they took me to one dead end and kept repeating that they’ll waste me and nobody will know and that they know me well from the protest. They kept yelling at me to shut up.”

See her full thread below: 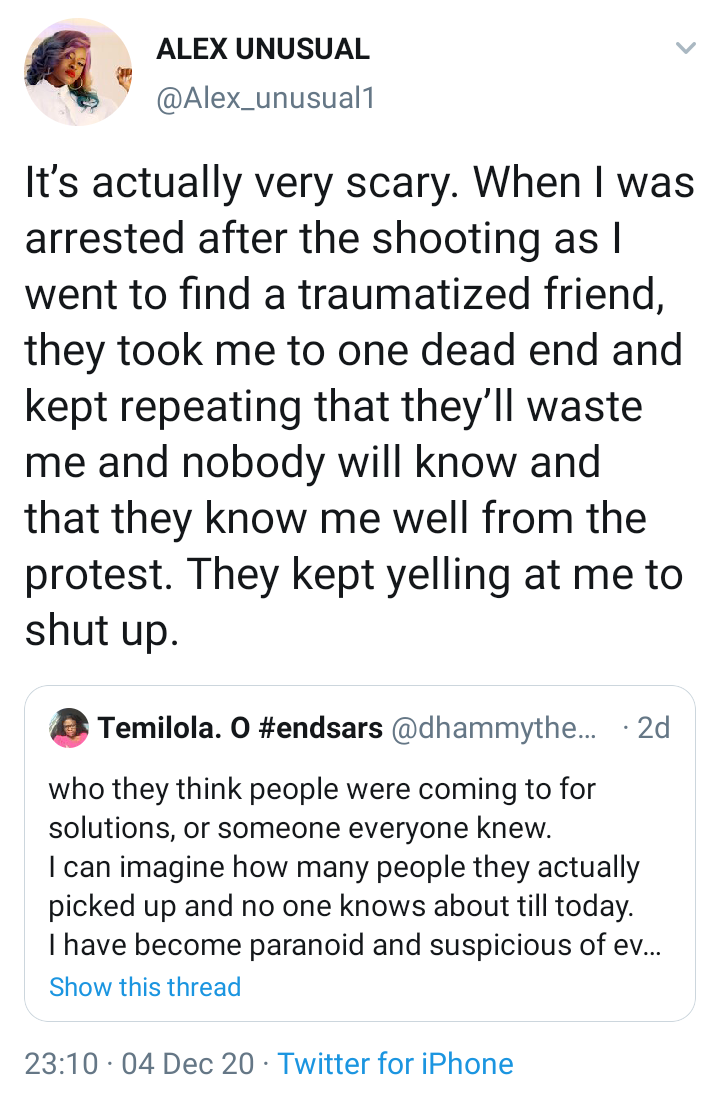 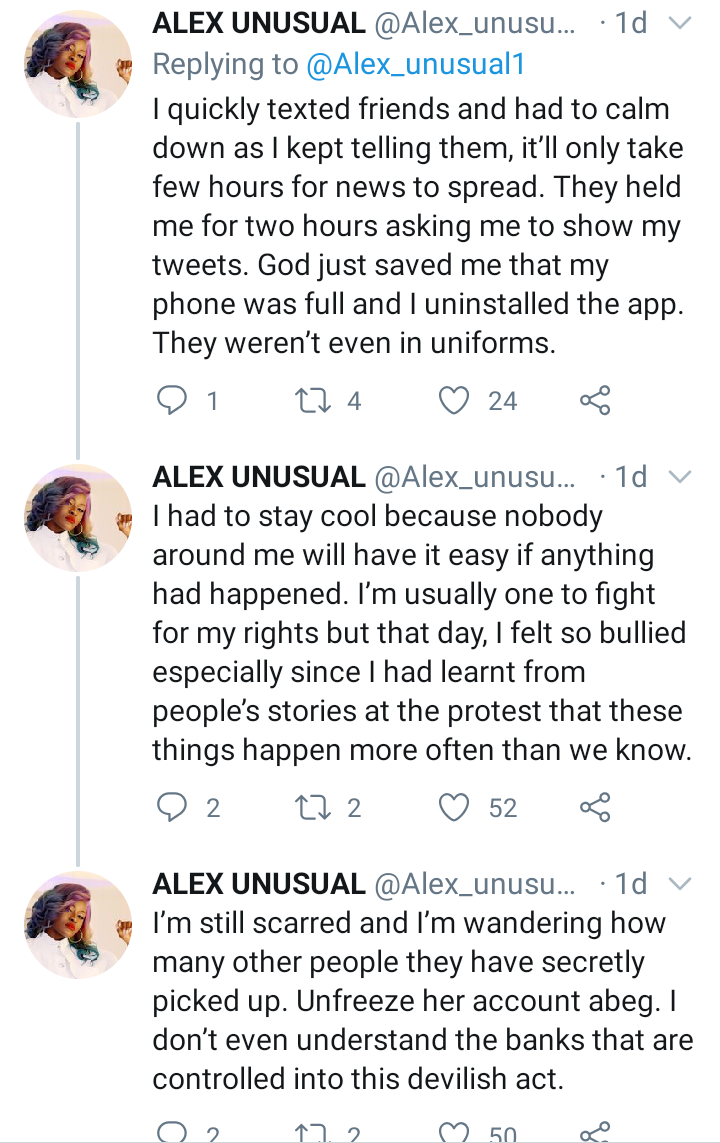