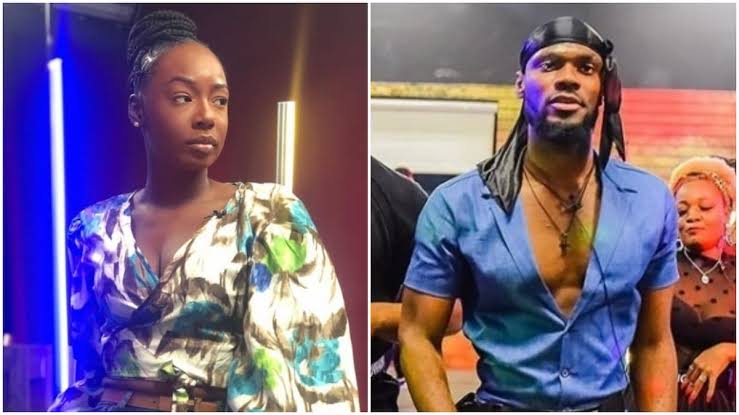 Former BBNaija housemate, TolaniBaj took to twitter to react after an MC at the grand homecoming event organized for Prince tribe-shamed her.

Prince had received a hero’s welcome after he touched down on Owerri soil, Imo state Capital. An homecoming event was organized for the reality TV star.

During the course of the occasion, the MC had made a joke about how the relationship between the duo almost sailed.

Information Nigeria recalls that TolaniBaj and Prince were lovers while in the Lockdown house and they called it quits.

The MC said that he prayed so hard so that the reality TV star wouldn’t end up “going to Yorubaland” and that he is happy that “the wishes our fathers” followed him and he returned to Igboland safely.

Reacting to this, TolaniBaj wrote on Twitter, “Tribalism or illiteracy?”, a question aimed at the MC’s careless utterances at the party.

TolaniBaj is not having a statement made by the MC at Prince's homecoming, as she calls the MC out for tribalism/illiteracy#BBNaija pic.twitter.com/4kycJ8iLDk