Nigerian comedian, Crazeclown has descended heavily on a troll, who left a distasteful comment regarding his unborn child.

Information Nigeria recalls that the comedian, in the penultimate week, had revealed that he is currently expecting the arrival of his first child with his fiancée, Jojo.

Taking to Instagram, the comedian posted a photo from his fiancée’s recent maternity shoot.

In the photo, the comedian can be seen cradling his fiancée’s bare baby bump while standing close to her.

However, a troll asked him to keep the pregnancy a secret just in case he loses his child.

“What if this child dies now, keep it a secret”, the troll wrote. 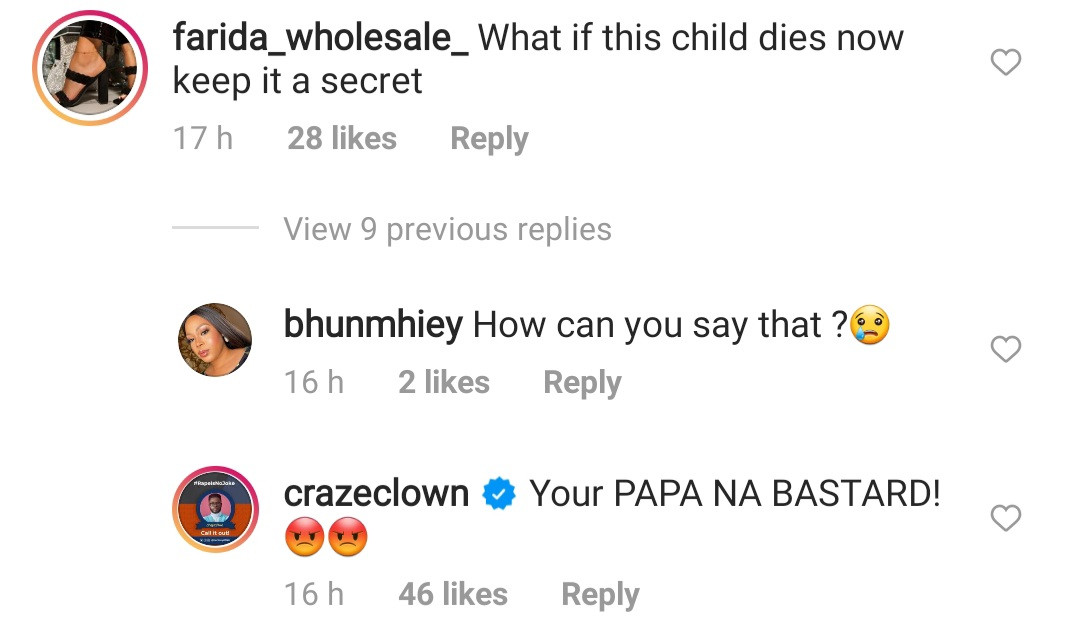