The music star continues to trend online nonstop since he released a video clip of himself chanting the words “TULE” on his social media pages. 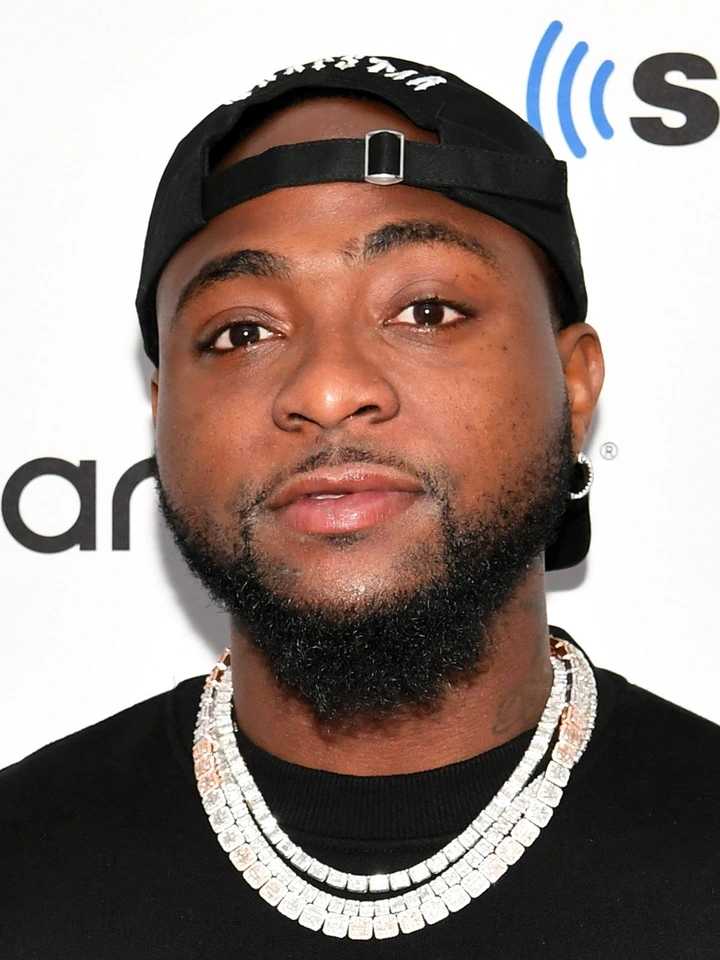 Music act Davido’s challenge known as the Tule challenge has been on for a while now and many fans have been popping in their videos just to win the sum of 2 million naira.

Every fan has tried to imitate what he did but the most surprising video is a white woman who was seen saying tule, tule then laughing.

See his reaction below: 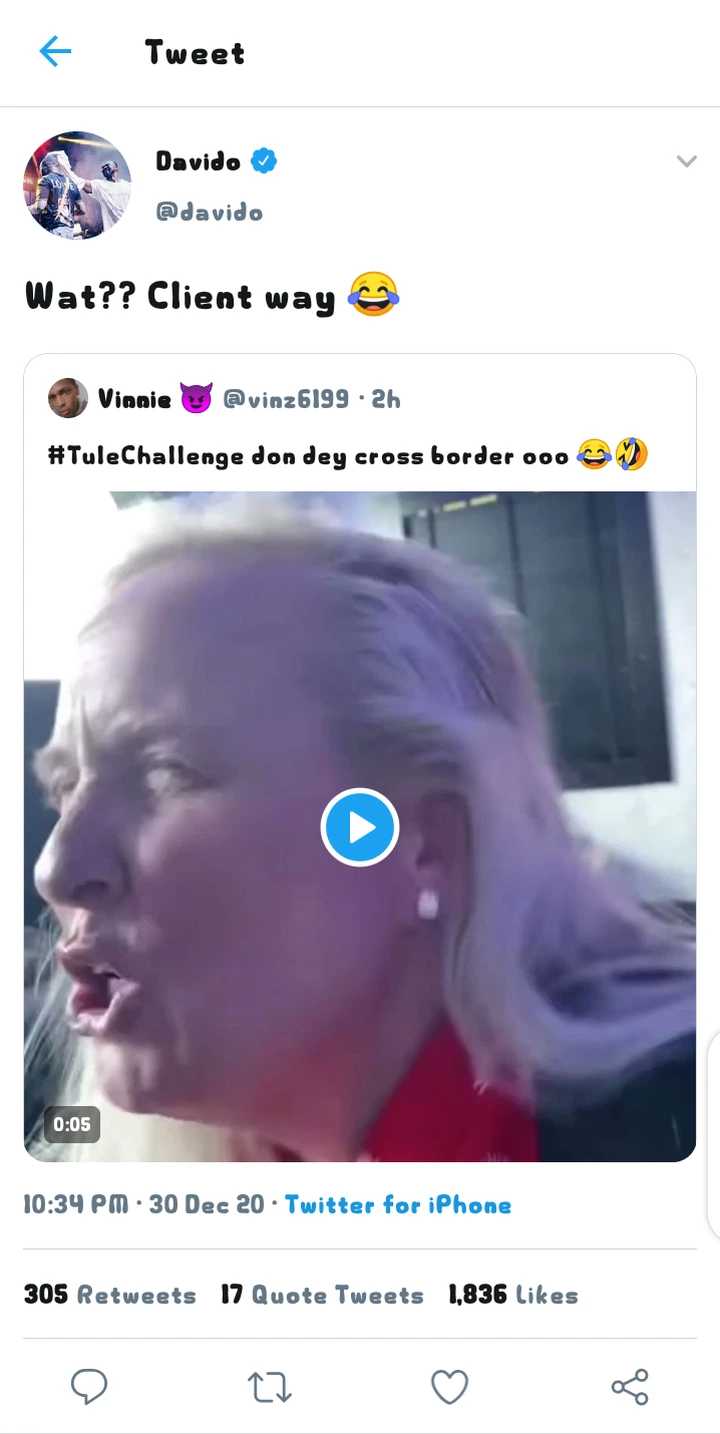 In another news,
Davido had taken to social media to announce that he would be quitting music, after there were multiple online reports that he had a brawl with Burna Boy at a club, Twist, in Ghana.

The brawl was alleged to have started after Burna Boy reportedly moved towards Davido’s camp in the club. According to reports, the African Giant was allegedly angered as the DJ in the club continued to play different songs by Davido, despite the fact that Wizkid and Burna Boy were in the club.

So far both Burna Boy and Davido’s camp have kept mum over the alleged brawl at the club in Ghana despite videos that have surfaced online as The Punch has reached out to them but to no avail.

Calling on players of the Nigerian music industry to speak to Davido over his decision to quit music, Cubana Chief Priest described the singer as the pillar of the music industry in Nigeria.

“If Davido should leave Music, the entire Nigeria music Industry will collapse. We all know how he has lifted so many people today. The real Odogwu himself David Adeleke”

If Davido should leave Music, the entire Nigeria music Industry will collapse. We all know how he has lifted so many people today. The real Odogwu himself David Adeleke ✊🏽 Tule !!