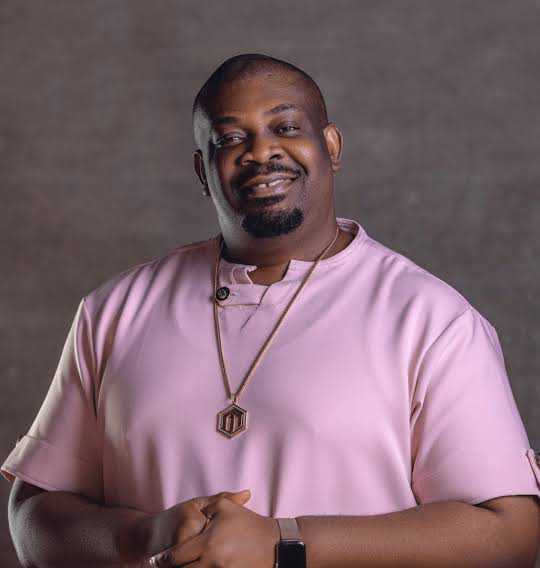 Nigerian record music producer, Michael Collins Ajereh, alias Don Jazzy, has put a smile on the face of a lucky fan by purchasing his painting originally worth N200,000.

The fan identified as Fredrick Omoniyi had taken to Twitter to tweet that he hoped he would have sold the artwork since the day he launched it. He then asked if the Mavin Records leader would love to buy the painting.

Taking to Twitter to express his happiness, the fan tweeted:

“You re very welcome bro. Can’t wait to have painting in my home. Thanks” 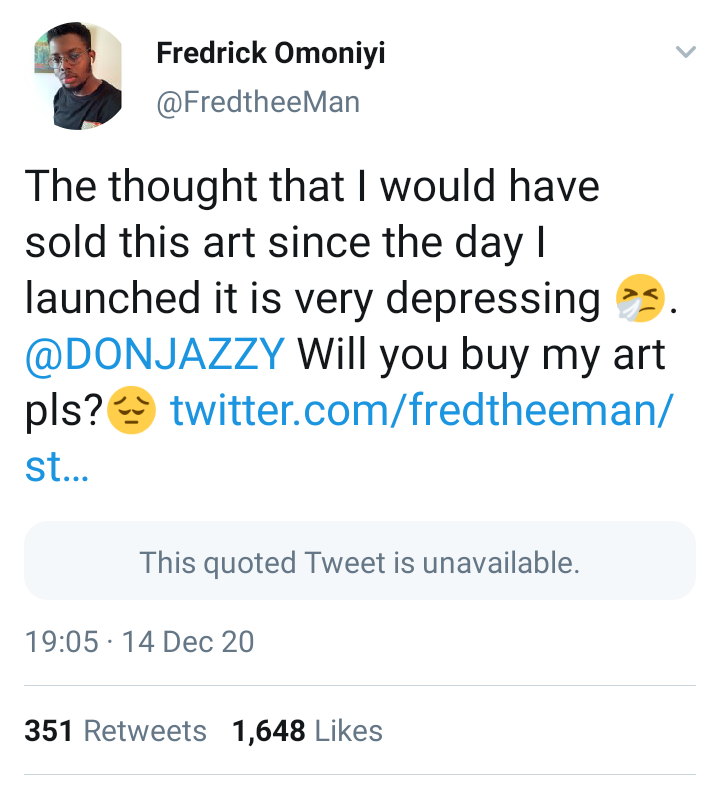 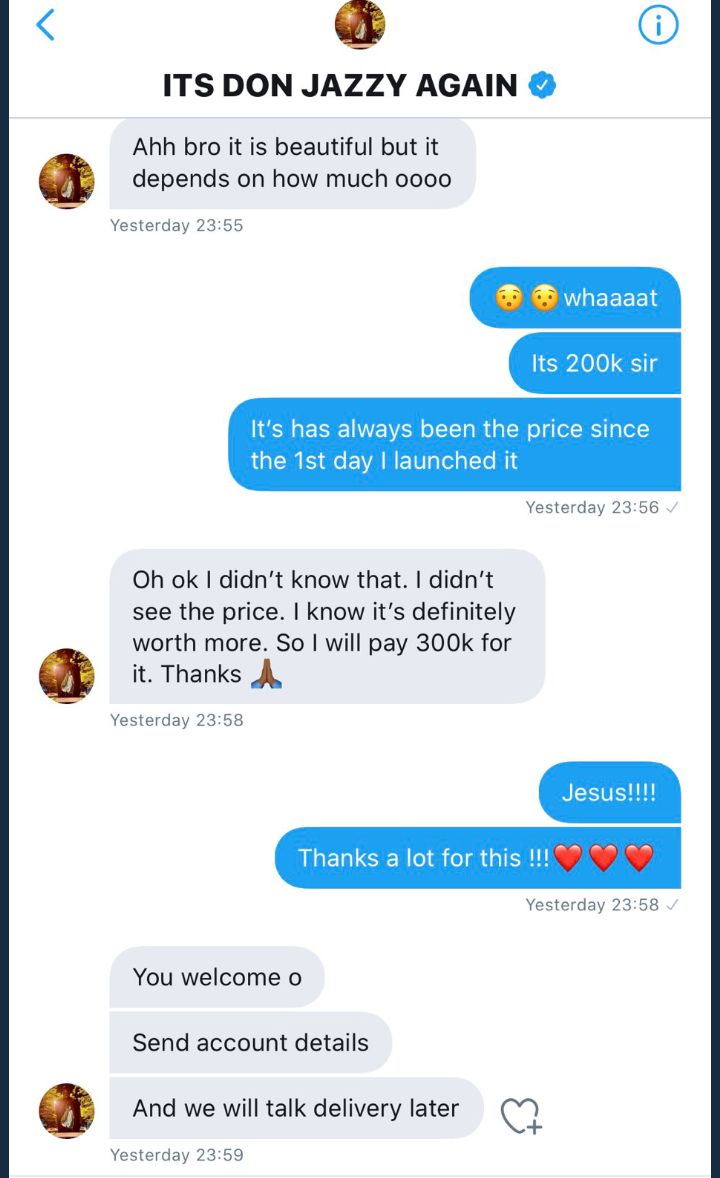 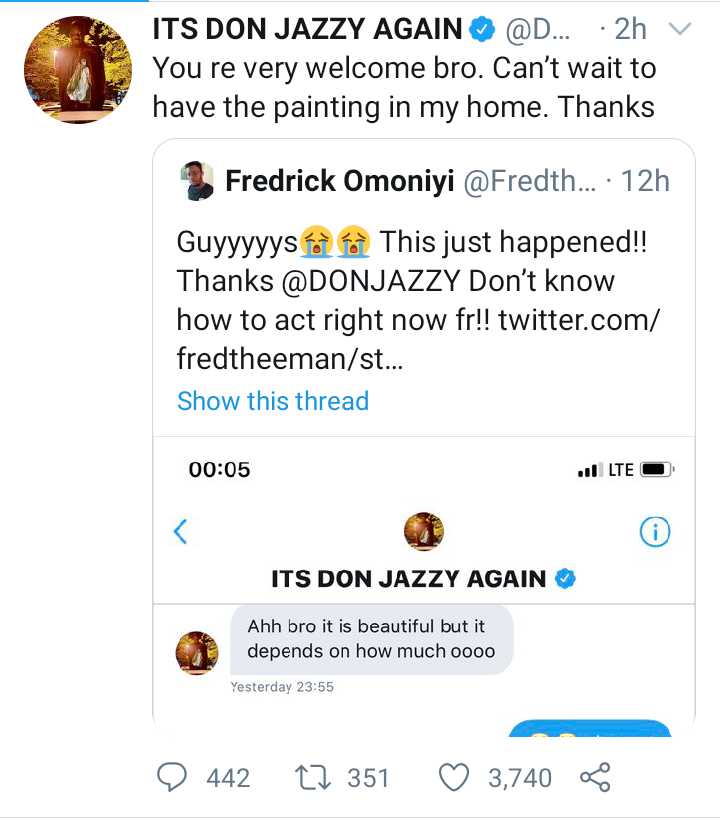