According to reports, the reality TV star traveled down to Imo state for a show and Prince seized the opportunity to introduce her to his parents. This sparked speculations on social media that the duo are in a romantic relationship.

In a couple of photos which captured a palace setting, Dorathy was all smiles as she knelt down before Prince’s father, King Leomike Enwerem, the  HRH Eze Ebii 1 of Ebie land. She was also seen hugging her co-star’s mum. 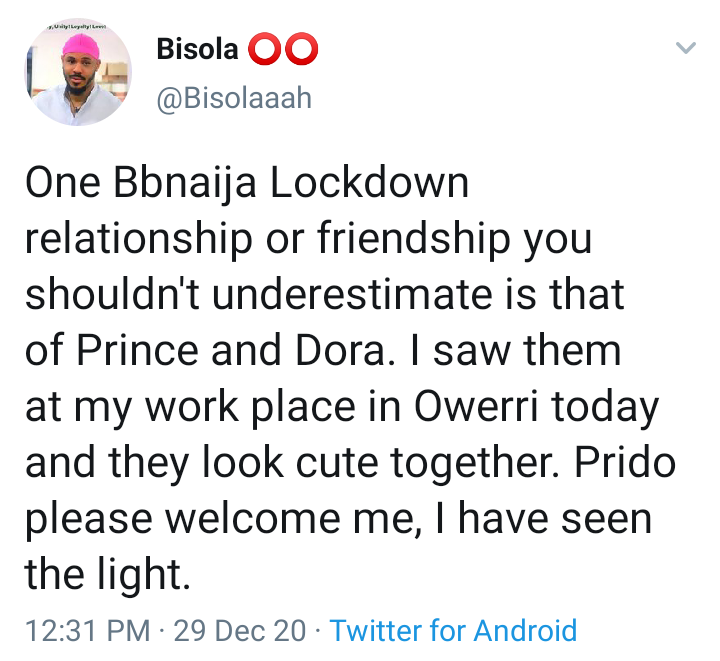 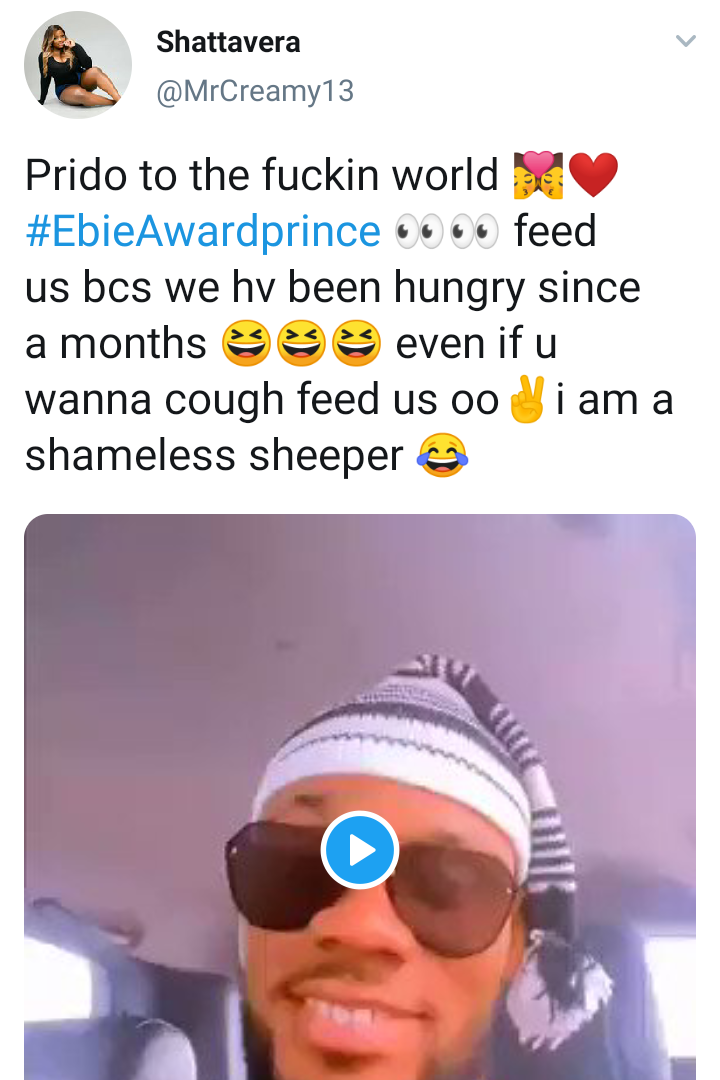 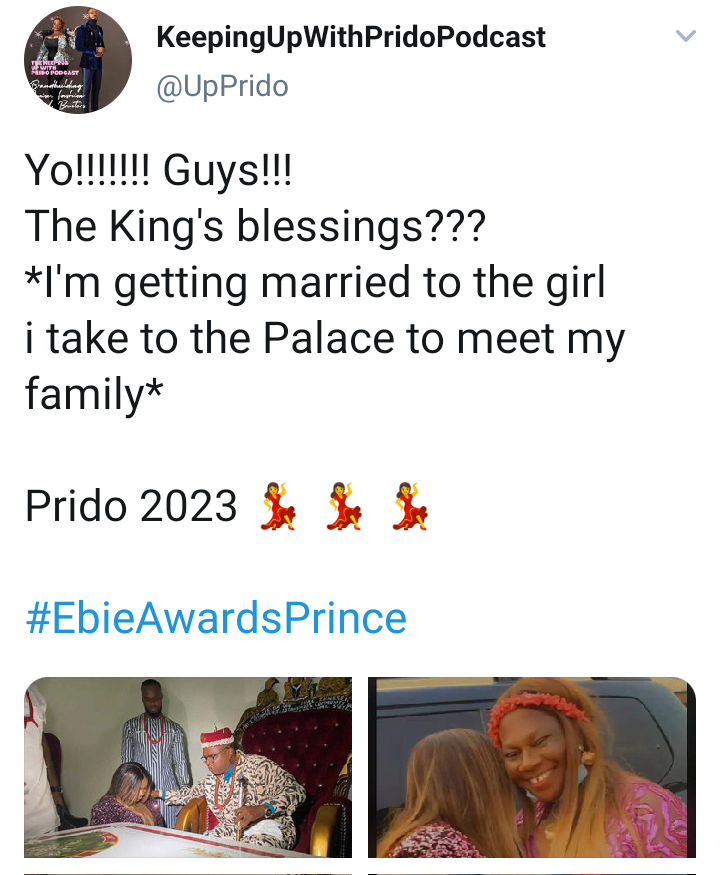