Popular Nigerian singer, Omah Lay has cried out over the way he is being treated in Uganda following his arrest.

Information Nigeria recalls that the singer was arrested by Katwe Police along with his colleague, Tems and others for participating in an authorized concert in the country.

Although, Omah Lay had released a tweet on Sunday in which confirmed his arrest and he mentioned that everything will be fine.

Information Nigeria gathered that he and Tems were arraigned at the Division court in Kampala for flouting COVID-19 guidelines in Uganda. The duo will remanded till Wednesday.

According to reports, the organizers of the event had disguised the show as a lunch and dinner event but it turned out to be a concert with large crowd in attendance.

The ‘Bad Influence’ crooner has now taken to Twitter to lament over his detainment.

The singer said that he and his colleagues have both been handcuffed. He also mentioned that he wonders why he has been unlawfully detained.

“I’m in cuffs in Uganda right now with Tems”

“I’m just a singer trying to entertain, why am I being set up in Uganda?”

“I didn’t organize a show, I came on stage and saw teeming fans and sang to them…”

“Why is Uganda not letting @NigeriaMFA step into this? They have been trying to secure our release to no avail.”

“Is there something bigger at play in Uganda? Why do I have to take the fall for it???”

“Why am I being detained? Why am I not been given a right to a fair hearing?” 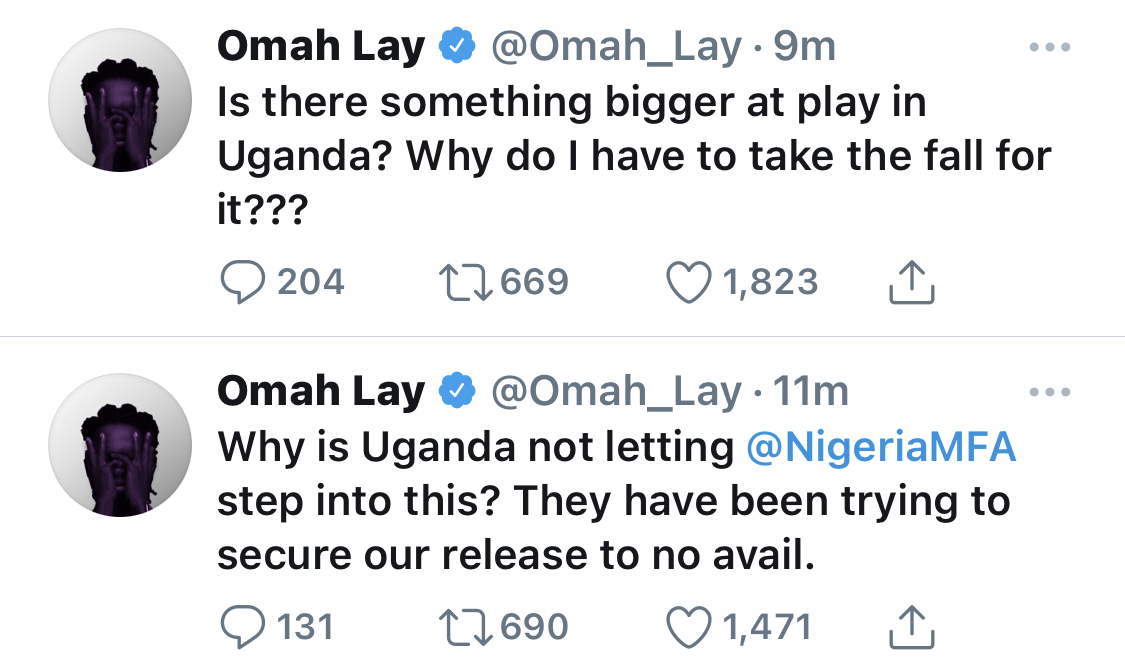