A particular fan of Davido, with twitter handle @Damii_aros has caught the attention of Nigerians and is quickly going viral After he said in a tweet that if Davido quits music, then the whole Nigerian music industry will suffer. 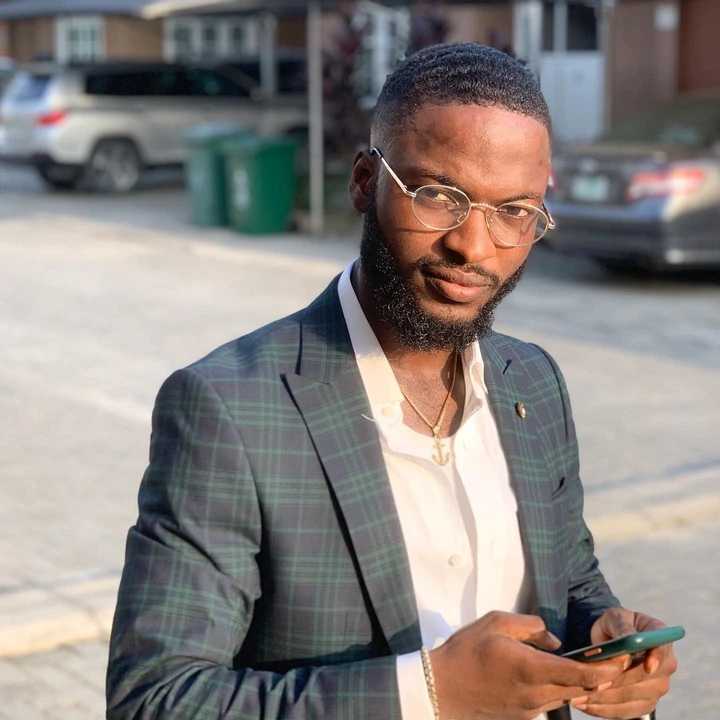 This has caused a stir and sparked hilarious reactions on social media as many internet users came for the twitter user who condemned the whole Nigerian music industry at the expense of just one artiste. 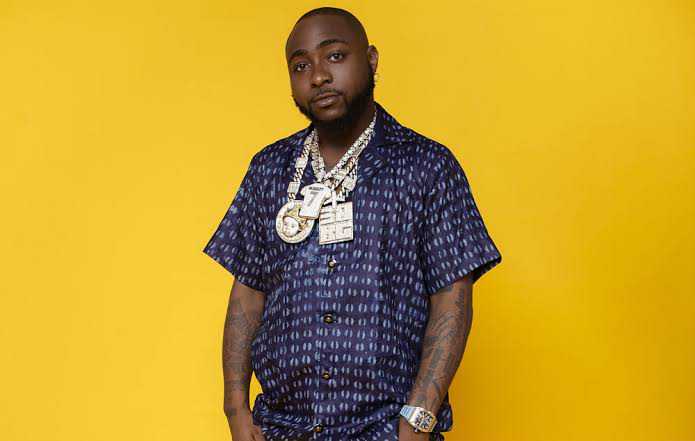 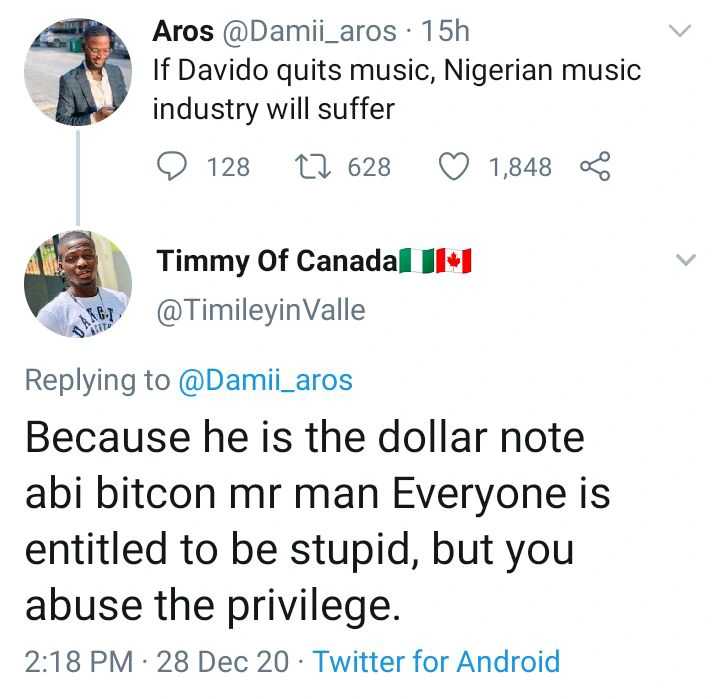 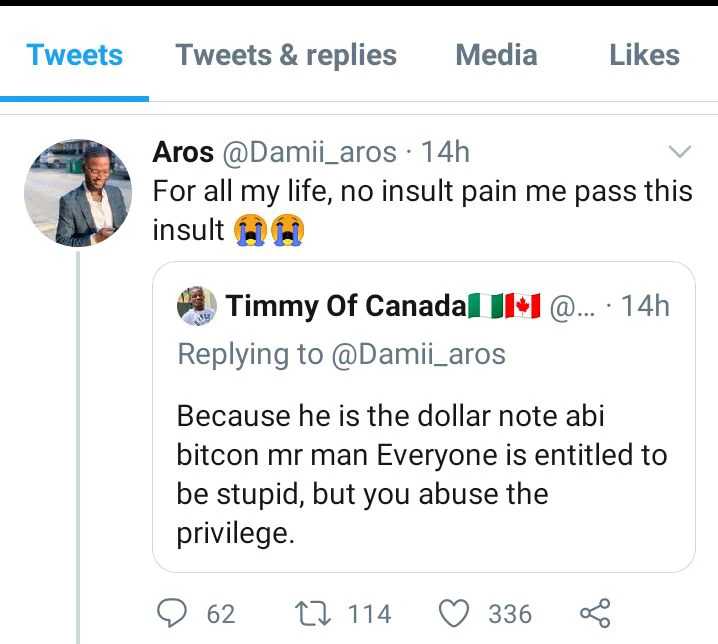 Below are some savage replies he got from his tweet: 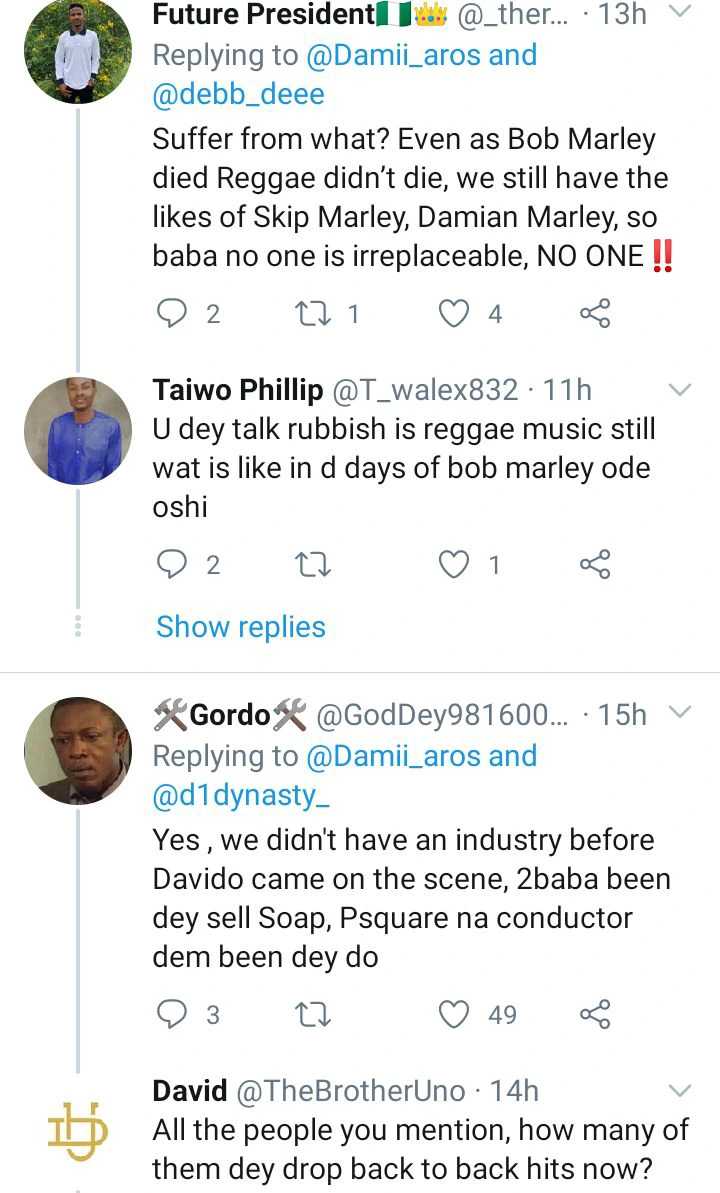 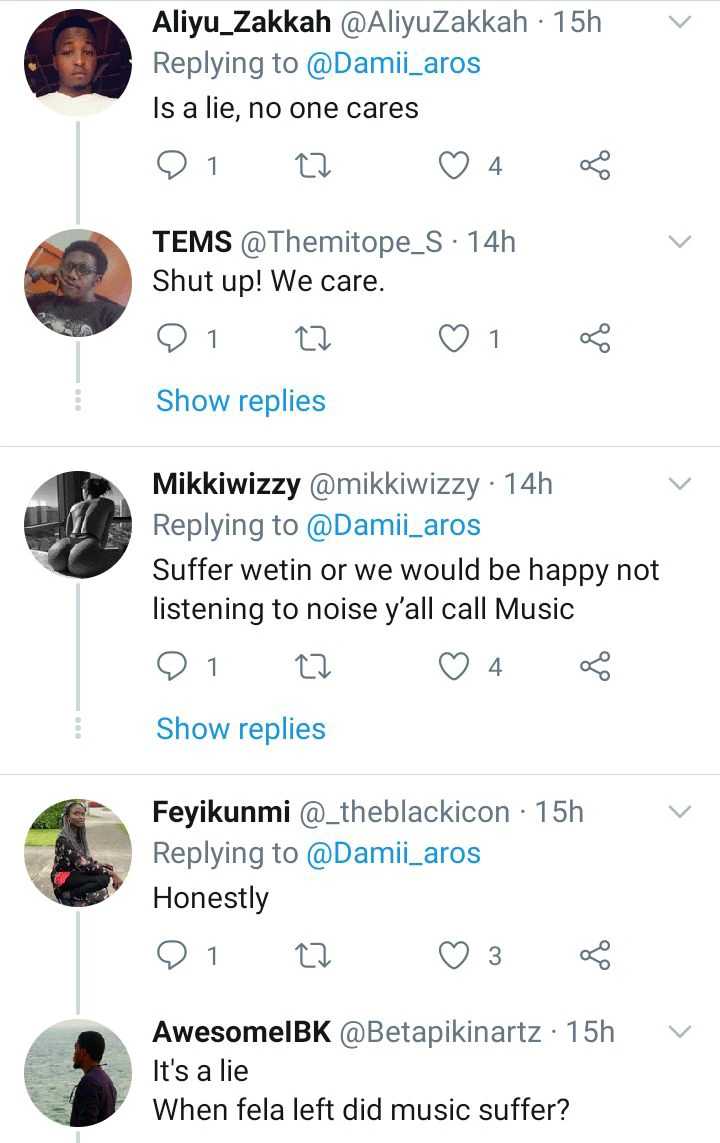 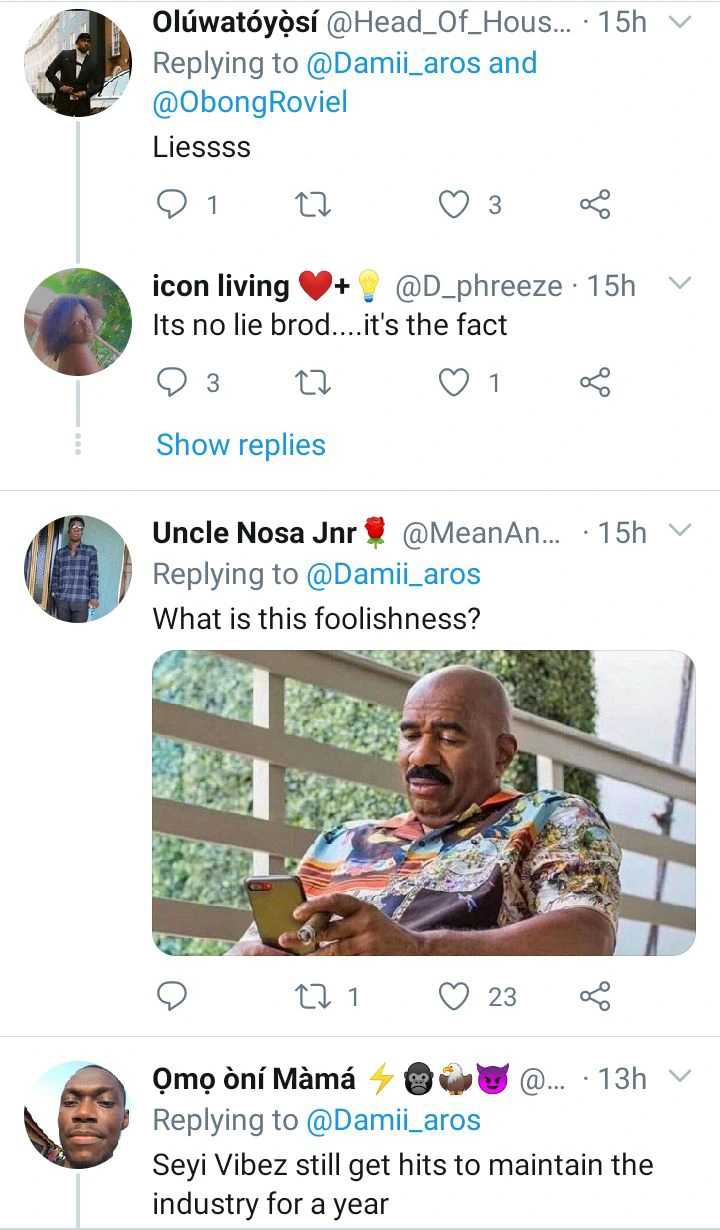 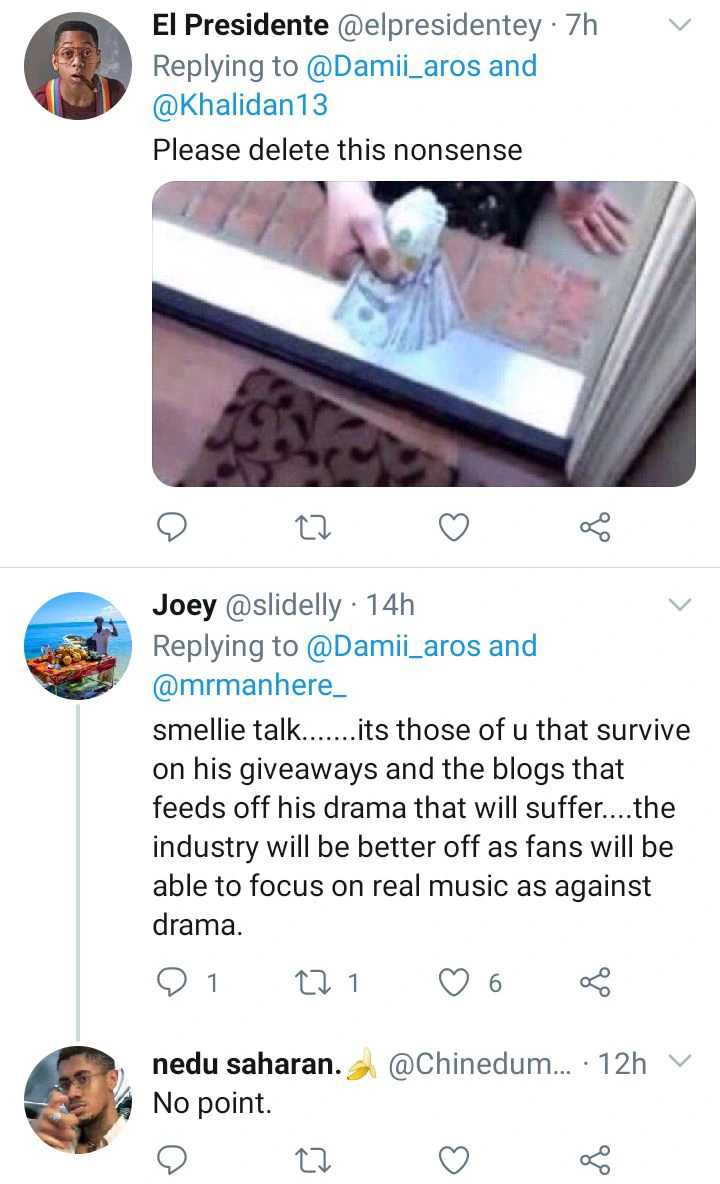 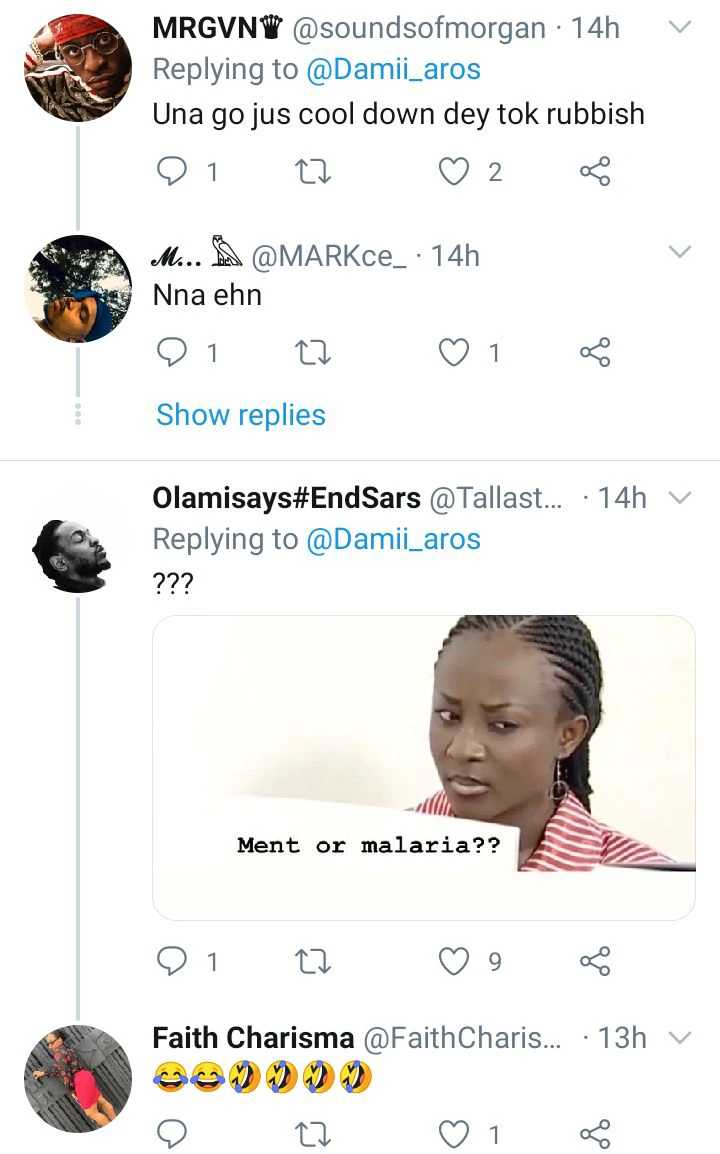 In another news, Nigerian Singer, Davido who has been in Enugu for the state carnival has reportedly gotten into a fight after he allegedly cheated on his fiancee, Chioma Rowland.

According to a faceless blogger, Cutie Julls, Chioma had a big fight with her potential husband upon hearing that Davido had sex with two women during a recent trip to Enugu. 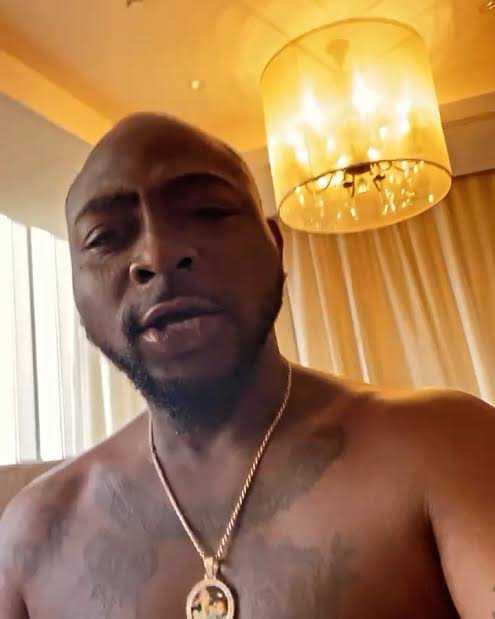 “Hmmm so when Papa Ifeanyi arrived from Enugu eehn, there was big fight o. This happened just before he left for Ghana

Na in I con send out telegraph.. As mama heard the amount of money David spent on women, she con vex. Confronted David.. It was a very heated argurment.

It took David’s lawyer to restore some small peace between the couple before David jet out to Ghana.

Let’s pray for Mama and Papa Ifeanyi. No wonder peole thay saw David earlier on in Ghana said the way he was riding a motor bike carelessly on the streets of Accra yesterday, looked like someone who was either high or troubled”