Former BBNaija housemate, Ka3na Jones set tongues wagging after she revealed that she will be celebrating her wedding anniversary soon.

The mother of one had posted a video via Instagram on Friday in which she showed off a diamond ring.

Ka3na also shared a tradition that she cultivated with her husband as their wedding anniversary approaches.

Sharing the video, she wrote;

Reacting to the post, Nigerians reminded the reality TV star about her sex escapade with her co-star, Praise.

Both ex-housemates had shared a night of passion while in the house as they were caught on camera moving their bodies in ecstasy under the sheets.

Although, the pair later both denied having sex, they acknowledged that they were ‘aggressively’ cuddling under the sheets. 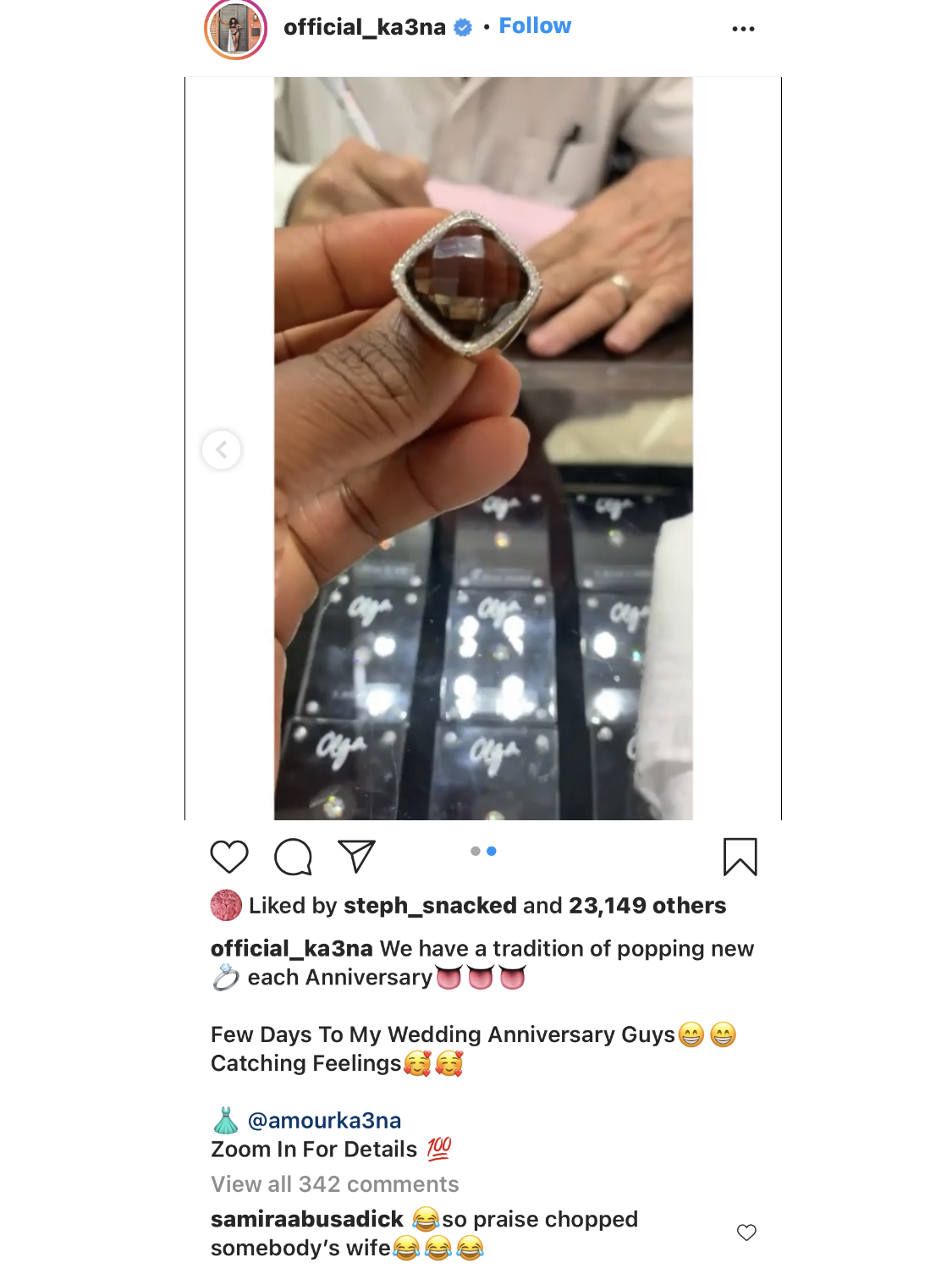 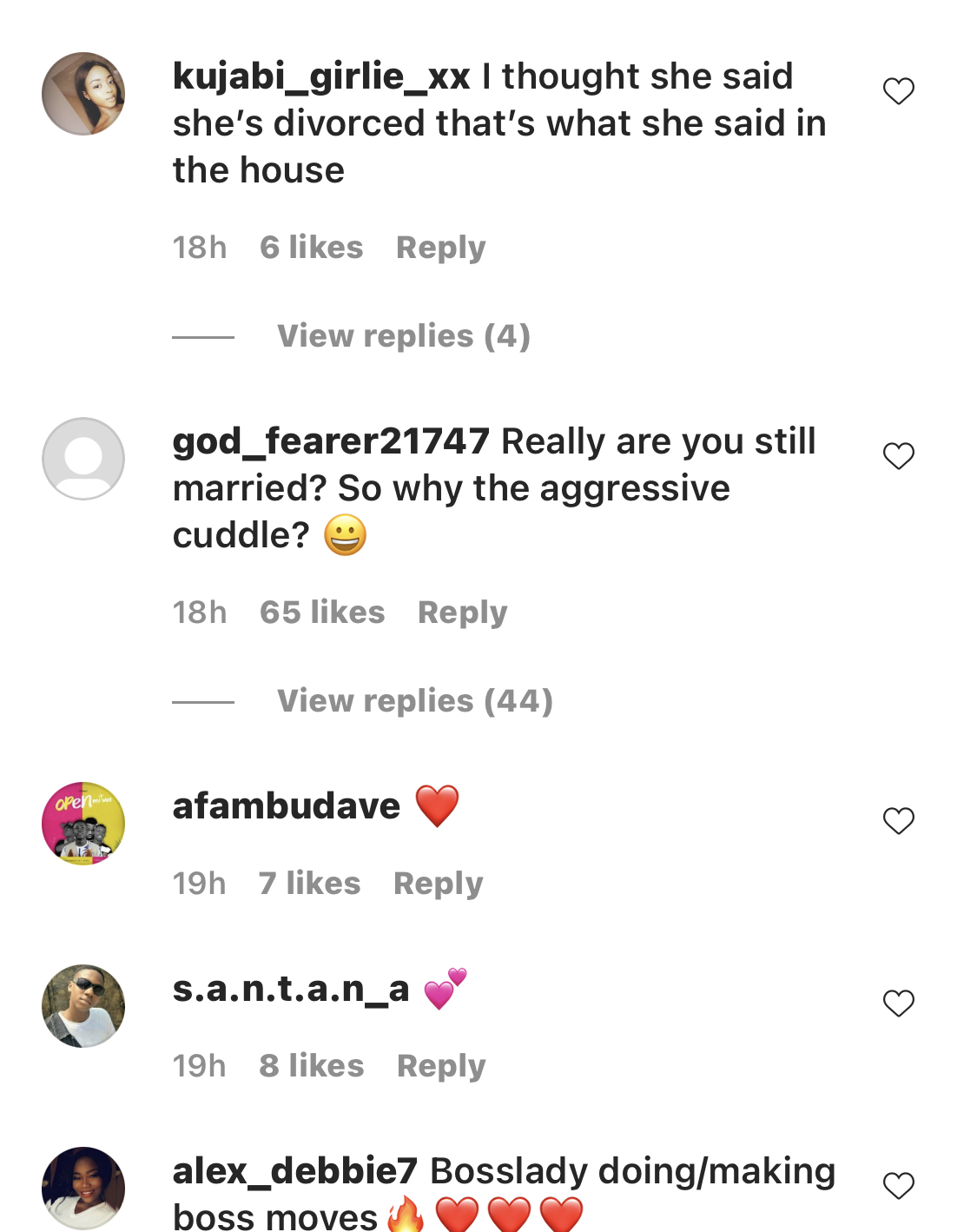 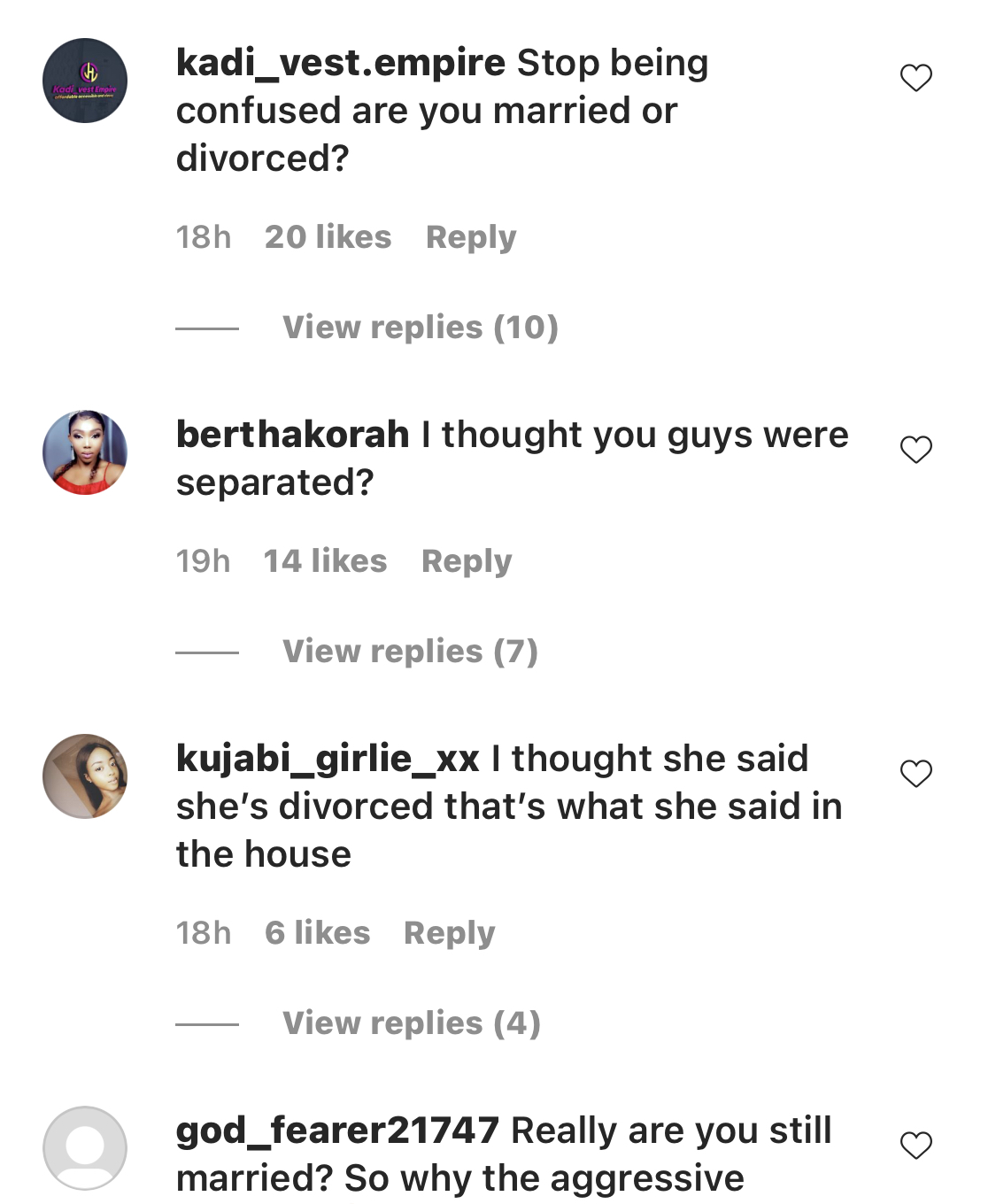 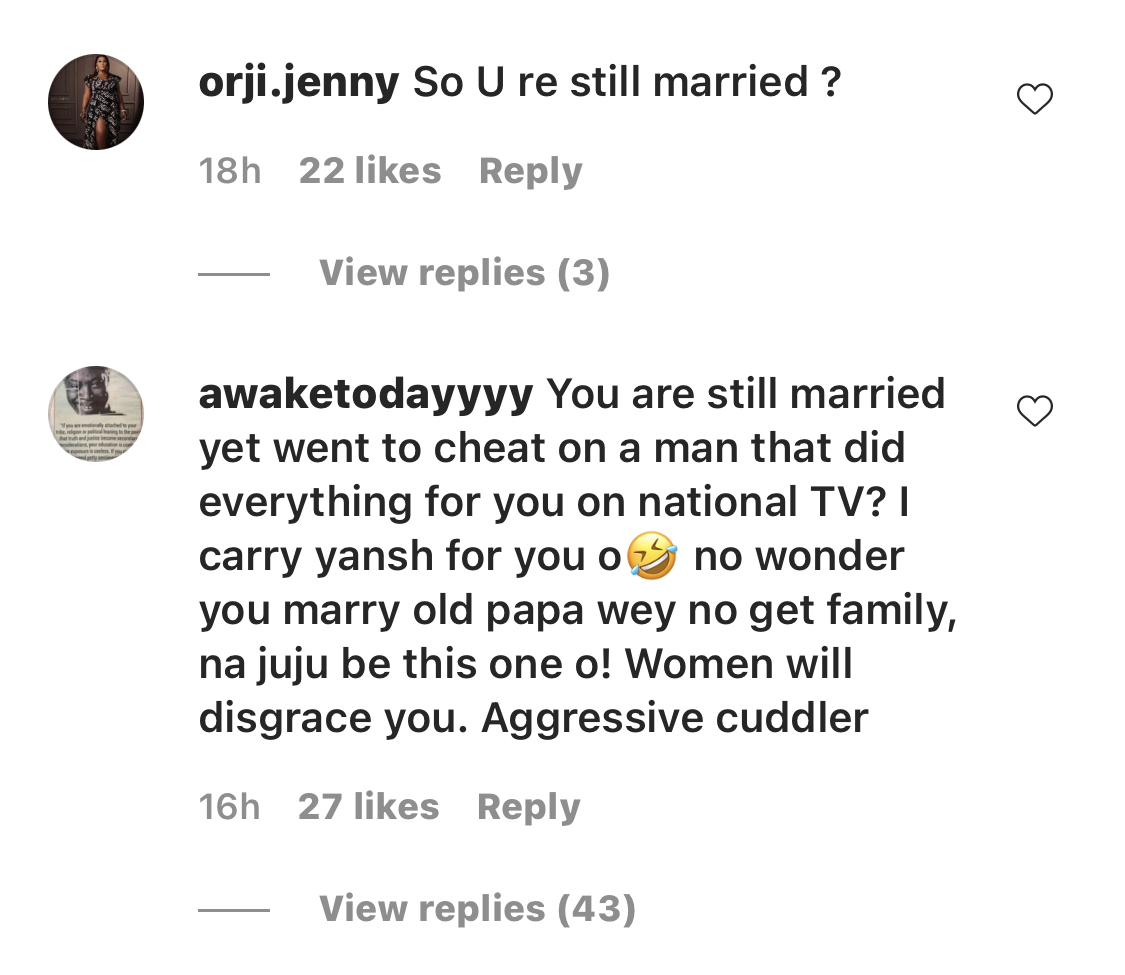