The celebrity barman dragged the disk jockey by the neck for tagging him severally in her recent Instagram posts. It appears DJ Cuppy had attended an event at the Cubana Pablo, which happens to be the celebrity barman’s former place of work.

Information Nigeria recalls that few months ago, the celebrity barman had severed ties with his boss and the chairman of nightclub chain Cubana Group, Obi Cubana following a rift.

The celebrity barman, who no longer wants to be associated with anything that concerns the nightclub chain, issued a note of warning to DJ Cuppy.

Sharing a screenshot of the tags, he wrote;

“Cuppy please stop tagging me carelessly. Dem send you? Abeg free me, since yesterday till now. You just dey tag me back to back. Why so annoying.” 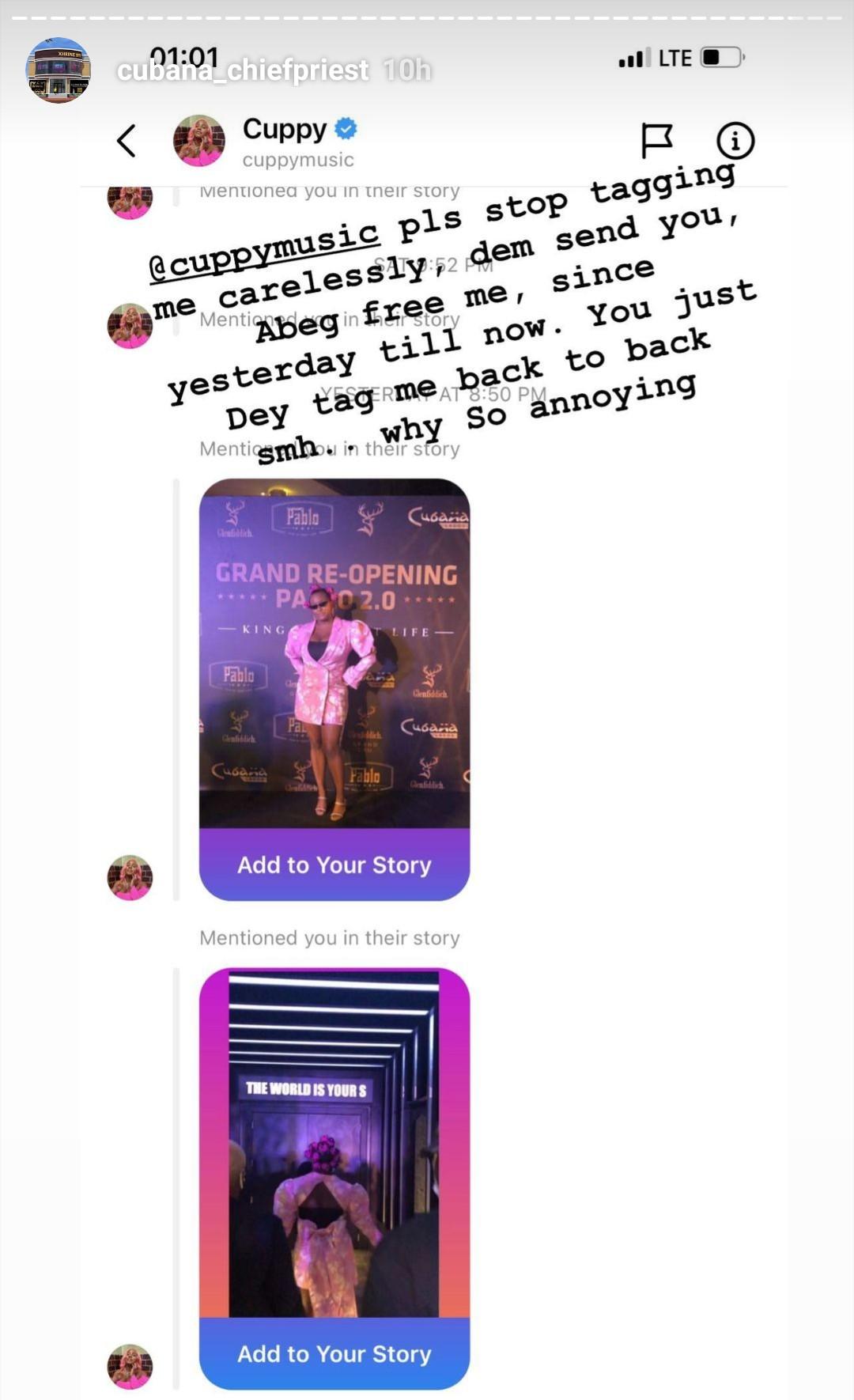