A video circulating on social media captures the moment popular singer, Davido’s crew members hyped him over his new set of dentures.

“My Paddi get private jet, who be ur paddi?”

Davido’s crew members then proceeded to hail the ‘Blow My Mind’ crooner saying;

“No be by gold teeth ooo, ur teeth white?”

On hearing this, the singer quickly took off his nose mask and he flashed his pearly white teeth while he was all smiles.

Information Nigeria recalls that earlier this year, the singer’s rival, Wizkid had taken to social media to show off his gold encrusted teeth.

Nigerians on Twitter assumed that the singer’s crew members were indirectly taking a dig at Wizkid and they have shared their thoughts about it. 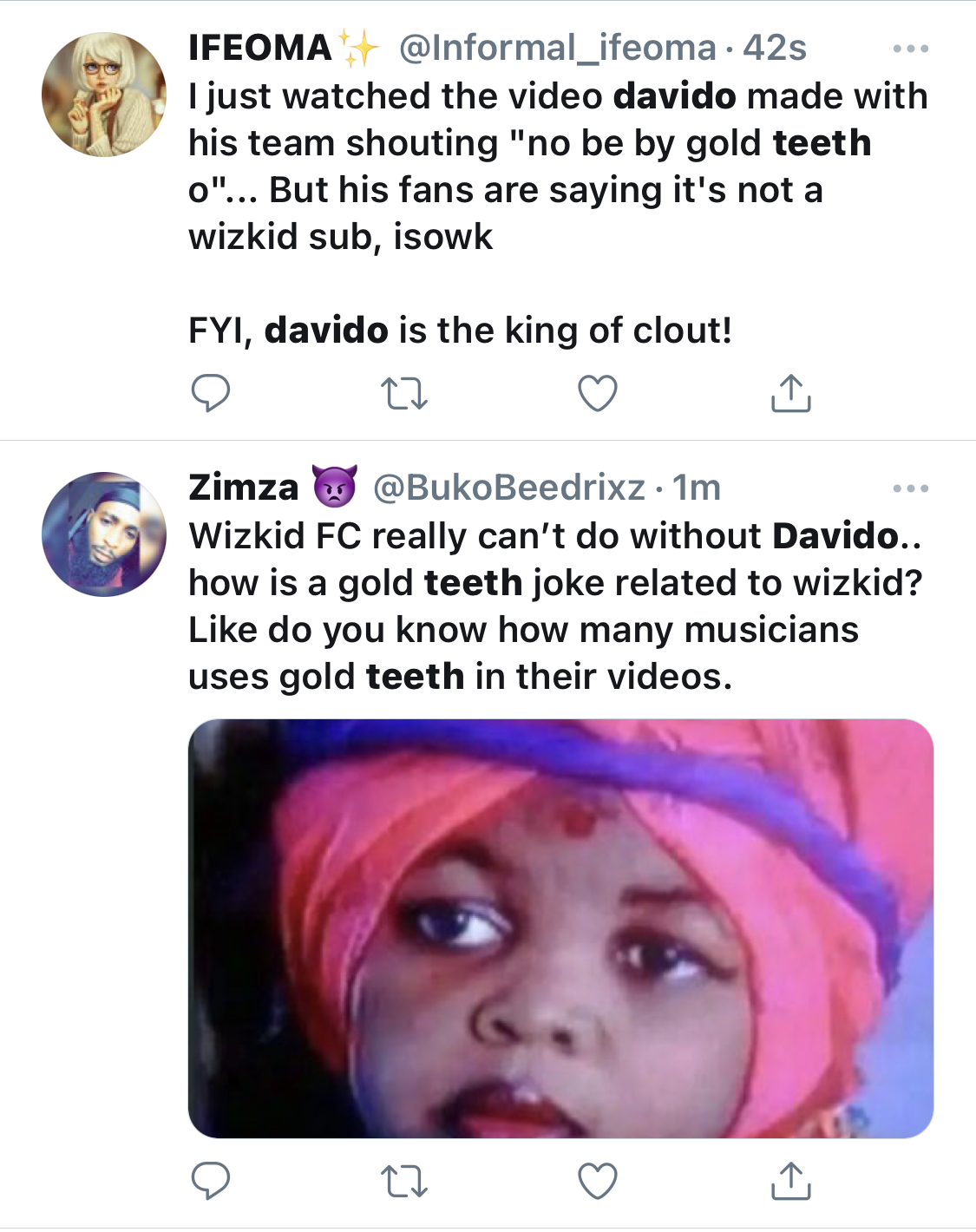