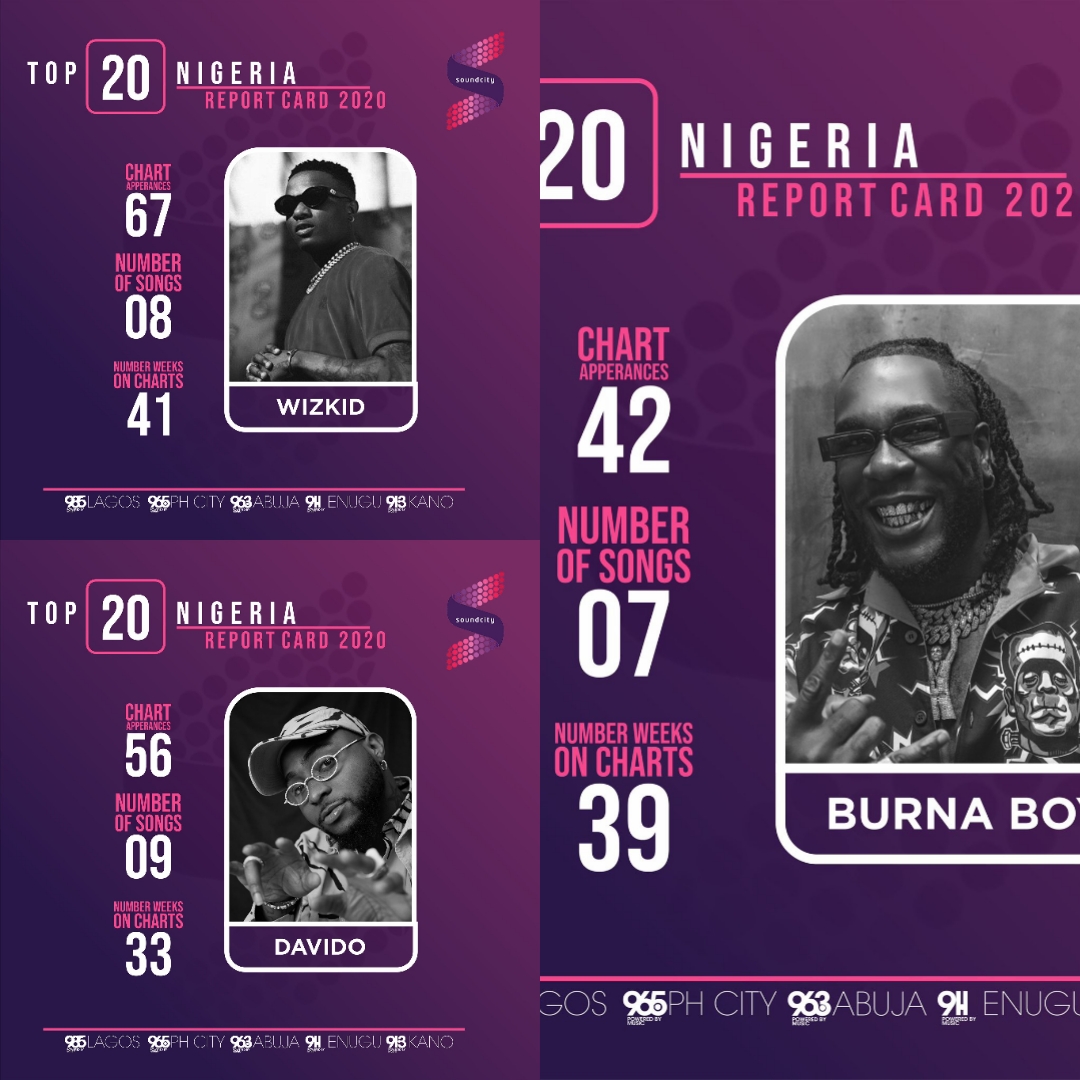 Soundcity Radio has released the list of their top 20 Nigerian highest-charting artists in 2020. The popular radio station took to Twitter to share the list with Nigerians. Mayorkun tops their list with Wizkid coming in at the second place. Omah Lay and Naira Marley occupy the third spot.

According to their report, Mayorkun had 88 chart appearances in 2020. Wizkid had 67; Omah Lay and Naira Marley had 61; and Davido had 56.