Controversial reality TV star, Natacha Akide, alias Tacha, got riled up after a troll described her fan-base, popularly called ‘Titans’ as the most toxic.

A Tweep, identified as Uncle Bayotics had sparked a debate after he tweeted;

“Erica and Davido fans are the most toxic on this app.”

Reacting to the tweet, a troll included Tacha’s fans to the list of toxic social media users.

On sighting the tweet, Tacha entered in full defense mode as she quoted the tweet and wrote; “Aren’t You MAAD!?”.

The reality TV star also took an extra step to correct the impression that her fans are toxic.

“People just miss place words on this bird App!.. Talking about “Toxic” like you know what it means
TITANS are the opposite of “Toxic” now let that sink.” 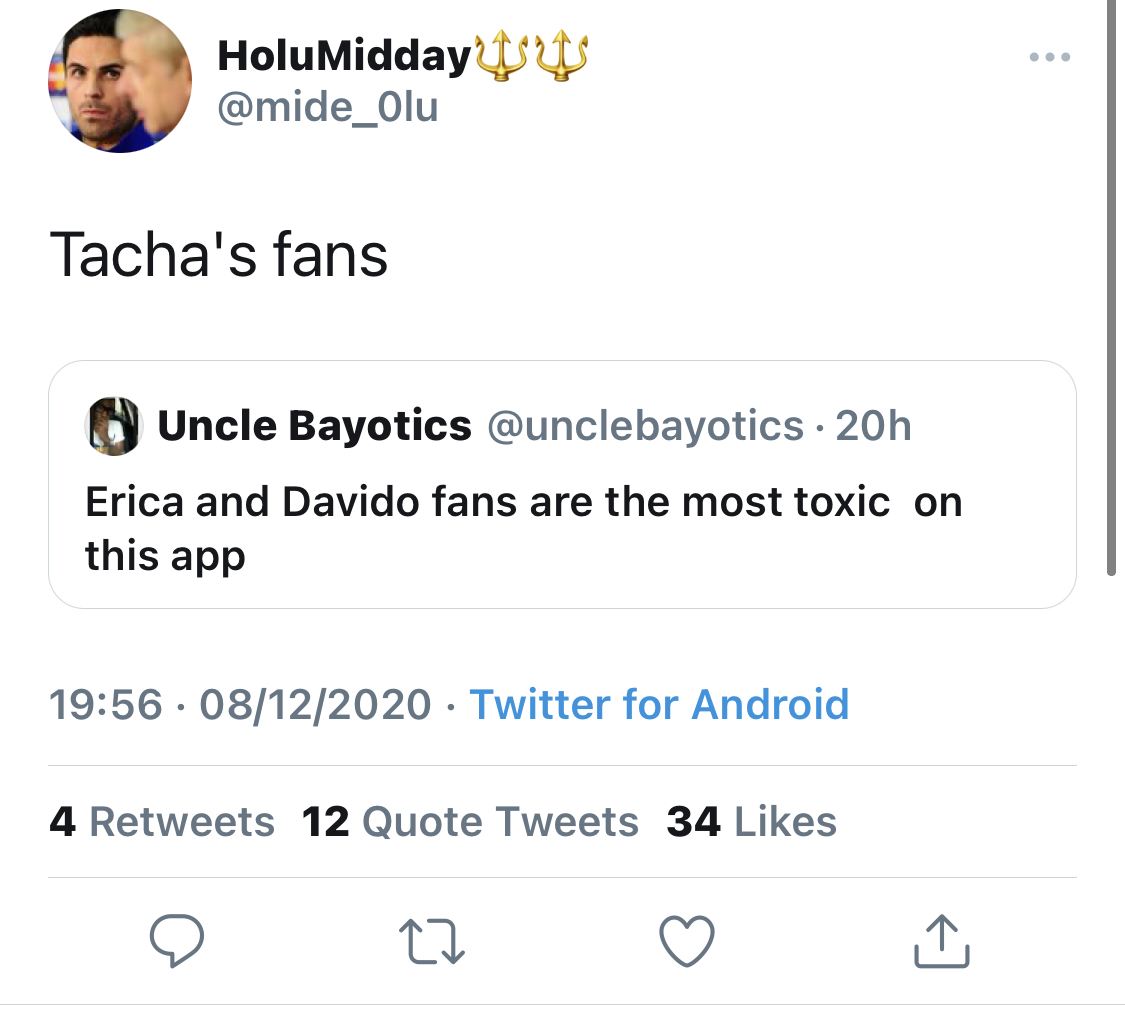 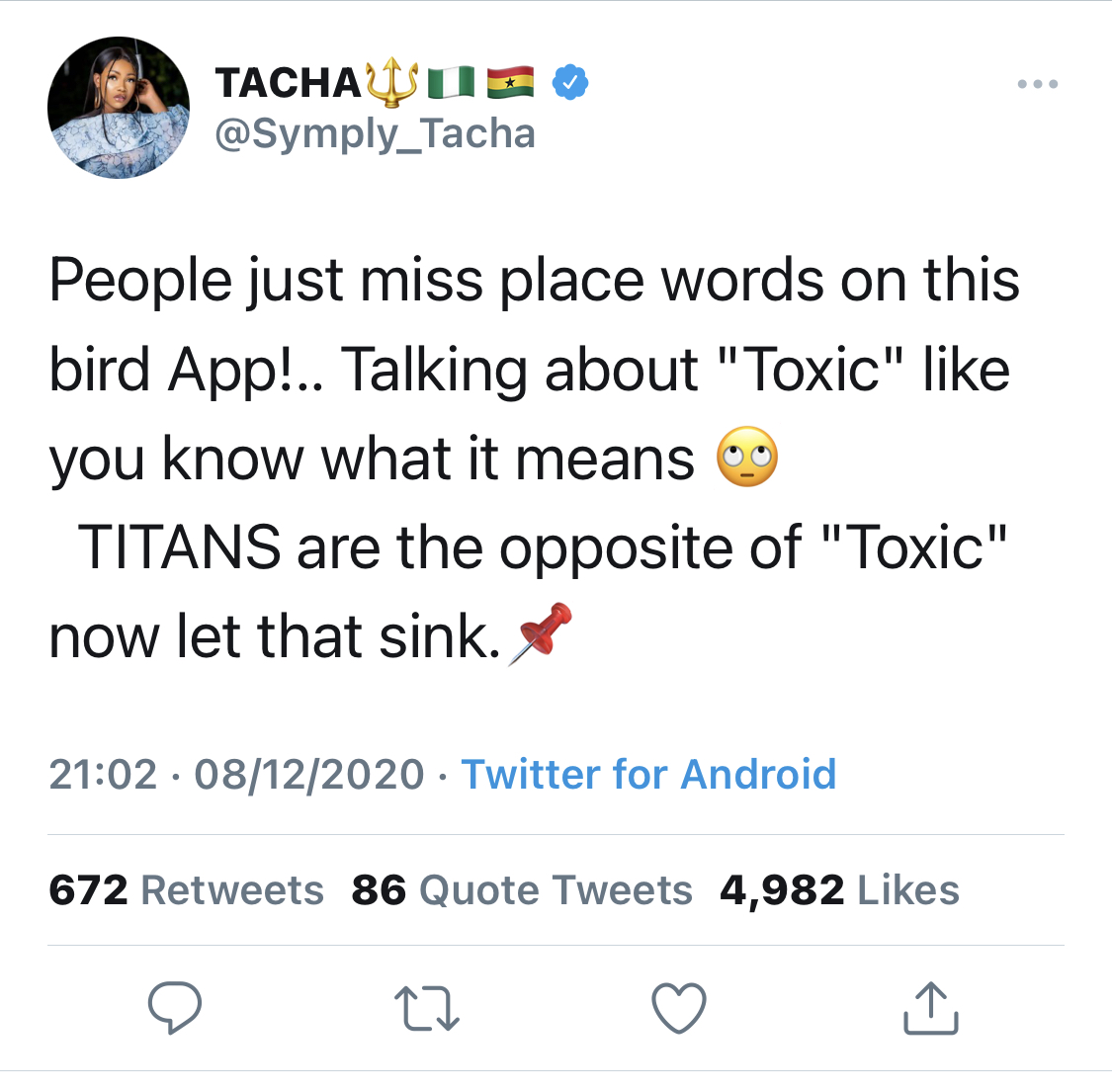 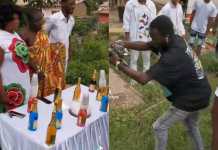 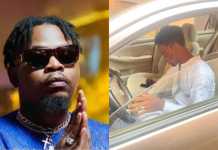