Controversial Nigerian actress, Etinosa Idemudia recently tackled her colleague, Stella Damasus after she said that men lose respect for women they sleep with if not married to them.

Damasus had posted a video via Twitter in which she advised young ladies against engaging in premarital sex.

The US-based Nigerian actress pleaded with ladies to either practice abstinence or use protection during sexual intercourse.

The movie star also opined that a man who sleeps with a lady when he is not married to the lady does not respect the lady.

Ladies, YOUR body, YOUR rules! If you can't abstain, then please protect yourself • Click on the link https://t.co/vpEa7oRfFt to watch the full episode • If you have any questions, please send an email to [email protected] pic.twitter.com/LFibPvX8A8

Reacting to the video, Idemudia disagreed with her colleague as she addressed the sexual double standards.

The actress noted that promiscuity is wrong and should be seen as a gender thing.

The film star noted that men are often lauded for having more sexual partners while women are criticized and this shouldn’t be so.

Read Also: Stella Damascus Reacts As Erica Says She Wants To Be Pampered And Babied By Someone 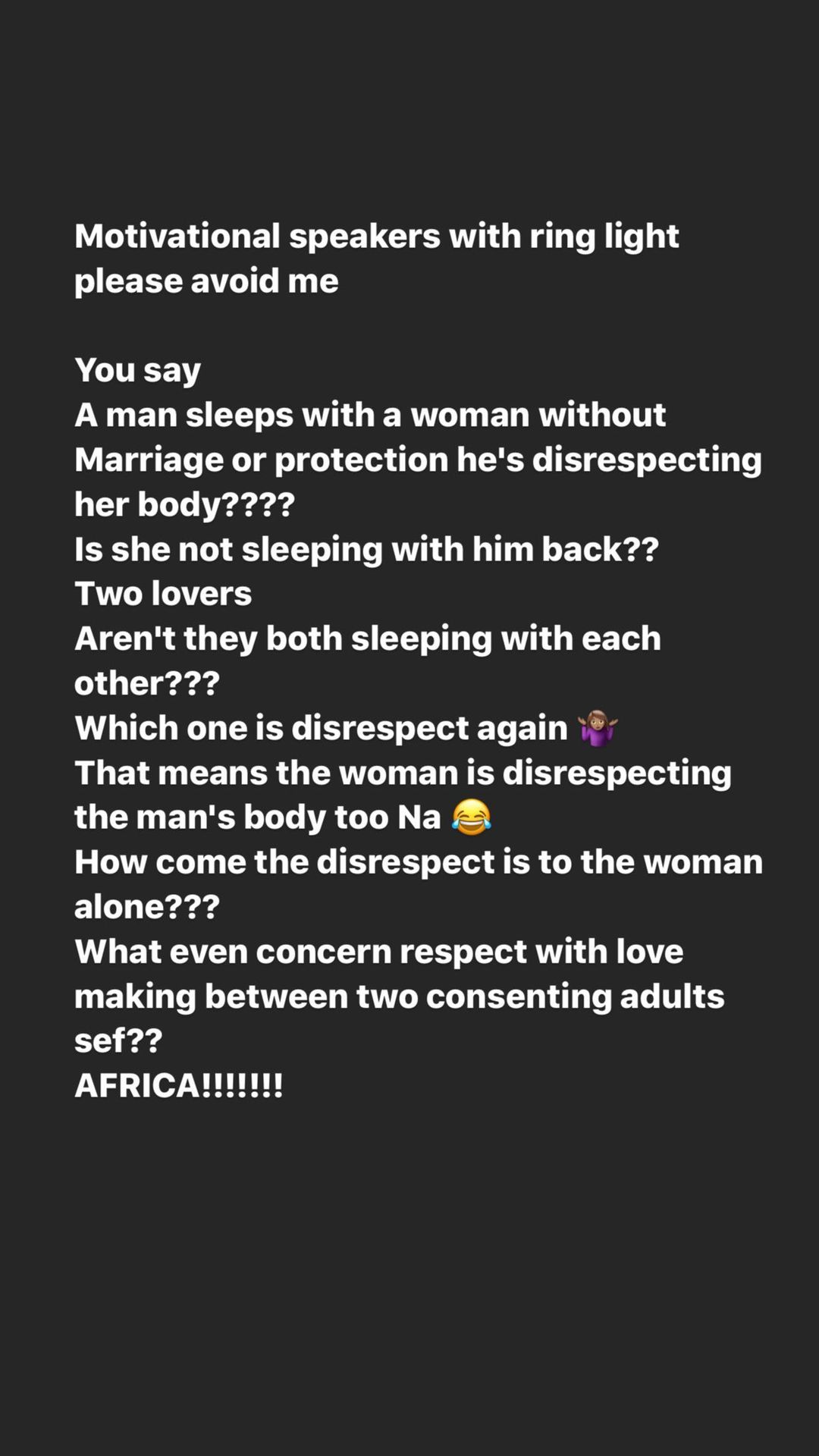 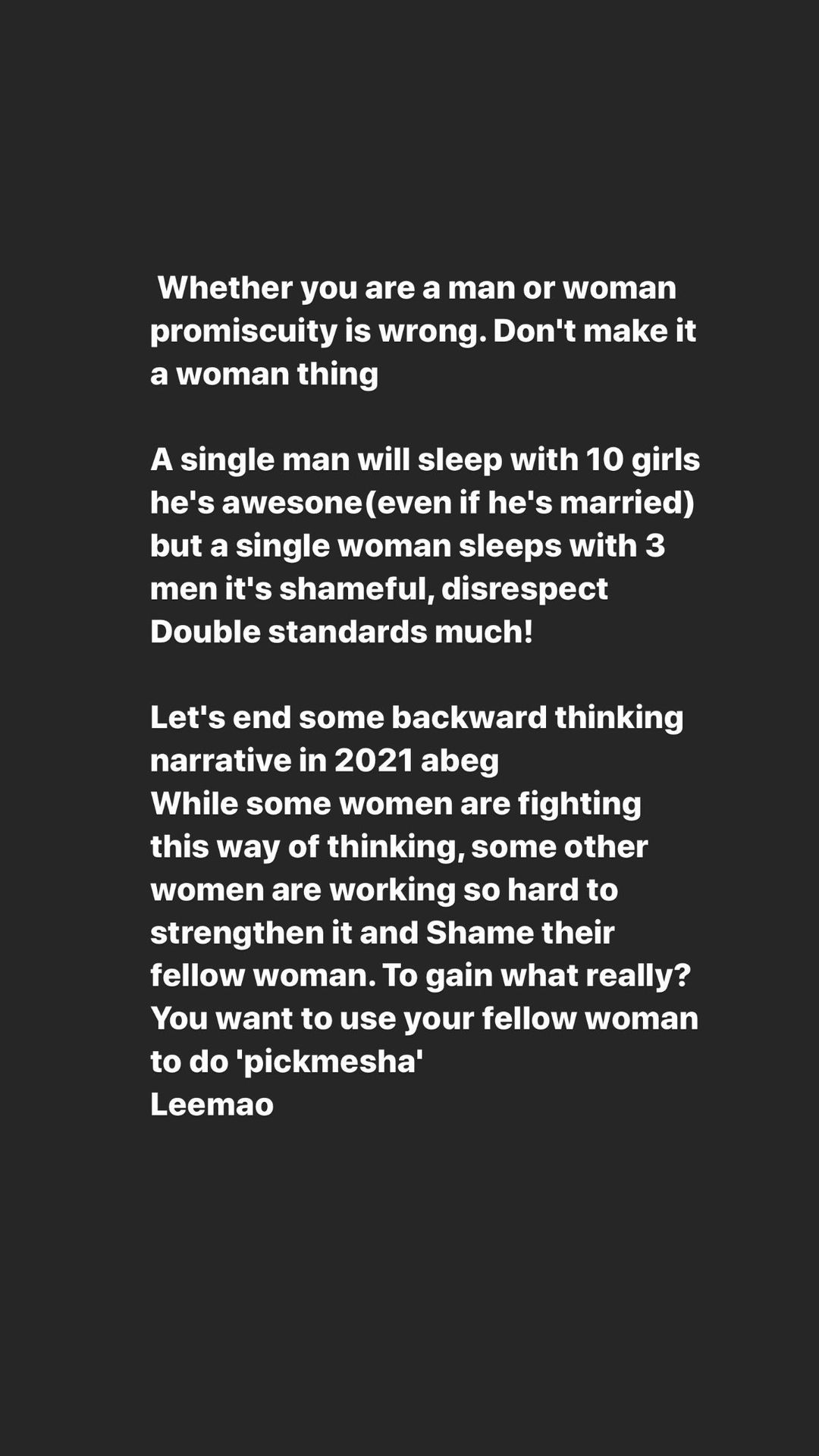