Information Nigeria reported earlier that Olumofin had called out the blogger for claiming he has psychological damage.

Taking to Instagram, Bobrisky blasted Ednut as he mentioned that the latter is short and round like a volleyball.

The drag queen also mentioned how the blogger would always ridicule him on his Instagram page yet he has garnered more following count than him.

“Short round man like volleyball. Back then you thought you were shading me but not knowing you were promoting me. I pass with you a whole 1million followers.”

The drag queen also noted that he hates Ednut for a number of reasons and especially because he is fond of insulting people’s parents.

“I just hated him for many reasons, the way he insults people mother, always happy bringing people down etc… No matter where you live in dis world they can always serve you a letter. Na money e go chop. Musician wey turn blogger, d idiot has no paperwork ever since him they live for Atlanta . After all ur insult back then i still pass you with a whole 1million followers.” 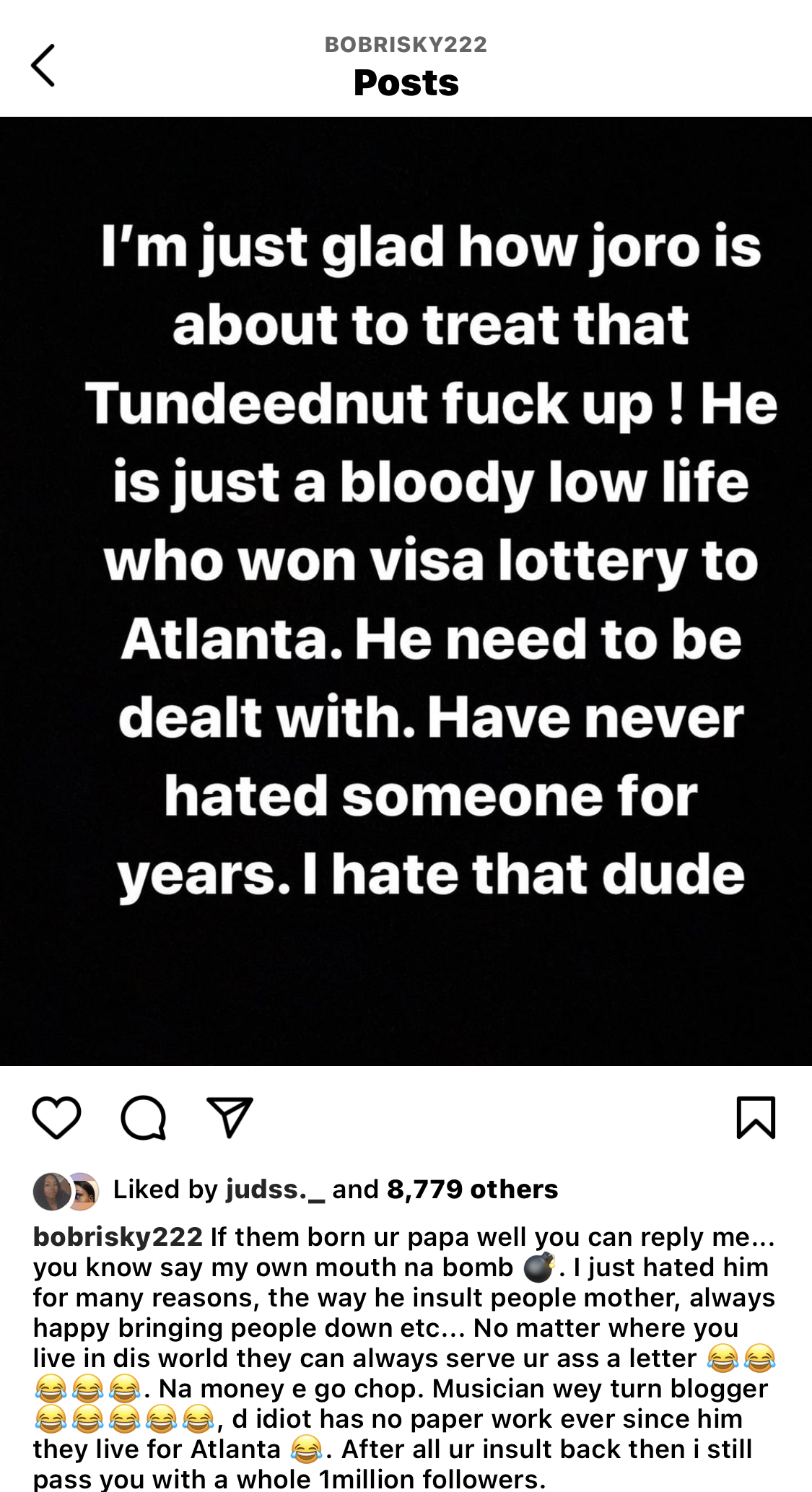 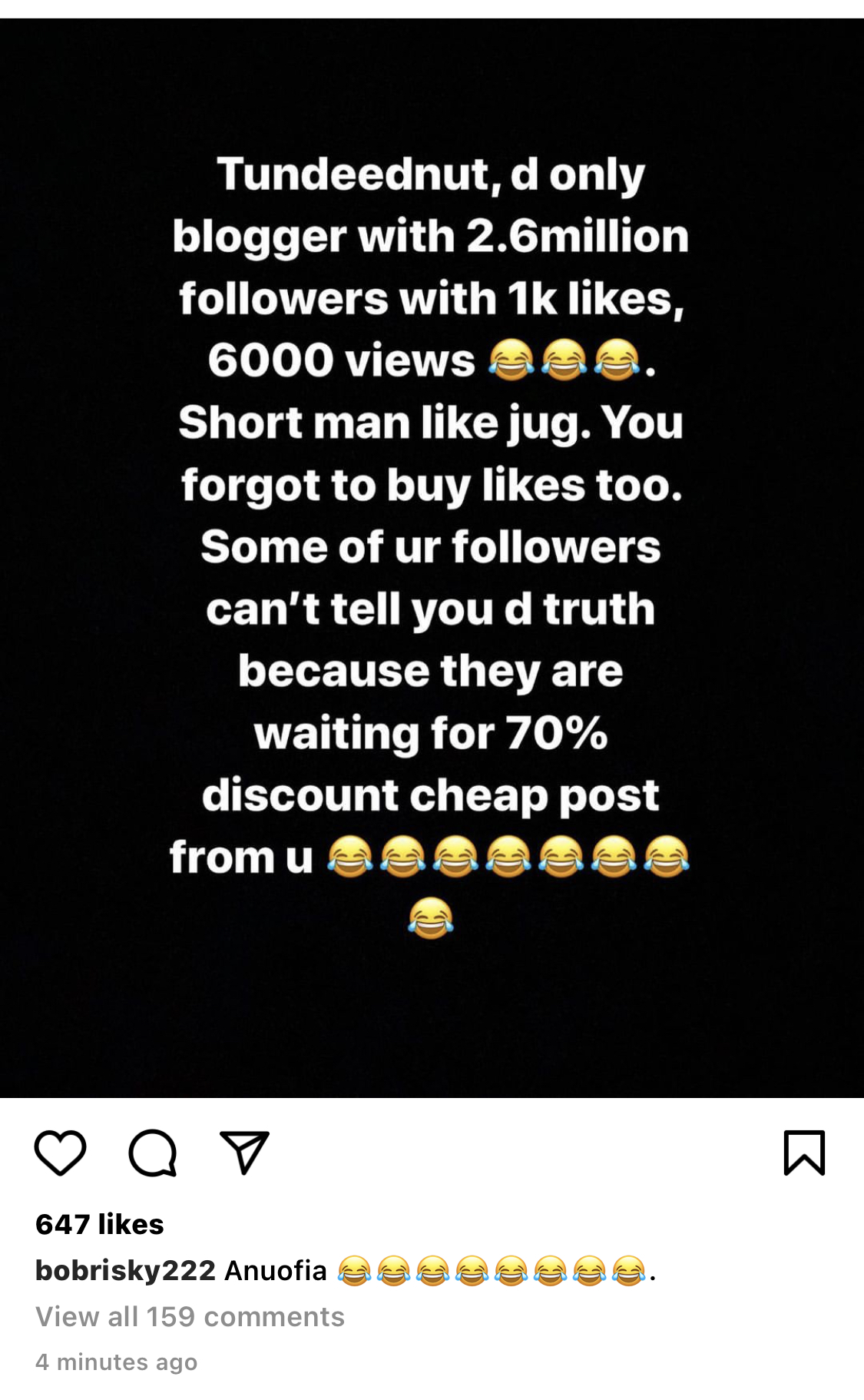 Ednut has also taken to Twitter to issue a note of warning to Bobrisky.

“Bobrisky I didn’t want to comment here but don’t let me expose you unless if you want the Police to be at your door step.
It’s very Risky to piss me off,” he tweeted.